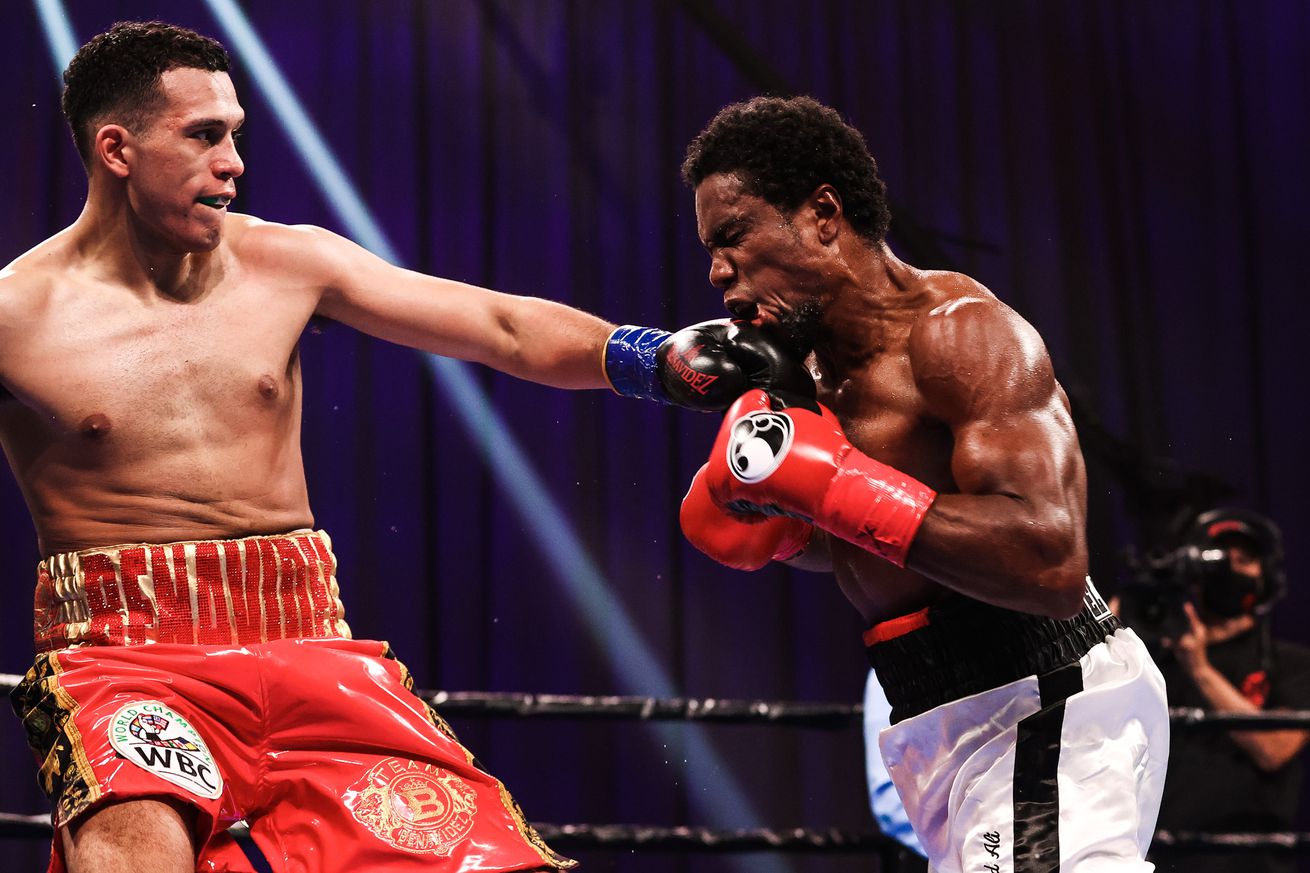 Notes: David Benavidez won on Saturday against Roamer Alexis Angulo, but he dropped his WBC belt on the scales on Friday, missing weight for the Showtime main event, and it’s the second time he’s lost that belt without ever losing a fight. Because of the weight miss far more than the dropping of the belt, Benavidez loses a couple spots here. Realistically, Canelo is the best fighter in this division, and in my view by a good bit, but he’s barely competed in the division, too. More likely than not, when he fights again, and it’s at 168, and he wins, I’ll bump him to No. 1 if it’s even a decently credible opponent. For now Smith is keeping the seat warm, and other than Canelo I think the rest of the notable top guys — Smith, Benavidez, Plant, Saunders sometimes — are about on the same level. Benavidez isn’t dropping because he performed poorly, but he was performing with an unfair advantage. All indications are that he’ll stay at 168. If he comes back, makes weight, gets a decent win, then maybe he pops back up, depending on what the others do. Bottom line: it felt like he should lose some standing here, so he does, and if he comes back well, he can go back up. It’s a rankings list that has no impact on fights being made or not made or whatever. You can disagree, but to me this felt like at the very least something that should be done.

Notes: Carl Frampton picked up a tune-up win on Saturday against over-matched Darren Traynor, which keeps him sitting where he was and awaiting a possible November clash with WBO titleholder Jamel Herring, who fights on Sept. 5 and has to hold up his end of the bargain. Frampton is aging and small at 130, and it was always going to be an uphill climb for him at this weight, but he’s also still tough, determined, and fights with a lot of heart. You can’t totally count him out against anyone except maybe Berchelt, in my view.