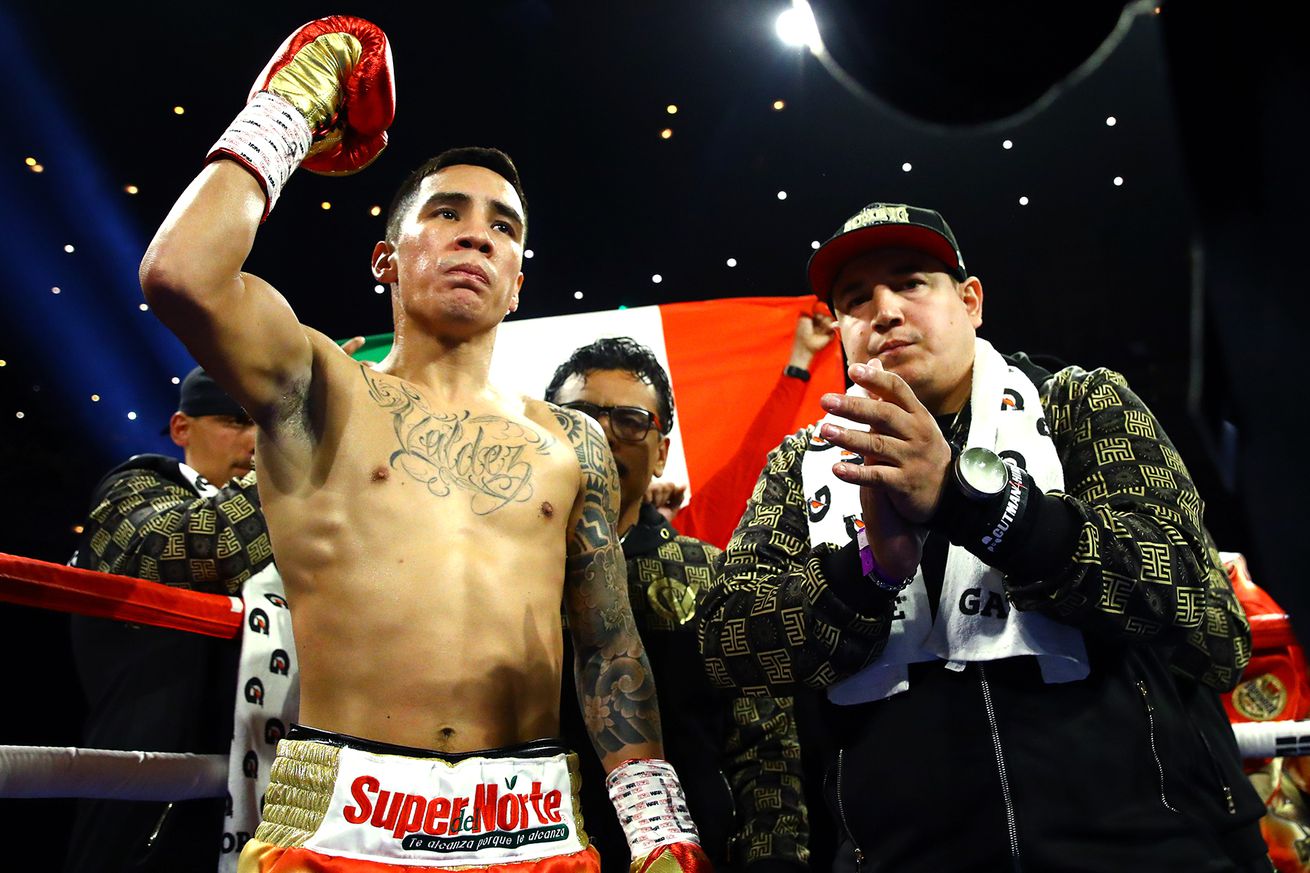 130 and 126 have been shaken up in a big way, while John Riel Casimero has joined the party at bantamweight.

Notes: Hogan will be out no matter what he does this weekend, since he’s making the move to 160, I guess unless he wins and then decides to vacate the WBC middleweight title because he wishes to return to 154? That doesn’t seem likely. Patrick Teixeira will be in next week. I could just do it this week but that’s inconsistent.

Notes: Here and a division down at featherweight, a lot of changes; at 126, it’s losing talent, at 130, it’s gaining that talent. Leo Santa Cruz entered last week, and this week, Oscar Valdez and Carl Frampton. Valdez wasn’t great beating late sub Adam Lopez, but he got the job done. If Berchelt is really next for him, that is a huge ask and one I don’t see going well. Frampton only beat Tyler McCreary in his move up, but his target is Jamel Herring, and I mean, Joseph Diaz Jr has only beaten Charles Huerta, Freddy Fonseca, and Jesus Cuadro (barely) since he moved up. Falling out are Andrew Cancio and Mickey Roman. Them’s the breaks, though one of them should be right back in a few weeks when Tank goes up to 135.

Notes: Boy, who figured losing a few top 5-ish guys in two weeks could make a division seem so much emptier? There’s talent here for sure, but we’re getting some new faces in a rebuilding class. Magsayo, a solid Filipino prospect, and Marrero enter to replace the departed Valdez and Frampton. Marrero is a solid “back of the top 10 or just outside” sort of fighter who likely will be facing Kid Galahad next in an eliminator. Magsayo, 24, lost out to Tepora a week ago when Santa Cruz went up, but I knew it was just waiting a week to get the other guy in anyway. Now if only we saw the No. 2 guy more than once a year against the likes of Kiko Martinez and Patrick Hyland and Oscar Escandon, this could be fun. To be fair he at least fought JoJo Diaz in 2018.

Notes: Casimero could easily have been in at the Nos. 9 or 10 slots before this week, but I just wasn’t convinced about him in this division against stiffer opposition. Then he smoked Tete on a couple right hands on Saturday, took the full WBO title, and, well, he’s a real player in yet another weight class. Casimero has quietly won world titles in three divisions in his career, and at 30 he’s not quite out of his prime or anything. He’s small at 18, but he’s got heavy hands and just plain has no fear in the ring. He wants Inoue, and he just might get him. Tete drops down to No. 8 with a long winning streak ending, but he’s still a contender.