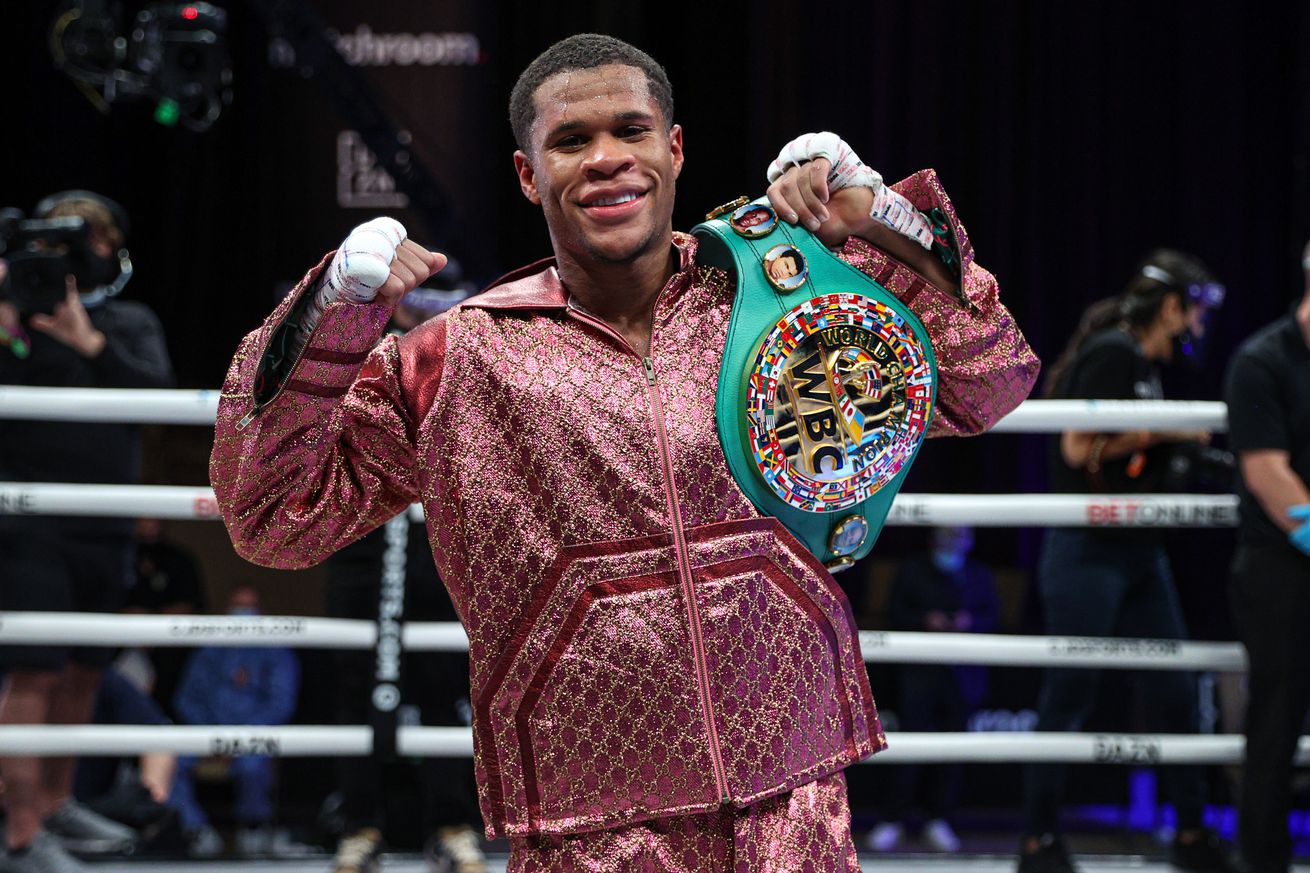 Notes: Time is not on Luis Ortiz’s side, and his meaningless 46-second win over Alexander Flores on Saturday told us nothing. He feels more and more like a placeholder at 41, in all honesty. The Dubois-Joyce winner on Nov. 28 really might make a case for inclusion over him. Also PBC and FOX should be ashamed of the boxing product they’ve put out since PBC returned from COVID hiatus in August. These have been absolutely miserable shows for boxing’s biggest natural audience, and given that it’s Nov. 9 as we speak, I don’t expect much better out of their Dec. 26 date.

Notes: I thought about maybe moving Haney down a spot after his unexciting win over Yuriorkis Gamboa, but a couple things stopped me:

Doug Fischer Tweeted on Saturday that he fielded some complaints about The RING having Haney basically in the same spot I do (he’s No. 2 contender, as The RING recognize Lopez as their champion, so No. 3 overall), and Doug said at the time that he didn’t see any reason to move Haney down. I basically agree with that; I mean, under whom, exactly? Davis looked great against Santa Cruz and I’m excited about that Tank in the ring, too, but that Tank hasn’t always shown up. Luke Campbell could move up if he beats Ryan Garcia, we’ll bet there in a few weeks, and frankly if Garcia beats Campbell, particularly impressively, his argument to jump all the way to No. 3 is legit. Commey and Linares are good vets, same with Fortuna. Kambosos is where he is.

I guess all I’m saying is yes, there are still questions about Devin Haney for sure. And pretty much everyone else has questions, too.

Notes: Nakatani claimed the previously vacant WBO title (Tanaka held it previously and is planning to move up to 115) with a pretty dominant win over Giemel Magramo on Friday in Japan. The two were ranked 9 and 10 last week, and as I said then and have said for weeks, a really good win for one or the other could catapult them up the rankings here, because boxing is weird to rank and a lot of guys spend a lot of time doing Not Much and sitting in spots. So Nakatani’s win vaults him up to No. 5, and the 22-year-old is a clear factor in this division now.

This division falls off a good bit after No. 5, honestly, but Acosta is dangerous, Harris showed he can fight against Martinez, and Rosales and Waseem are decent fighters, as is Kimura, who enters here at No. 10 having previously sat in the 108-pound rankings. He probably should have been out of there and here sooner, or at least in the discussion here sooner. His last major fight was at 108, but that was a year-and-a-half ago and otherwise he’s been at 112 since 2016, including his last outing in February. I wanted to see if he might chase another big fight at 108, but COVID inactivity has made so that he didn’t, and otherwise he seems more suited for 112 now.

Notes: Kyoguchi did not fight last Tuesday as planned, pulling out late due to a positive COVID test. South Africa’s Nontshinga enters the rankings with Kimura back at 112. The 21-year-old is listed at 4’11” with a 67-inch reach. He does have a clearly pretty good reach for the division, but looking at the footage of him, I do not think he’s actually 4’11”. It’s either that or Ivan Soriano is a good deal shorter than his listed 5’4”. Nontshinga has won a regional IBF belt and has built a little bit of hype out of his home country, which is not the easiest thing being South African and also a junior flyweight.