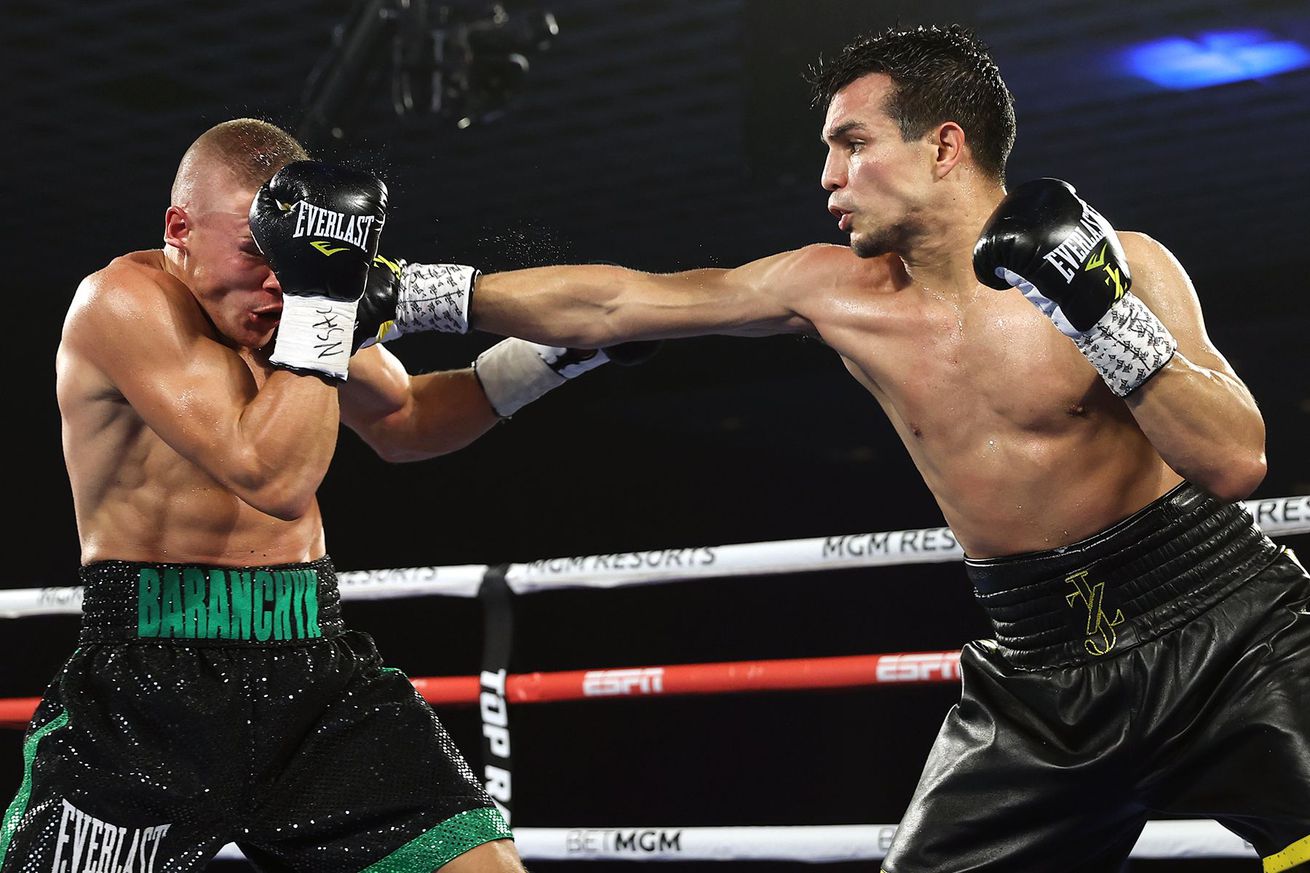 With a big win, Jose Zepeda has hopped into the top four at 140.

Notes: Saturday’s Zepeda-Baranchyk fight was a classic, an absolute war from start to fifth round finish, with Jose Zepeda knocking out Ivan Baranchyk to get a big win in a meaningful fight for the division. They’ve switched spots in the rankings this week, with Zepeda hopping from No. 6 to No. 4, and Baranchyk dropping from No. 4 to No. 6. Baranchyk isn’t old (he’s 27) but you get the sense we’ve probably seen as good as he’s going to be, and maybe that he’s achieved as much as he’s going to in a rankings sense, while guys behind him like Barrios, Ergashev, and Catterall might have more to give, maybe even Pedraza who is older and a veteran, but could still bust through nicely in this division, and him losing to Zepeda keeps looking more and more understandable, in all honesty. And remember, Zepeda gave Jose Ramirez a very hard fight in early 2019; he’s not too far off the top of the division, probably just right behind Prograis at this point.

Notes: Mark Magsayo won on Saturday night in a largely-ignored PBC main event, edging past Rigoberto Hermosillo via split decision, two judges living in reality and scoring it 96-94 either way, while judge Rudy Barragan saw it 100-90 for Magsayo, which was as bad a card as you’re gonna see. Magsayo remains a promising guy, and this division just doesn’t have a ton of truly proven talent at the top level, so I’m not dropping him from the top 10, but he falls from No. 8 to No. 10. I also don’t want to ignore that Hermosillo, even with just an 11-3-1 record and having lost three straight now, is a tough opponent, better than his record. But the last prospect he kinda “exposed” a bit was Manny Robles III, who then rushed into a title fight with Xu Can and got outclassed. The switch also means that this weekend’s Navarrete-Villa fight is a 6-9 matchup, which is nice. The winner of that one could well break into the top five, with Tugstsogt Nyambayar not exactly looking great in his last outing. If Navarrete dominates, he could be looking at a top three ranking, possibly, because the only guys in this division with really notable wins are Warrington and Russell.

Notes: Alright, I’m going to admit what I think now was a mistake — I had Terence Crawford too low, and he’s now at No. 5. I suspect I let my sincere belief that Miguel Berchelt is woefully underrated cloud my judgment a bit, to the point I probably overrated him; even having him No. 7 P4P might still be totally debatable to some, but I really do think he’s that good. That said, he doesn’t have the achievements Terence does, and I’ve adjusted the list. This is not from any pressure or whatever, sometimes I just re-think things.