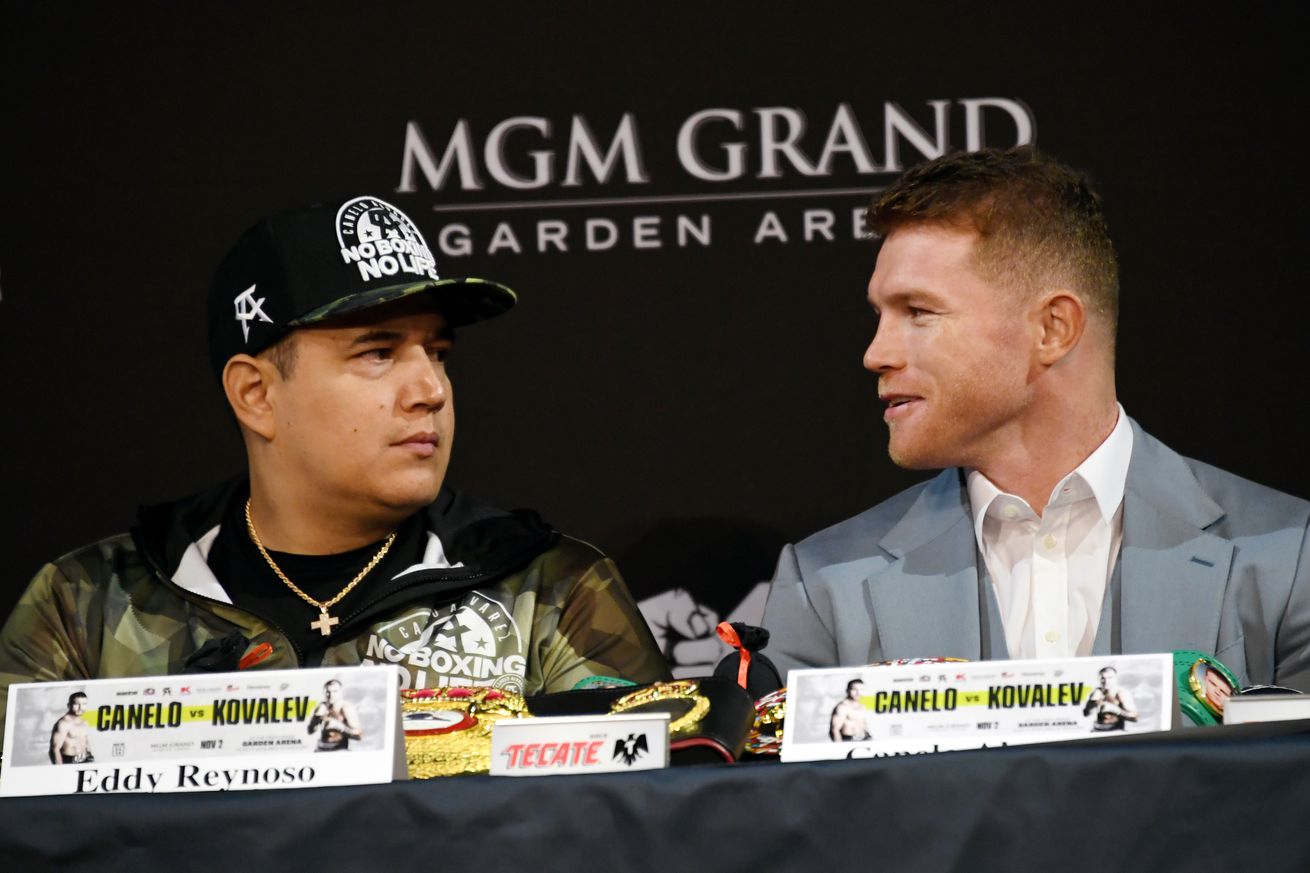 With Canelo missing out on his Cinco de Mayo fight, his trainer wants to make it up in the back half of the year.

Canelo Alvarez wasn’t able to make his expected appearance this month due to the COVID-19 pandemic but with organizers looking to get the sport moving again, trainer Eddy Reynoso says he’s hopeful that they can still squeeze in two fights for the Mexican star before the calendar year is over.

“We realistically want two fights this year. We couldn’t fight in May, so we are looking at September and December. We’re talking about (possible opponents) like Billy Joe Saunders. There’s also (IBF titleholder) Caleb Plant and the WBC world titleholder at 168 pounds (David Benavidez). There are several (possibilities).”

Reynoso would go on to say that with Golovkin insisting that he faces Kamil Szeremeta before going into a third fight with Canelo, the next potential Canelo-GGG fight could be staged in December.

It would seem that most fans would prefer a third fight to happen sooner than later being that Golovkin — now 38 years old — has been showing signs of age in recent fights and will likely only be declining in his physical capacity by the time he meets Canelo again. Canelo, conversely, is sitting right in what should be his physical prime at 29 and is coming off a highlight reel knockout of Sergey Kovalev last November to win a light heavyweight title.