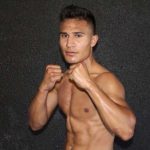 The 10-round bout will take place at the Osceola Heritage Park in Kissimmee, Florida and will air live on Telemundo (12 AM ET/ 9 PM PT).

The Espinoza-Valdes fight will kick off a four-week ’Boxeo Telemundo’ summer series that will take place in a studio-style setting with no fans in attendance. It will also mark All Star Boxing’s first show since the COVID-19 pandemic began.

All Star Boxing promoter Tuto Zabala, Jr. told The Ring back in April that the second season of ‘Boxeo Telemundo,’ which would have commenced on May 1, would be cancelled. That fight card was scheduled to take place at the Auditorio Blackberry in Mexico City.

The following ‘Boxeo Telemundo’ telecast on May 8 was scheduled to take place at the Osceola Heritage Park. Zabala thought he was able to promote fight cards in Florida after governor Ron DeSantis ruled the WWE as an essential service in April, allowing the sports entertainment giant to air live events without an audience at its performance center in nearby Orlando. UFC also promoted three fight cards in Jacksonville in May.

The ruling also gave the green light for boxing to take place in the state, but after speaking with officials and the state boxing commission, Zabala decided to postpone the entire season in May. In place of what would have been live action on the Spanish-language network, Telemundo aired fights from their library during the 90-minute telecasts, including those with Canelo Alvarez as a prospect.

Espinoza (24-3, 21 knockouts) lost by knockout to current WBO titleholder John Riel Casimero on April 20 of last year. It was one of the best action fights of 2020, where the fight was even going into the final round, which ended with Casimero stopping Espinoza.

The 22-year-old Espinoza rebounded from the loss to Casimero on December 13, knocking out Andres Garcia Guzman in the opening round in his hometown of Tijuana, Mexico.

Valdes (13-0, 7 KOs), who resides in Barranquilla, Colombia, will take a significant step-up in opposition against Espinoza. In his last bout on August 24, the 21-year-old defeated former bantamweight contender Jesus Martinez by unanimous decision.

The victory over Martinez was Valdes’ first eight-round bout as a pro and his first against a fighter with a winning record.

The post Ricardo Espinoza faces Brandon Valdes on August 14 in Florida appeared first on The Ring.