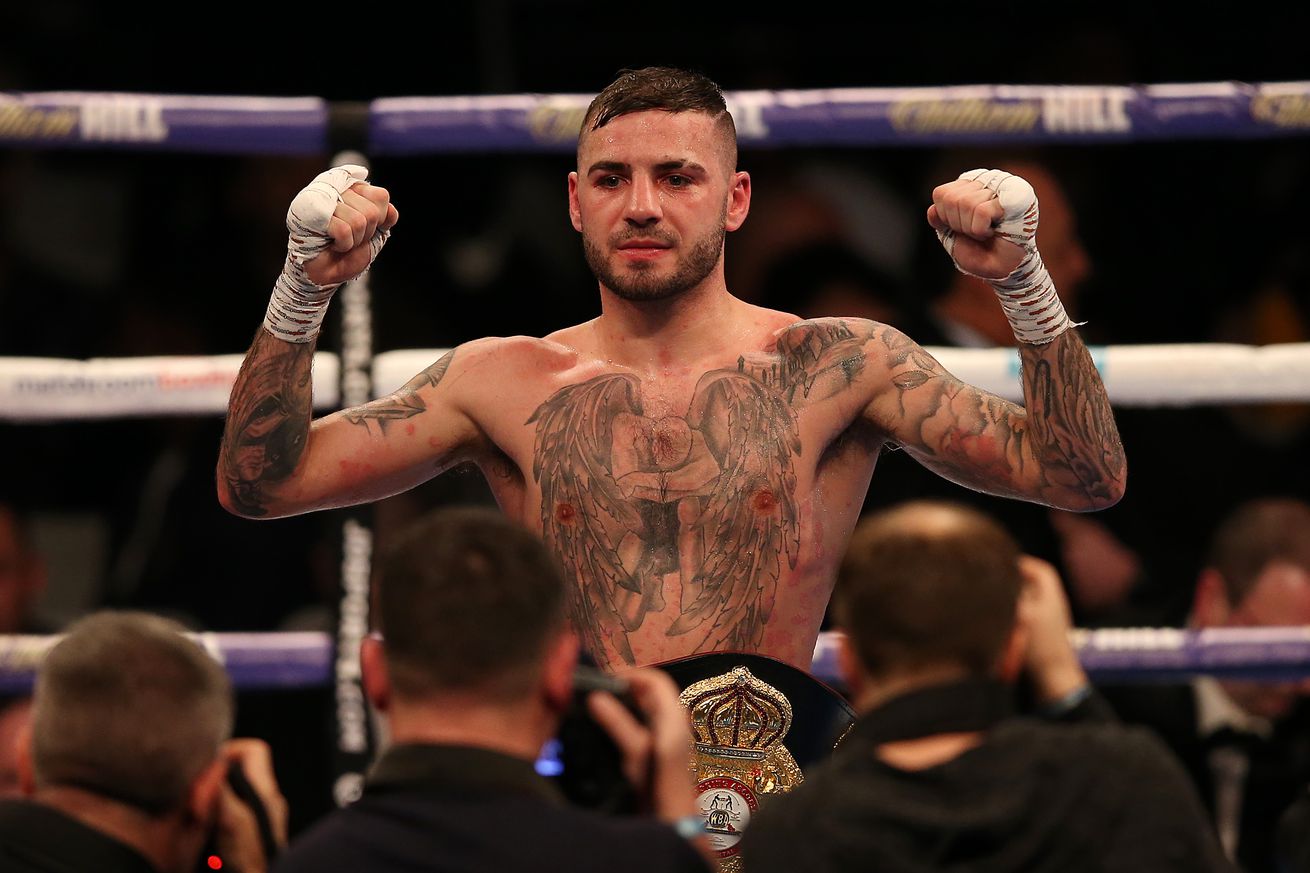 The two meet in a DAZN-streamed main event this weekend.

Lewis Ritson and Miguel Vazquez were originally supposed to meet earlier this year, but like a lot of fights plans had to change, and now on Saturday (DAZN, 1:30 pm ET), the two will finally meet in a main event from Peterborough, England.

The bout was originally meant to be a Newcastle home fight for the 27-year-old Ritson (20-1, 12 KO), who last fought a year ago, beating Robbie Davies Jr by decision in front of Ritson’s hometown fans. It was a good win and confirmed that Ritson had plenty to offer at 140 pounds, having previously held the British title at 135, but losing a decision to European champion Francesco Patera in 2018.

Ritson says that the lengthy delay has benefited him, as he and his team have had a full year to work on his game, and that he’s confident going into this fight that rust won’t be a problem.

Vazquez (42-9, 16 KO) is a 33-year-old veteran from Mexico, who won the IBF lightweight title back in 2010 and made six successful defenses before a highly controversial decision loss to Mickey Bey in 2014. Vazquez was never a particularly popular champion, but he was a crafty, tricky guy, had a veteran’s tool set from a young age, and gained valuable early experience — Vazquez’s pro debut in 2006 was against a young lad named Saul Alvarez, you may have heard of him, and he also fought a young Tim Bradley in 2007. He also rematched Canelo in 2008 before breaking through a bit in 2009.

But Vazquez is also not in the peak of his career at this point. He moved up in weight back in 2016, and has since lost to Josh Taylor, Ohara Davies (bit of a robbery, in my view, but that’s just me), and Batyrzhan Jukembayev.

Ritson, 27, does admit that Vazquez is probably past his best days, and says if he’s on point, he should be able to stop him.

“If I bring my A game, I’ll be too much for Miguel and will stop him,” Ritson said. “I think he’s probably a little bit on the slide whereas I’m still on the way up, so we’re meeting bang in the middle. This is the exact type of fight where I can gain more experience to move to the next step. He’s been there and done it. We know what he is all about and what he will bring.”

But Vazquez can’t be just counted out here, and Ritson isn’t doing that, either. He’s still a smart, tricky fighter who has stuff up his sleeve in a tight spot, and he’s only been stopped twice, by Thulani Mbenge in 2018 and Josh Taylor in 2019. Ritson will really have to be on his game to get Vazquez in that sort of vulnerable state, but it’s a good ambition to have, and it would be more of a statement than out-pointing him, too.