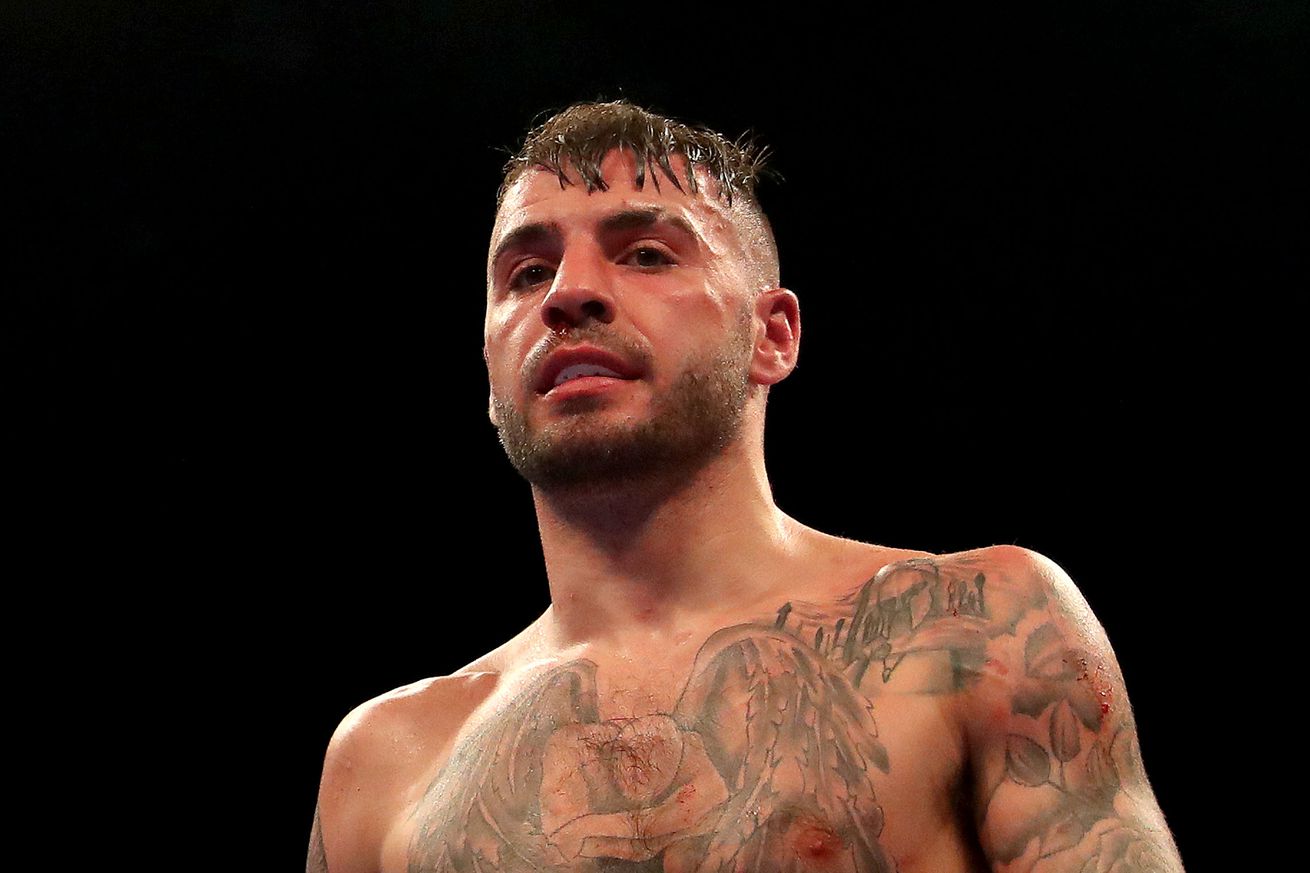 Lewis Ritson has clawed his way back into the spotlight with a big win at home in Newcastle.

A year ago in Newcastle, local hero Lewis Ritson challenged for the vacant European lightweight title and dropped a decision to Francesco Patera. He said then that he’d let his fans down.

Today at the same venue, Ritson thrilled the crowd in a world title eliminator at junior welterweight, beating Robbie Davies Jr by decision in a grueling, action-packed fight.

The fight started fast, with Davies (19-2, 13 KO) getting the better of a fast-paced war in the early going, though Ritson (20-1, 12 KO) was hanging in there punch-for-punch. It did seem, though, that Ritson was maybe feeling the pace and the heft of the shots a bit more than his opponent, and in the middle rounds he made some adjustments.

Those adjustments led to Ritson boxing a bit more, which slowed Davies down just enough to turn the tide for the judges.

“I said this was my coming out party, and I was 100 percent right,” Ritson said. Ritson added that he indeed believed that he was able to clinch the fight in the second half, boxing more and going toe-to-toe less.

Ritson also encouraged his home fans to stop booing Davies during the post-fight interviews, showing his opponent a lot of respect after a hard fight.

“Obviously, I’m devastated. I had the game plan to push him back, seeing the size difference,” a dejected Davies said. “Lewis changed tactics in the middle of the fight and started giving me a bit of trouble. I thought in the later rounds I was controlling the majority of the rounds, and Lewis would have a good flurry. That must’ve been what got the judges.”

“I hope he goes on and challenges for the world title, and I hope he does well,” he said.

Ritson, 26, is now in line for a WBA 140-pound title shot of some sort. The “super world” WBA title is currently vacant, but will be up for grabs in next week’s fight between Regis Prograis and Josh Taylor, a rarity for the sanctioning body to put a “super world” title up for grabs as a vacant belt. The “world” title is held by Mario Barrios, who claimed the belt in another vacant title fight on Sept. 28, winning a tight decision over Batyr Akhmedov.