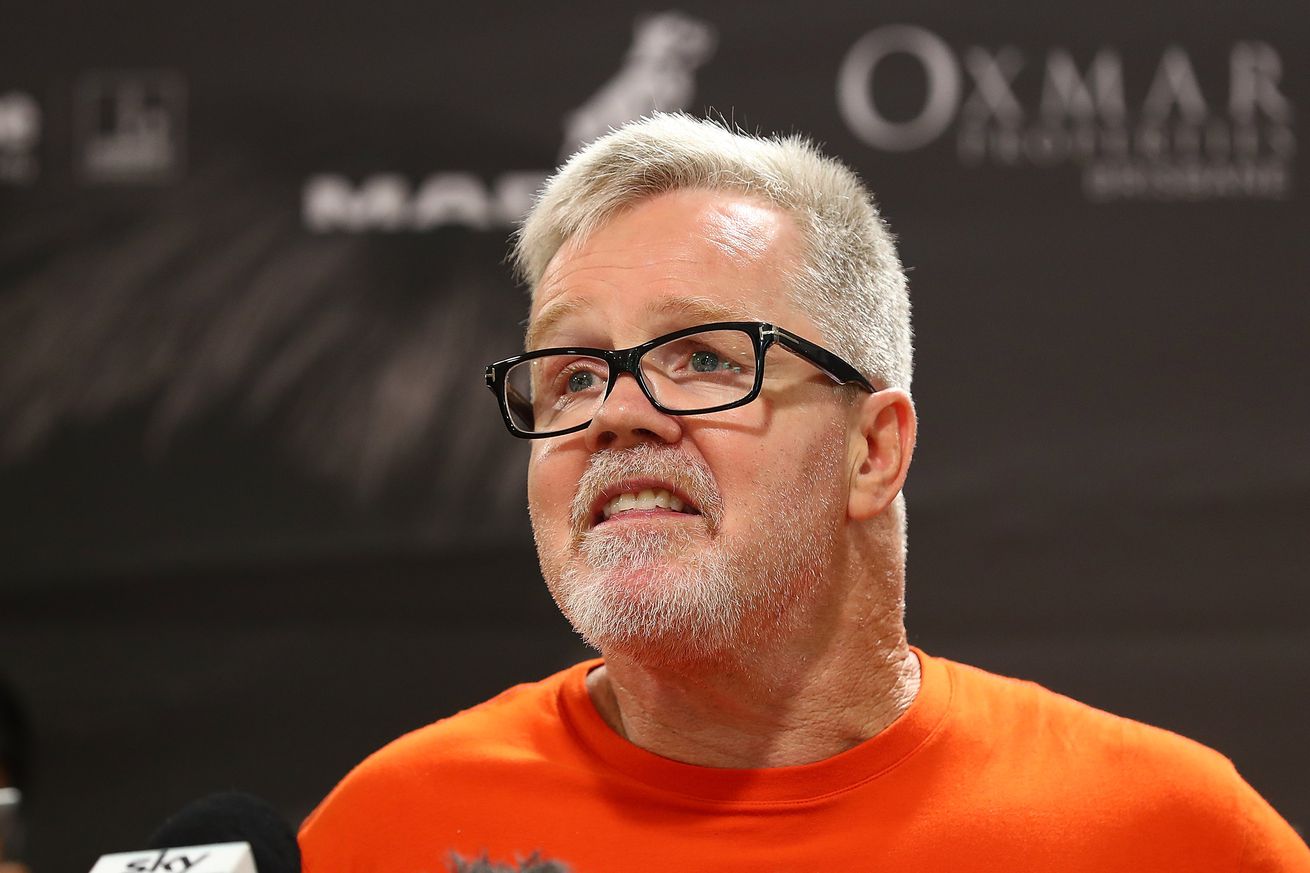 “Dedham” Freddie Roach is in New York City counting down to Saturday night, when he corners Christopher “Pitufo” Diaz, who gloves up against 126-pounder Shakur Stevenson, who is on the short list of hottest prospects in the fight game.

The tutor, best known for his relationship with Manny Pacquiao, touched on several topics during a chat with Bad Left Hook at MSG after the press conference for the main event finished up on Wednesday.

“Big Baby” Miller tested positive for a banned substance, the performance enhancer GW1516. Miller was to fight on June 1 at MSG versus Anthony Joshua.

“It’s a new one out, very, very powerful. I still say if they (ban them) for life, they won’t do drugs,” Roach said. “If they get slapped on the wrist, who cares? But you won’t do the drugs if there’s a chance at a ban for life. Hey, it’s attempted murder, it’s a combat sport, let’s face it. He should be banned forever. It’s heavy duty, but that’s the way it is, it’s true.”

My three cents: First off, we have to let this play out. We have to know more about the test, the A and B samples. Then we have to hear from Miller and his team. Were there extenuating circumstances? But pretty darn quick, we have to know if Miller is in or out.