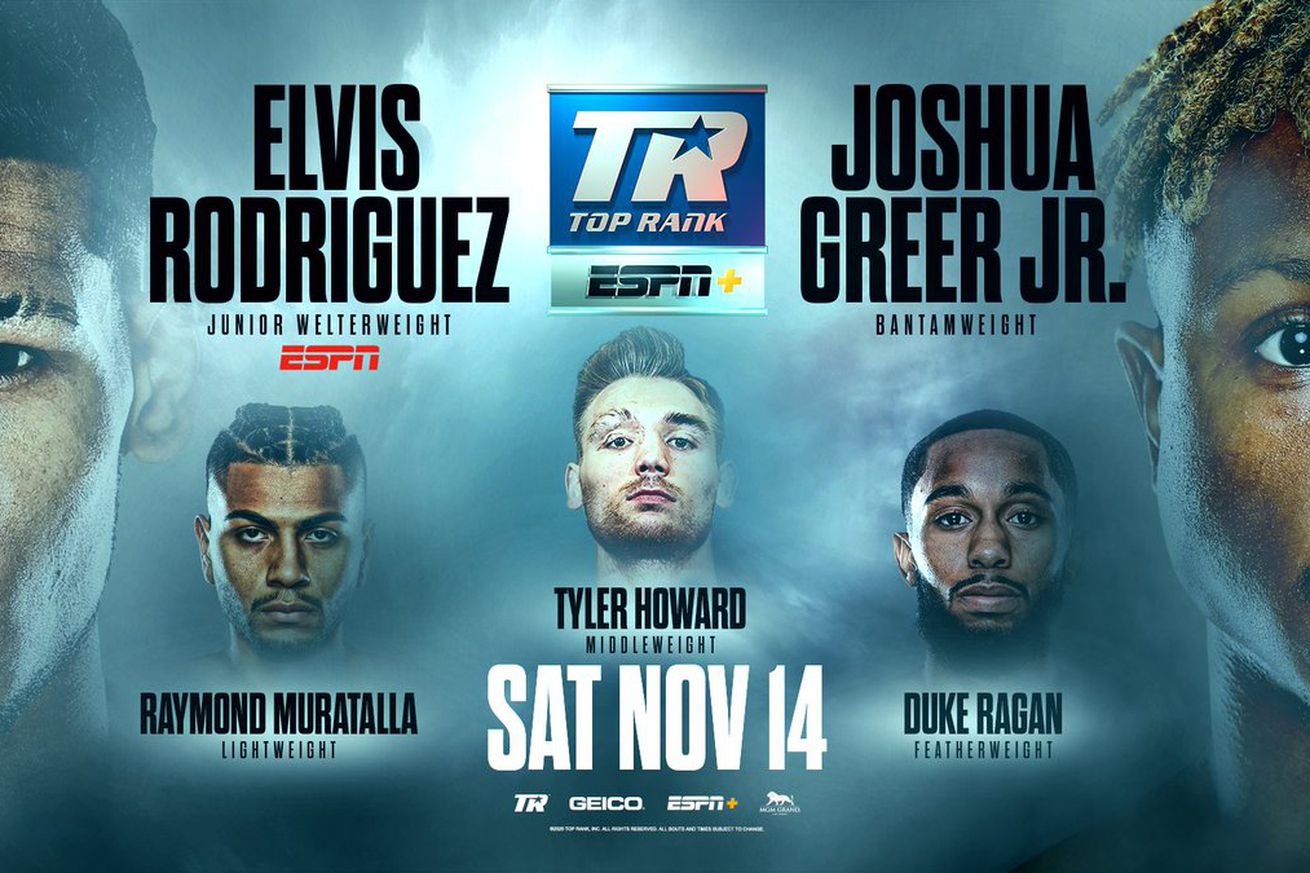 Tyler Howard, Rarmond Muratalla, and Duke Ragan are set to appear on ESPN+

Top Rank’s November 14th ESPN show in Las Vegas, which features Terence Crawford vs. Kell Brook in the main event and a rematch between Joshua Franco and Andrew Moloney in the co-feature, will also see the return of top prospect Elvis Rodriguez in the broadcast opener and a number of promising youngsters on the undercard.

Rodriguez (10-0-1, 10 KO) has continued to impress during his five-fight 2020 campaign, at one point stopping three opponents in under six cumulative rounds. His October bout with the very tricky Cameron Krael was supposed to be a test, but the 24-year-old ended up demolishing the veteran spoiler in three.

“This is going to be my fifth fight in ‘The Bubble’ and my sixth of the year. I feel grateful for the opportunities Top Rank has given me and the great effort of my team to keep me fit and ready,” Rodriguez said. “I would like to be recognized as Prospect of the Year.

Representing the Dominican flag is a source of pride for me. I am committed to bringing a world title to my country.”

TBA currently has the assignment.

The ESPN+ portion features bantamweight Joshua Greer Jr.’s (22-2-1, 12 KO) first fight since his upset loss to Mike Plania in June. He takes on Edwin Rodriguez (11-5-1, 5 KO), not to be confused with “La Bomba,” in a fight that figures to be easier on paper than in reality. The Puerto Rican has gone 3-1-1 in his last five against undefeated opponents, including an upset split decision over Saul Sanchez last year.