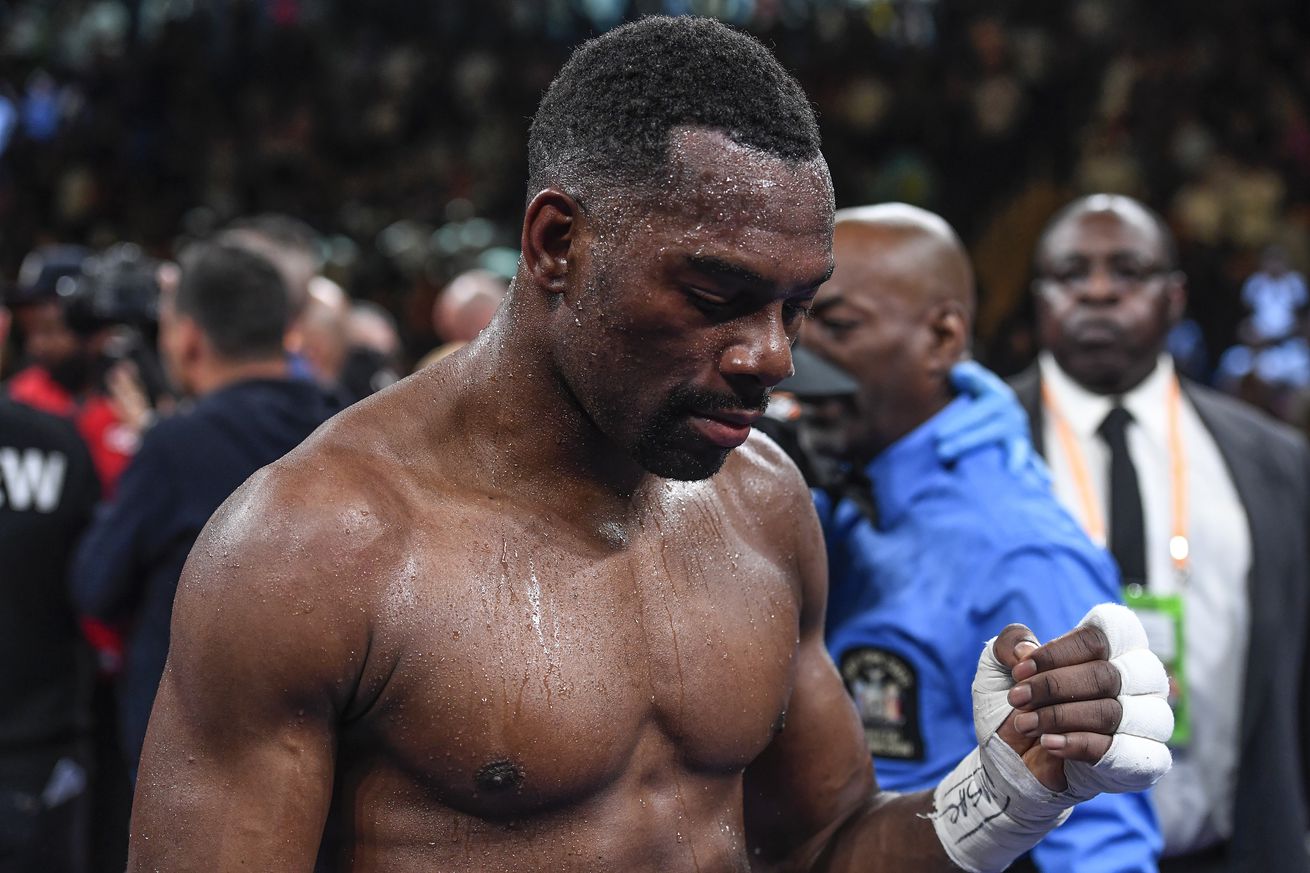 Steve Rolls took his first L as a pro, but hopes to someday be in a position to challenge GGG again.

He used the same dressing room at Madison Square Garden that Andy Ruiz did the week before, and yes, he hoped some of the vibes, some of the magic would transfer to him.

Alas, it didn’t, not enough of it; Steve Rolls liked how it went in round two against Gennadiy Golovkin at MSG’s big room, but then the GGG experience really kicked in, the Canadian explained to Bad Left Hook.

The Toronto resident said that fight week went well, he didn’t hate all that media attention, he didn’t feel overwhelmed by the hubbub, and butterflies didn’t impact his effort.

”I felt we prepared properly, I felt confident, felt good going in. I have nothing negative to say, I felt great, though I was definitely expecting a different outcome.”

And yeah, the Ruiz magic — we can surmise then that the dressing room didn’t have enough magic dust left over.

”Yeah, I was told I got the same dressing room. But I think it takes a little bit more than that!”

And the fight — talk to us.

”I felt going in I could handle his power, and on fight night, my guard was up, a lot of his shots were on my guard. He is a hard hitter. The shot he threw that hurt me, on the top of my head, it was a looping shot, I haven’t seen him throw that so much in awhile. I guess we kind of forgot about that.”

The looper came a couple times, and the nasty looper “just hit me in the right spot. My coordination went off, I was disoriented and he capitalized. He then caught me on the chin.”

Rolls said that going in they wanted to be a bit awkward, throw shots from angles.

“My game plan was to get working more in round five, six. I was warming up, then he landed that one shot (which threw off his equilibrium). His (perceived) lack of head movement, we had picked up on that, but he was working his movement in the first round. You could see he was working on a few things.

“Then I had success in the second round and GGG went back to his old ways, because things were harder than anticipated. He got aggressive and he tried to get me out of there. His experience, he’s such a great fighter, and I’m not used to getting hit flush on the top of the head. He’s like the only guy that throws that shot, it’s been awhile since he used it. He has that experience to bring it out of his tool bag.

“People ask if he’s slowed down, I don’t think GGG is slowing down. His last fight with Canelo, it was razor thin, and Canelo has so much experience, he’s one of the best and he’s proven it. The first fight, I thought GGG won. The second was razor thin, and I think GGG is still at his best. I thought it would have been a more competitive fight, and now it’s back to the drawing board. I’m going to come back much stronger, and I’d love to do a rematch a few fights down the line.”

We touched on that strange and uncomfortable feeling of trying to deal after getting hurt, as occurred when a high on the head hook, a left hand, shook him.

”You try to stay calm as possible, my coordination was off, I was trying to keep composed, I tried holding, he knew I was hurt, he could avoid holding, my hats off to him,” Rolls continued. “The stoppage, it is what it is, I was trying to get up, I was trying to catch my balance, the ref counted. I know me, if I had beaten the count, I would have fought on, there’s no quit in me. I wasn’t in the best position to continue.”

Yes, the 35-year-old Rolls believes that at 37, GGG is still a top-tier ace, there’s been no significant slippage in his game.

”GGG is one of the best, or the best, my hats off to him,” he said. “And this was my first fight against a guy of this caliber. We’d been trying to get fights against guys in the top 20, top 10. To go from fighting guys of a certain caliber, to the number one guy — I learned a lot, and I will work my way up, and I’d like to get a rematch. A lot of guys he’s beaten, they aren’t asking for a rematch, they move on with their career. I’d love to get in there with him again.”

He will grab a few weeks off, he said, enjoy some buzz from the Raptors NBA Finals win, and then get back to training. He’s aiming to glove up again in maybe September or October.

Rolls summed up the experience, his step up bout which didn’t go his way, but that he will seek to learn from, and get better from.

“Look out for me, I believe this was just the beginning, real champs bounce back from losses and yes, it’s a tough pill to swallow. I don’t like to lose, but you gotta move on, learn from it, look to come back much stronger!”