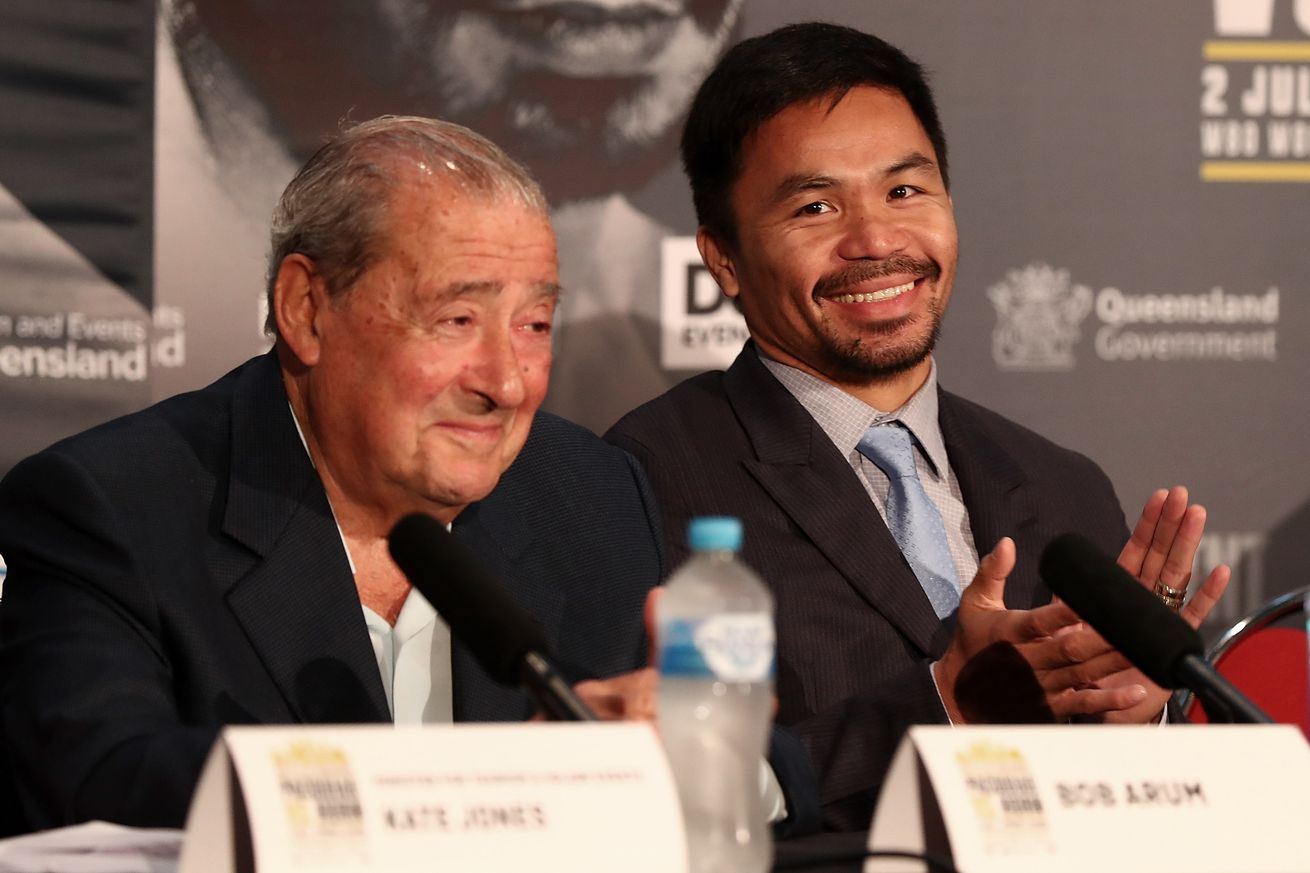 Bob Arum had some thoughts and more from Thursday.

Miss anything Thursday? Catch on up!

Top Rank promoter Bob Arum shared some thoughts. A big one is that he doesn’t think Manny Pacquiao should be fighting anymore, fearing for the 40-year-old superstar’s safety:

“I wish him the best and I hope he wins the fight but I am concerned, as I would be for any fighter, that when they get to a certain age that they probably should be fighting anymore. You know, I mean, the doctors will tell you that the cranium as you get older, thins out. So a guy that’s younger gets hit and the cranium absorbs the blow so that it doesn’t affect the brain matter. When they get older the cranium is thinner, and when you get hit it affects — that would be the worst thing in the world if Manny Pacquiao suffered brain damage at this point.”

Rumors of Premier Boxing Champions being for sale are more than just rumors, as Mike Coppinger confirmed via The Athletic that there have been talks between Al Haymon and Ari Emanuel, whose company owns UFC.

We’ll have staff picks up tomorrow at Noon ET (Fury-Schwarz, Hart-Barrera), 2:30 pm ET (Briedis-Glowacki, Dorticos-Tabiti) and 4:30 pm ET (Warrington-Galahad), so make sure you swing by.