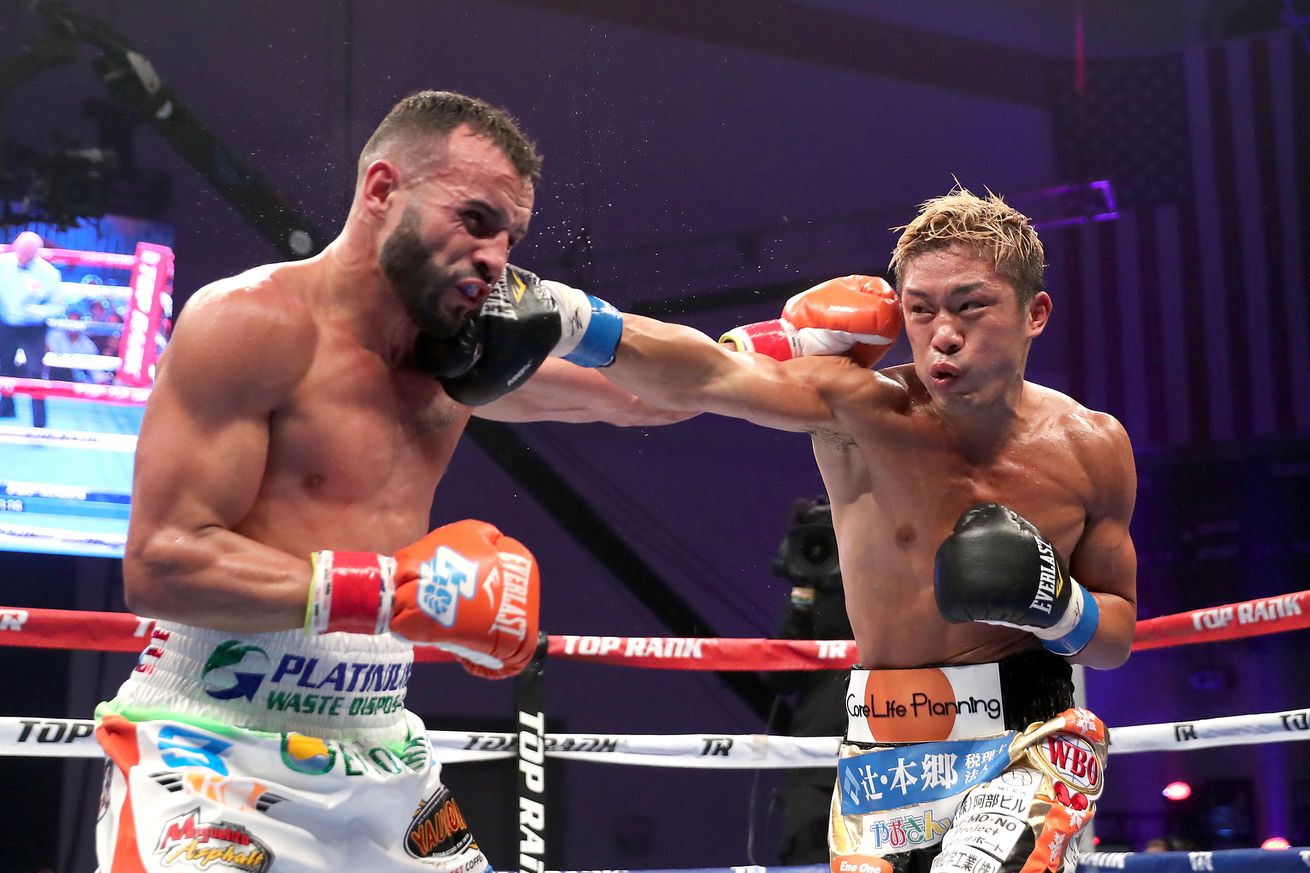 We’ve got a full night of live coverage coming, plus updates on the Joshua-Ruiz card and more.

It was a day in boxing. Catch up with what you missed.

Saturday will be a full night of live coverage, even though we don’t have any real marquee matchups.

The biggest show of the night is headlined by Masayuki Ito and Jamel Herring for Ito’s WBO super featherweight belt on ESPN. Live coverage will start at 6:30 pm ET with ESPN+ prelims, and we’ll have round-by-round for the ESPN main card at 10 pm ET.

DAZN has Devin Haney vs Antonio Moran and much more at 7 pm ET, and PBC has live coverage starting at 6 pm ET with prelims on FS2, then the Austin Trout vs Terrell Gausha main card at 8 pm ET on FS1.

On Friday, our staff made their picks for Ito vs Herring and Trout vs Gausha.

On June 1, we do have more of a marquee show coming, when Anthony Joshua returns to face Andy Ruiz Jr at Madison Square Garden, live on DAZN. Joshua Buatsi finally got his opponent for that card, as he’ll face Marco Antonio Periban. It was also announced that Souleymane Cissokho and Diego Pacheco will be on the MSG bill.