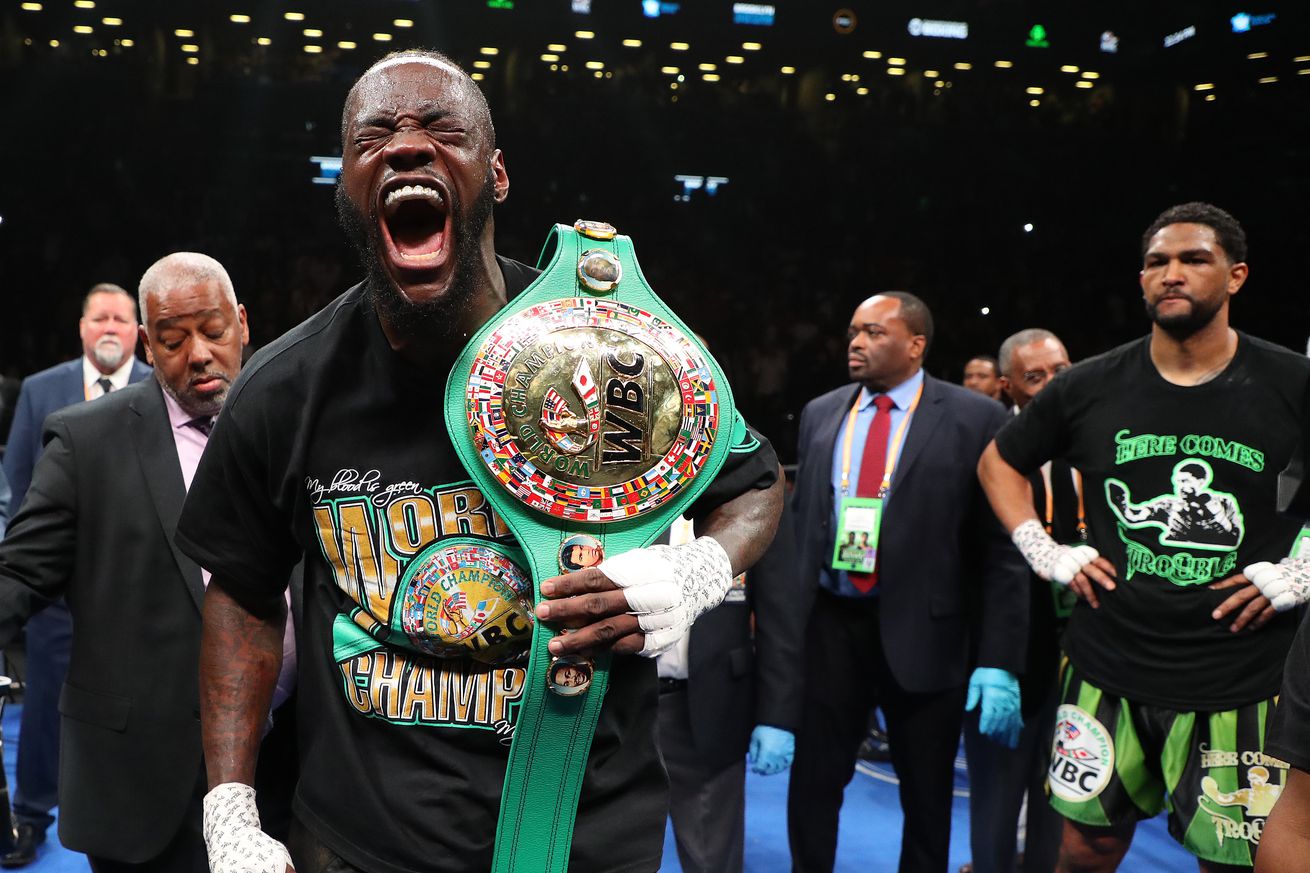 Deontay Wilder’s next fight is official and more from today in boxing.

Miss anything on Tuesday? Maybe you did. Here’s what we had.

It’s Joshua-Ruiz fight week, but the biggest story of the day is that Deontay Wilder has announced his next fight is signed. As most everyone expected, it will be a rematch with Luis Ortiz.

Lance Pugmire reported that the fight would be held at Staples Center in Los Angeles, and Mike Coppinger tweeted that it’ll be a Showtime pay-per-view on Sept. 28, a tentative date.

You have to admire or at least chuckle at the way Wilder has handled this complete inevitability that he very obviously knew was the next step before he ever got into a ring with Dominic Breazeale on May 18. Wilder took care of his business in highlight reel fashion that night, then got the screws put to him by Jim Gray, and he put on the puppy dog eyes and begged the public for patience. Meanwhile, Luis Ortiz was in the ring ready to announce their rematch, but Wilder was savvy enough to realize that with the way Gray had just badgered him, it was absolutely not the right time.

So Deontay did the “please have patience” bit again on Inside PBC Boxing, waited another week or so, and finally dropped the announcement on Twitter, complete with fire emojis and a claim that their first fight was so controversial that it HAD to be run back. He gave it just enough time after the Gray interview and public demands for Joshua or Fury to come next before announcing that, of course, they were not coming next, that it was obviously going to be a Luis Ortiz rematch.

I’m not hating. It’s some well-orchestrated stuff. And he even announced it while everyone is otherwise busy filling their diapers about what a bad fight Joshua-Ruiz is, too, and two weeks short of everyone dumping on Fury-Schwarz fight week.