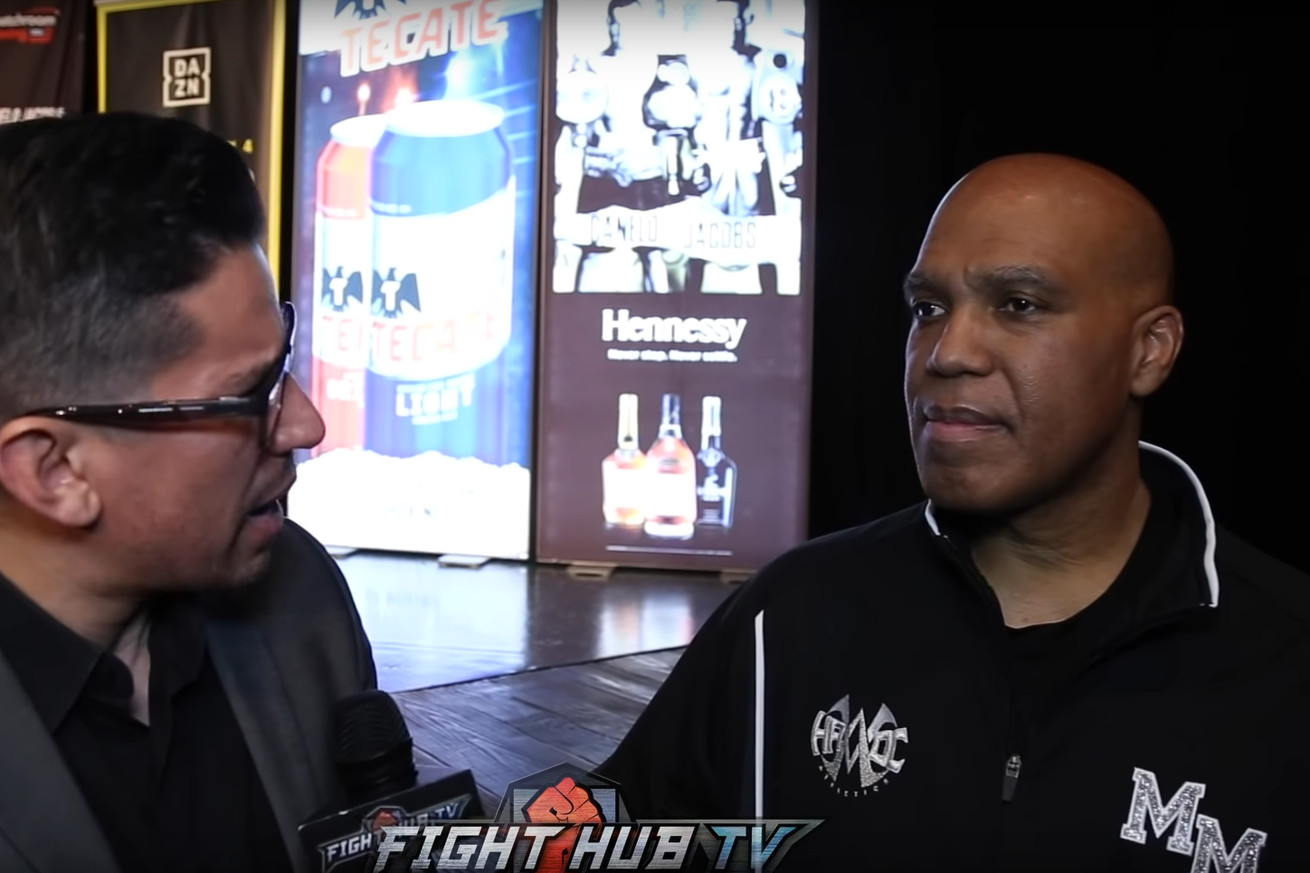 Andre Rozier breaks down his expectations for this weekend’s main event on DAZN.

In this video interview with Danny Jacobs’ trainer Andre Rozier, the lead trainer fields questions from Fight Hub TV about his expectations for this Saturday’s middleweight title unification against Canelo Alvarez. Check out what he had to say…

Rozier on what they’ve been focusing on in Jacobs training camp:

“Well basically like each and every assignment…articulation, sharpshooting, building strength and wherewithal — that was all covered. Each camp is really just a testament to preparing the body once again for the warfare that is gonna take place in the ring. And we’ve done that most exemplary this time.”

On if they trained differently for Canelo than they did for the Golovkin fight:

“No, there was really no difference. We worked really hard. We worked on the things that would be an asset to Danny and I think you’ll see on Saturday what that hard work is all about.”

On if they view Canelo as a more dangerous fighter for Jacobs than Golovkin was:

“Well, I don’t feel he’s a more dangerous fighter. I just think he’s a different fighter. But every fighter is a fighter who can cause you problems and give you difficulty, so we’ve prepared for that. Danny is gonna be ready, in rare form, and you’re gonna see a fantastic bout.”

On Jacobs believing Canelo’s team insisted on rehydration clause in order to make him weak for the fight:

“I think they thought it would be something that would hinder Danny, but he made the weight in the Derevyanchenko fight and he’s gonna make it on Friday and then on Saturday morning and he’ll be ready to perform Saturday evening.”

On if the rehydration clause makes any difference from when it’s not in the contract:

“It doesn’t in my eyes because nonetheless, where you rehydrate from that point — the second weigh-in is at 8:00 in the morning — he has a full day to get back on track to where he’s comfortable so I don’t think it’s gonna make a difference at all. I think it was a weak ploy that just was a waste of time.”

On how he feels about their chances on Las Vegas scorecards if this fight goes the distance:

“Well, I think that we’ll have some fair judging taking place. I don’t think there will be any bias — at least I hope not. And if it’s a decision it will be rendered in the appropriate direction of the athlete who won, which will be Danny Jacobs.”

On if that means he has no worries that Canelo as the “A-side” will get the nod in a close fight, and if he’ll feel the need to urge Jacobs to do something big in order make it decisive:

“Well, I would say that if we were in Brownsville, Brooklyn and it was at the Van Dyke Community Center, ‘We gotta get to work!’ If I feel it’s close I’ll let him know we need to charge it on a bit more and pick up the pace.”

On if he thinks Jacobs wins by KO or if it goes the full 12:

“I think Danny’s gonna win by explosive and very exciting performance…by whatever God may choose [laughs]…These are two very gifted athletes. Usually when you have two gifted athletes you’re gonna have a decision at the end of the fight and I think that’s what’s gonna happen.”