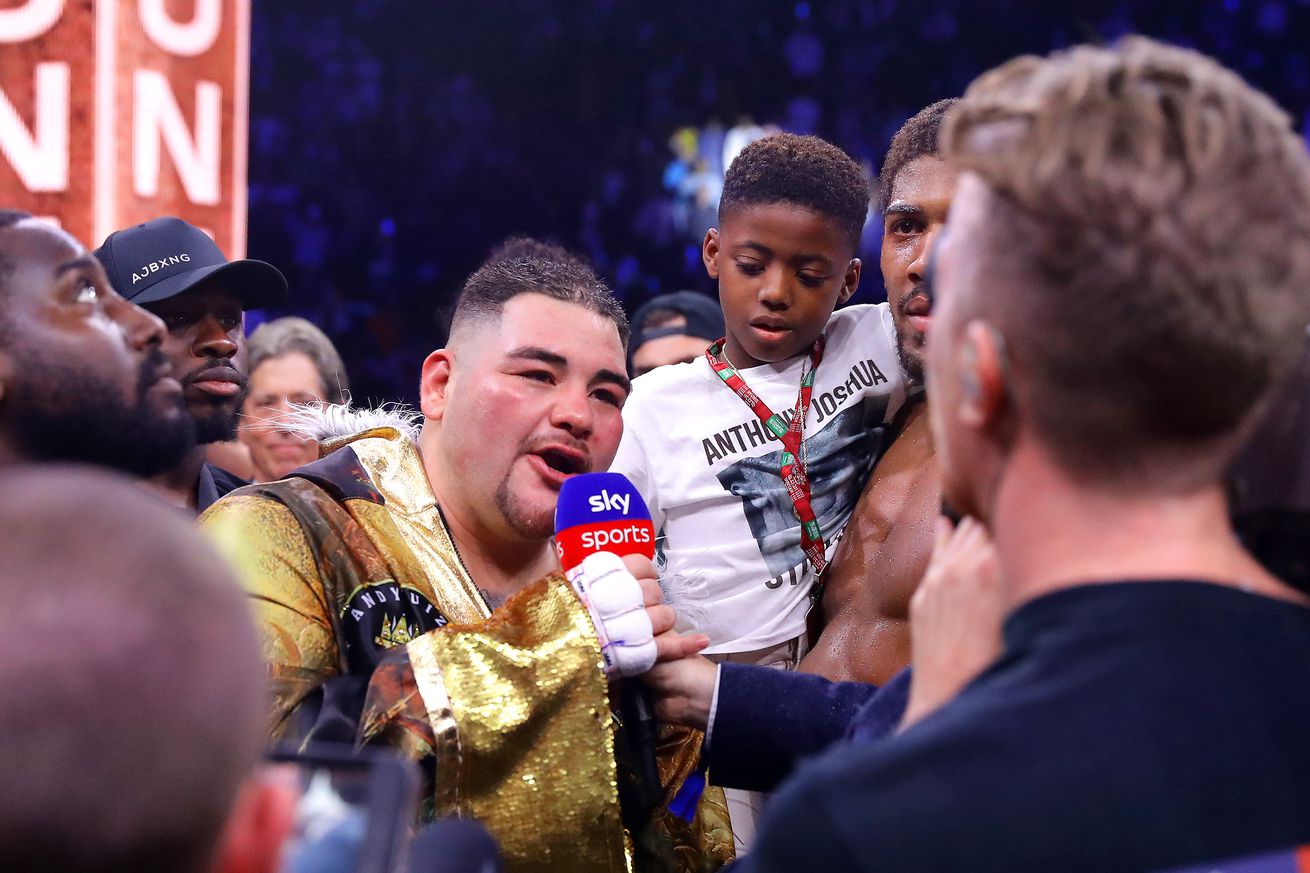 Ruiz was expected to headline a November 7th PBC card

Despite earlier reports linking him to a November 7th fight with Chris Arreola, it looks as though we won’t be seeing Andy Ruiz Jr. in action this year. “The Destroyer” announced yesterday that he’s just begun working with new trainer Eddy Reynoso for a 2021 return.

According to Ruiz (33-2, 22 KO), he’ll be fighting “very soon” and will “train hard,” though he doesn’t know whom he’ll face. PBC reportedly intended to match him up against Luis Ortiz after the pair faced tune-up foes on that November card, but I can’t imagine them jumping right into that matchup instead of letting Ruiz get acclimated to his new team against an Arreola-level opponent.

The 31-year old has been out of action since an embarrassing loss to Anthony Joshua in their rematch last December, a fight in which he came in visibly overweight and out of shape. He fired longtime trainer Manny Robles afterwards, then linked up with 2019 Trainer of the Year Reynoso.