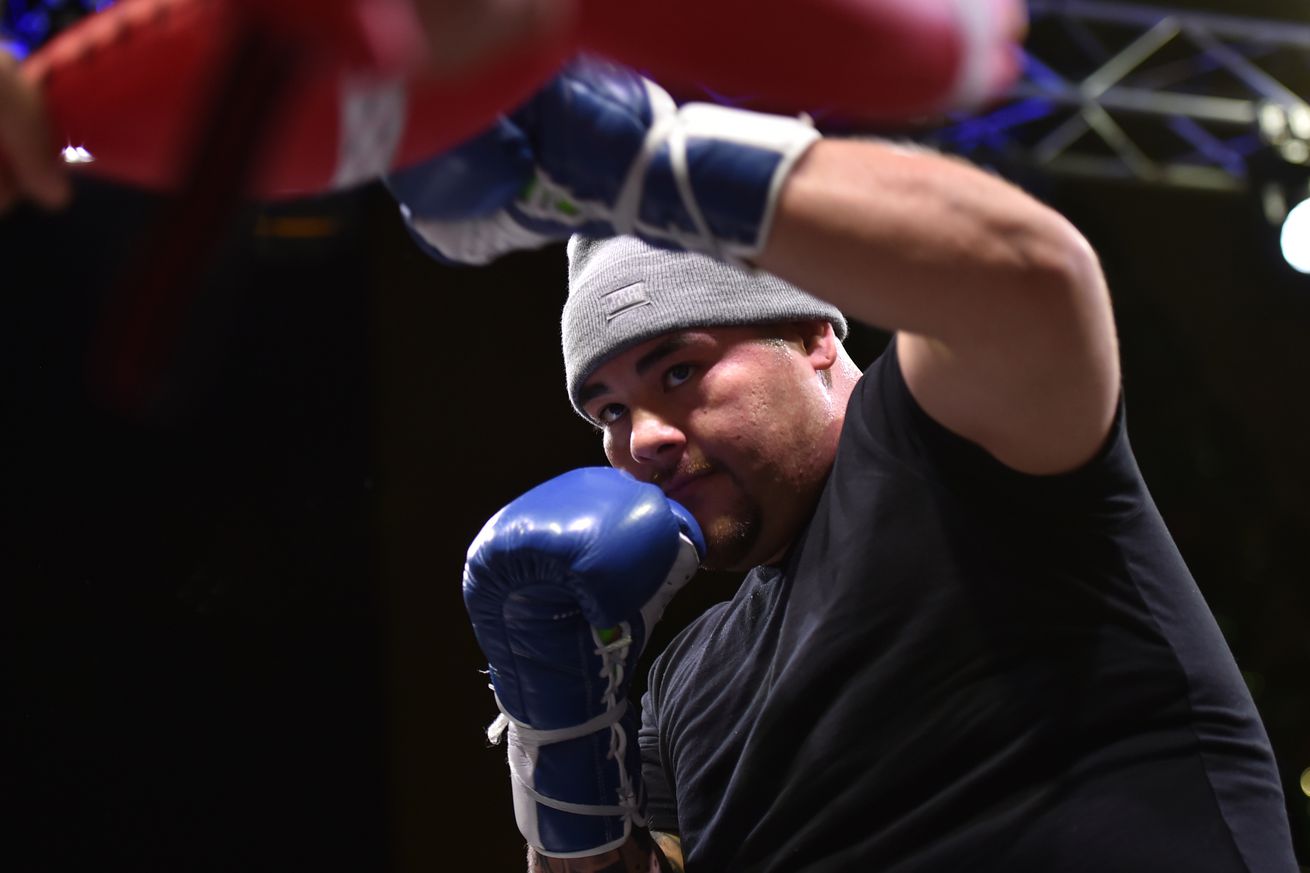 Andy Ruiz Jr shocked the world six months ago, but can he repeat against Anthony Joshua?

DAZN, when you peeped the quotes from the Monday grand arrival ceremony in Saudi Arabia.

With Ruiz (33-1, 22 KO), we wonder if longer means better, if he’ll have the same closer mentality, which he showed in rounds three and seven of their MSG scrap. And for Joshua (22-1, 21 KO), we wonder if all his talk of positivity is more an effort to convince himself, than signal a return to reclaim the throne.

The full main card will begin on DAZN at 12 pm ET with the main event is expected to commence shortly after 3:30 pm ET, for the record.

Some quotes from today’s grand arrivals ceremony, and some analysis as to their true worth:

On training camp: “We are enjoying life, we are enjoying what comes with this. But we are working hard and ready for Saturday’s fight. We had a longer camp than we did for June 1 and I feel good.”

And yeah, maybe longer is better. Or maybe not, maybe that mindset he had driving to the June call to arms won’t ever to be replicable. Because who thought he’d beat AJ that night? He did. His trainer did, family hoped so and rooted hard for that. But when there is no pressure to perform well, well, that enables some people to get into a sweet flow. Time tells whether the celebratory victory laps dulled some of Ruiz’ edge.

On whether or not he quit in the first fight: “Everyone is entitled to their opinion. They all have their views. The thing is, I was on my feet, I tried to walk out and the ref held my trousers. He waved the fight off. It wasn’t like I said, ‘Ref, I’ve had enough.’ I didn’t quit. But that’s why we are here so we can face off again on December 7th.”

That ending in fight 1 is interesting to watch. You recall that AJ was doing the over-celebratory shuffle back to his corner in round 3. And then he got basted good in round seven, looked OK to continue, but pretty blank. Yeah, that ref coulda given him a, “C’mon champ, step to me and gloves up, now” pep talk. But he didn’t, and that’s why AJ gets asked about the Q word. He’s right, let’s see how it goes Saturday, and I bet we have a fresh batch of material to obsess over.

On his advantages in the rematch: “Your mind is the biggest muscle in the body. I just use that to my advantage. Positive self-talk is important. You have to really believe it in your heart, not just your mind.”

And does he? Will he walk the walk after talking an A game? All the positivity and talk of his return to an “old days” mentality, when his hunger to win was at an apex — is that wishful thinking, or true-blue proclamations which portend a following in the footsteps of Holyfield and Lewis, after Douglas and Rahman got their reigns harshly abbreviated?

Readers, have you seen or heard anything from Ruiz and AJ recently which has impacted you, and made you think you saw or heard something that tells you how the sequel will play out? Talk to us, in the comments section.