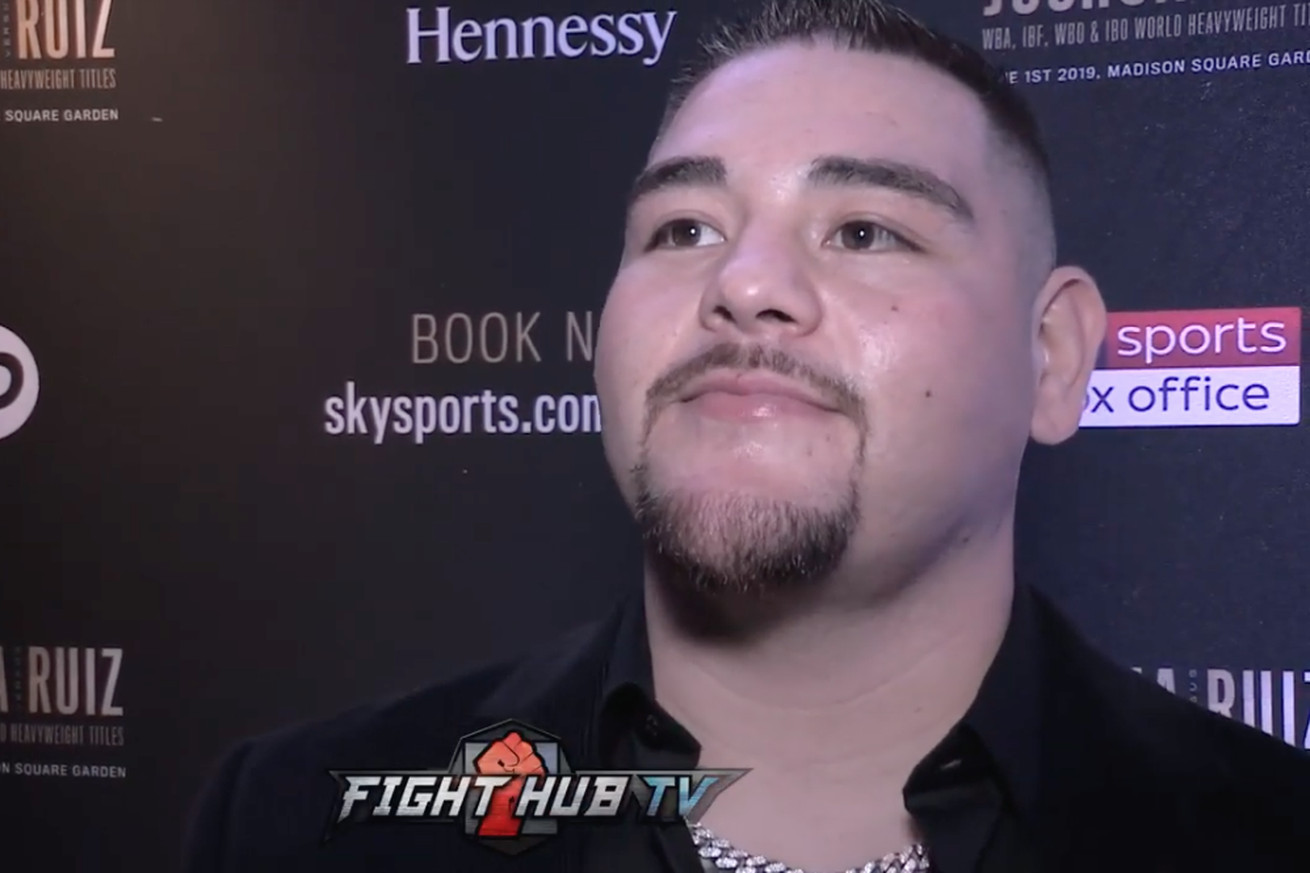 Andy Ruiz Jr has the biggest shot of his career coming this Saturday, as he steps into the ring against Anthony Joshua live on DAZN (not Dan’s) from Madison Square Garden, looking to take the WBA, IBF, and WBO heavyweight titles.

On any differences in training camp

“Coming from a training camp, going on to another training camp — I feel focused, I feel motivated, and I’m ready to prove all them doubters wrong.”

On what gives him a chance to beat Anthony Joshua

“My style, the heart that I have, the eye of the tiger, the speed, the combinations that I throw. I give the fighters problems because of my style, the speed, so I think that’s what we’re gonna do on June 1st.”

“I think I’m better fighting with tall guys. AJ’s gonna the hardest fight of my career, there’s gonna be a lot of things that I have to improve to win this fight, but we’re ready.”

“The game plan is to stick to the game plan. Letting my hands go, have fun, like people say, he has more to lose than me. I feel I won by getting this opportunity. The main goal is to become the first Mexican heavyweight champion and to have fun and let my hands go.”

On being the first Mexican heavyweight champion

“It’d mean a lot for me, my family, my kids, and for Mexico. I wanna be one of them greats. I wanna be in the records, I wanna be in the books where Andy Ruiz is a legend for becoming the first Mexican heavyweight champion of the world, and people not forgetting about that.”

On whether he’s thought about getting this fight

“I knew it was gonna come, but I didn’t think it was gonna come this fast. But as soon as I left Top Rank and went to PBC, my whole thing changed like the blink of an eye. I appreciate that from Al Haymon and all my team around me. Now we’ve got this opportunity to become the first Mexican heavyweight champion of the world, and I’m just excited.”

“I’m gonna prove all them doubters wrong. All the people that have been telling me I wasn’t gonna do nothing, that I’m gonna get my ass whooped, that this chubby ‘wanker’ is gonna lose really fast. But tune in June 1st on (DAZN), there’s gonna be the biggest upset of Anthony Joshua’s career, and there’s gonna be a new heavyweight champion of the world, and that kid’s gonna be Andy Ruiz Jr and he’s Mexican.”

One thought on “Ruiz: I’m going to prove the doubters wrong against Joshua”