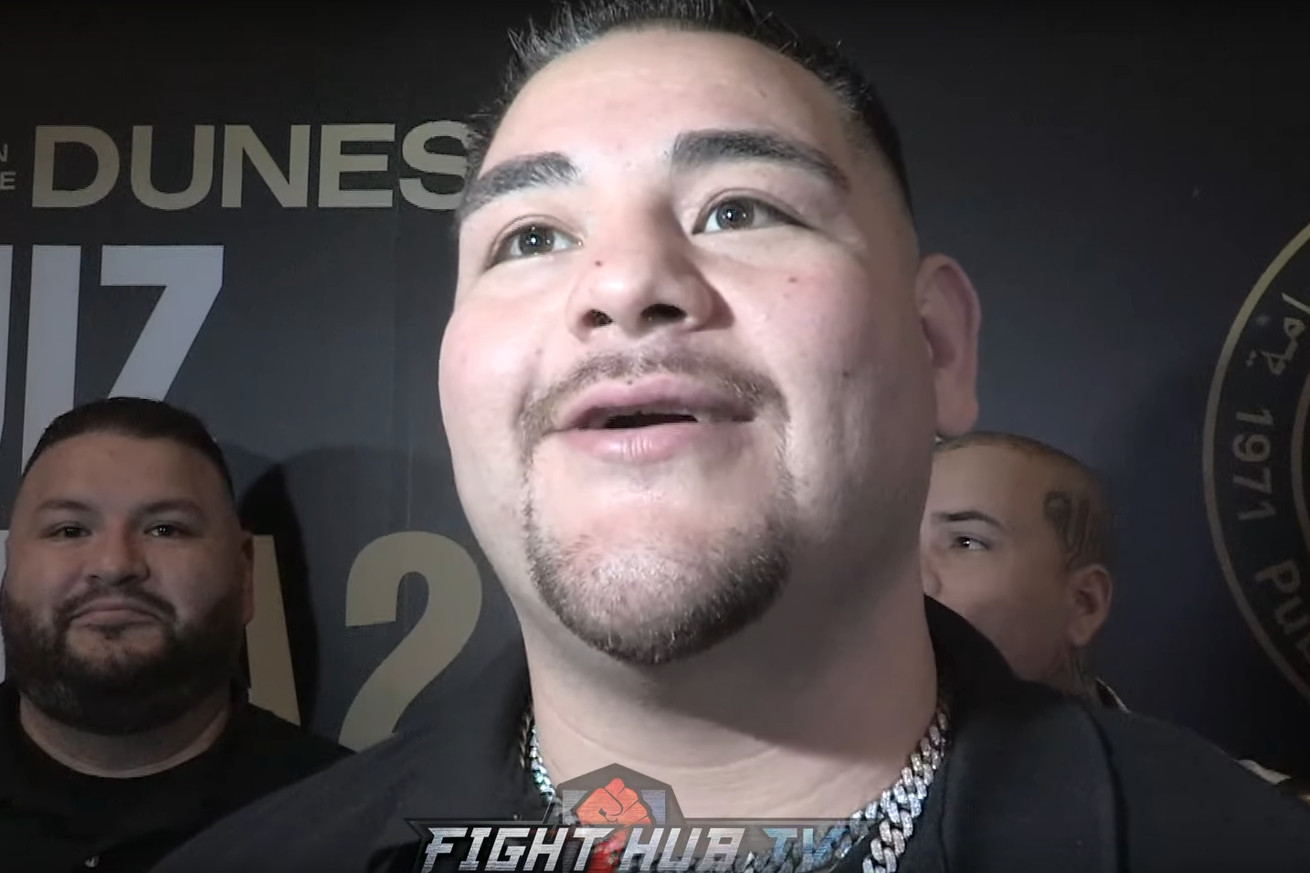 Ruiz gives his impressions on what he expects to take place this weekend.

With Andy Ruiz finishing up his preparations for his rematch with Anthony Joshua this weekend in Saudi Arabia, the unified titleholder fields some media questions about his expectations for this fight. Check it out…

Ruiz on what he’s expecting from Joshua in their rematch this Saturday:

“You know what, we been working hard…We had a longer preparation than we did for June 1st, so I’m pretty sure he has a really good game plan up his sleeve. But what we’ve been doing is going to be perfect for his style that he’s gonna try to do so, we’re gonna be working real hard.

“I don’t wanna predict a knockout or what’s gonna happen but the main thing is I’m gonna do whatever I can do get the victory.

On if it’ll be an easier or harder fight is Joshua tries to outbox him:

“I don’t know, it could go either way. It could probably go easier, probably go harder, but the main thing is I just gotta do what we’ve been practicing inside the gym and let my hands go.”

On how important it is for this fight to be taking place on neutral ground and not in the U.K.:

“You know what, it really doesn’t matter where the fight’s gonna be at. I think it was a good decision coming over here in Saudi Arabia, big country, beautiful country where they want a lot of excitement and the big mega fights over here, so it’s a blessing coming over here.”