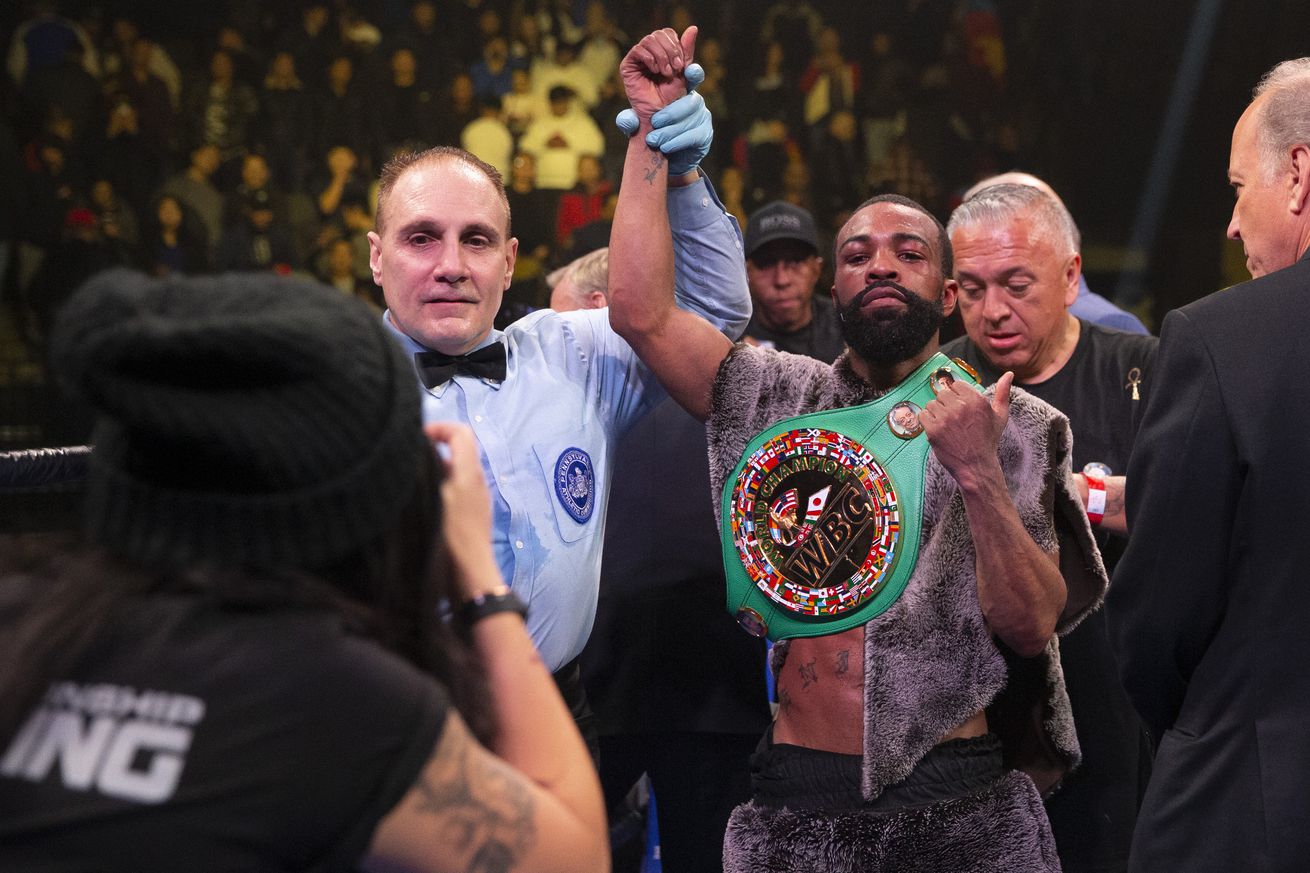 The WBC featherweight titlist is not at a loss for words lately.

WBC featherweight titlist Gary Russell Jr has probably shown more personality during the coronavirus months of our lives than the prior 11 years of his professional career combined, and while that certainly has rubbed some people the wrong way, he’s definitely putting himself out there more than ever, calling out would-be opponents from 126 to 147 pounds, for various reasons.

The 32-year-old Russell (31-1, 18 KO) has had a huge, personal beef with WBO welterweight titleholder Terence “Bud” Crawford that has come to light, with Russell saying he’d take $1.5 million to step up four weight classes and fight the unbeaten Crawford.

WBC lightweight titleholder Devin Haney talked about accepting the same offer to fight Russell instead, but Russell says that number isn’t open for anyone.

“Don’t let these people bamboozle y’all. That $1.5 million, that’s what I was gonna take for Terence because that shit was personal. That was personal,” Russell said on Instagram. “To be honest with you, he’s talking about he wants to break my neck and all this other goofy shit, yeah, that’s personal, so yeah, I would’ve taken that numnber for Terence. I would’ve fought Terence for fuckin’ nothin’, I just wanted to put my hands on him.

“But it’s a business. When it comes to you, shorty, that number don’t make sense. You’re business. With Terence, it’s personal. It’s a big difference. You’re saying I’m ducking you? That shit is crazy. You were the first one I was trying to sink my teeth in when this motherfuckin’ corona shit got over with. Then you got your father out here pushin’, which is cool, your parents are supposed to go to bat for their children. But stop this shit.”

Russell took further aim at Haney, telling him to get promoter Eddie Hearn to send a real offer.

“You act like you’re runnin’ shit, but you also gotta go back and answer to Eddie. We already tried to motherfuckin’ holla at Eddie,” Russell said. “Tell Eddie pick the phone up. You make it seem like you’re pulling all the strings. You not pullin’ the motherfuckin’ strings. You still gotta go back and report to Eddie. Tell Eddie pick the phone up.”

The DC native then turned his attention to Gervonta “Tank” Davis, who is scheduled to face Leo Santa Cruz in a dual 130/135-pound title fight on Oct. 24.

“And Tank? Get the fuck outta here, shorty. I seen your little interview you did, you said somethin’ like, ‘Yeah, Gary too small, he’s this, he’s too small in structure’ — I will fuck you up,” Russell continued.

“Y’all see how he goes off and goes crazy on everybody else, right? But I called him all types of bitches, all types of suckas, all types of punks and everything else. You don’t see that same energy come my motherfuckin’ way. He knows for real, this shit is real. Talkin’ about I’m too small and my numbers don’t sell. Stop this shit, man! I hope the fans is not gettin’ bamboozled by this crazy ass punk shit that these people are doing in the sport of boxing.”

Russell talked about Davis saying that a fight between the two wouldn’t sell, but Russell believes — and perhaps rightly — that a Baltimore vs DC bout between the two could sell very well, and he believes it would do much bigger business than Davis-Santa Cruz will next month on Showtime pay-per-view.

“Leo, you better keep my motherfuckin’ name out of your mouth. When I wanted to fight your punk ass, you was a cold sucka, you ain’t do nothin’,” Russell said. “If somebody put their arms around me when I get old because they wanna fight my son, my son better beat their ass! My son better say, ‘You know what, daddy, damn that! I’m gonna fight him, I don’t care what the fuck happens, I’m a fighter, I’m gonna give it everything I got, because fuck that!’ You’re a bitch. Stop playin’ with me, Leo.”

As for Crawford, he had a quick remark: “Y’all see Terence’s punk ass ain’t say nothin’. He got completely quiet, now he’s acting like he’s trying to fight other people and all that, he’s a bitch.”

Russell currently has no fight scheduled, and everyone he’s calling out here other than Haney does, or in the case of Crawford, a fight nearly finalized, by all reports. Russell last fought on Feb. 8, making a successful title defense against Tugstsogt Nyambayar.