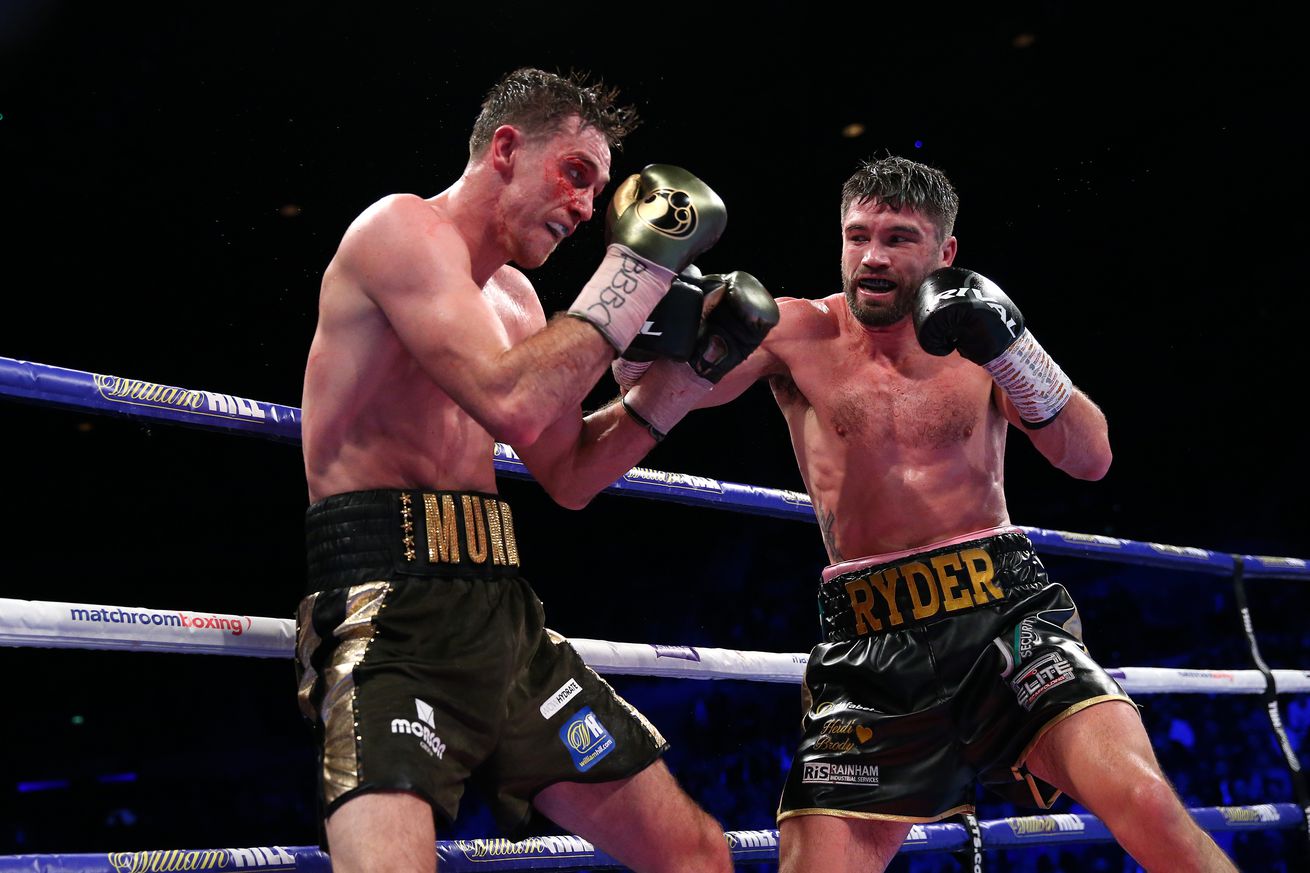 Ryder says he doesn’t have any resentment toward Smith, he just wants a second shot.

Last November, John Ryder arguably should have scored one of the big upsets of 2019, when he took Callum Smith at least to and arguably beyond the limit over 12 rounds.

But the judges gave the unbeaten Smith the decision in Smith’s hometown of Liverpool, and Ryder still has some anger there.

In just a bit of a great profile on Ryder by Ed Draper at Sky Sports, the 31-year-old contender says he doesn’t resent Smith himself, but the judges:

“I still feel like I won the fight. My anger isn’t towards Callum Smith, it’s the judging. I think it’s ridiculous someone had it to Smith by six rounds. There’s no way. If it had been a draw or they’d given it to Smith by one round, you could wipe your mouth of it and say, ‘well, I knew I needed to get the knockout.’ The scorecards were just so far from the truth, it leaves a sour taste.”

We already knew that Ryder (28-5, 16 KO) has wanted a rematch, and rightly so. He absolutely should want one, and with Canelo Alvarez maybe not interested in facing Smith right away, Ryder would really make a lot of sense, particularly with the COVID-19 lockdown likely to keep fighters in their home countries for several more months.

In short, if Smith wants to fight in the meantime, before even having the option of traveling to the United States for a bout, Ryder is one of two really legitimate options, along with WBO titleholder Billy Joe Saunders. Ryder says promoter Eddie Hearn has told him it can happen, and Ryder would come in with even more confidence this time, surely. It’s for sure a fight worth doing, especially now.