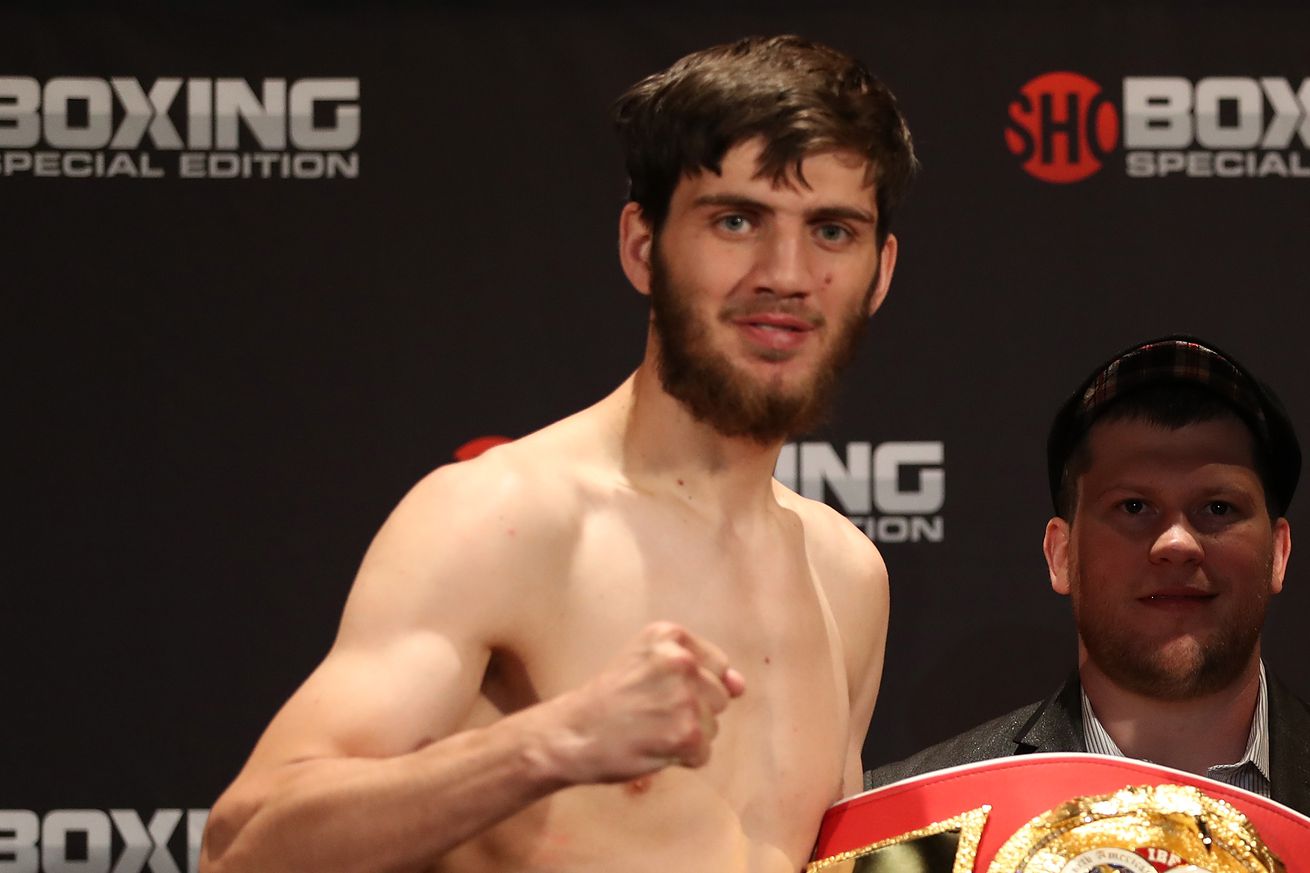 Three Salita Promotions prospects will fight at home next week.

A trio of Russian prospects from Salita Promotions will be in action on Thursday, April 18, in Grozny, Russia, led by Apti Davtaev in the main event against Brazil’s Pedro Otas.

“I had an incredibly productive training camp and look forward to putting my skills to use April 18,” said Davtaev. “My goal is to win and inch closer towards the heavyweight world title. I am the new face in the heavyweight division!”

Perhaps the most highly-regarded of the group is Umar Salamov, a 24-year-old light heavyweight who is now living in Nevada. Salamov (23-1, 17 KO) has a loss to Damien Hooper in 2017, but it was on the road in Australia, and a close fight against a talented fighter, as Hooper is no slouch himself.

Salamov will be facing Poland’s Norbert Dabrowski (22-7-2, 9 KO). Like the others, he’s been working out of the Kronk Gym in Detroit under Javan “Sugar” Hill.

“Training with Sugar has taken my boxing IQ to the next level,” said Salamov, “I look forward to putting in a dominant performance and making my claim for the light heavyweight world title this year.”

Super middleweight Aslambek Idigov (15-0, 7 KO) will also be in action, as the 23-year-old returns to his hometown. Like Salamov, he lives in Nevada now. He’ll be facing Ronny Landaeta (16-1, 10 KO), who was born in Venezuela and now fights out of Spain.

“I am excited about fighting for a title against a skilled and highly respected Landaeta,” said Idigov. “I want to fight the best. I will prove that I am the best super middleweight in the world and a very important step is an impressive performance on April 18.”