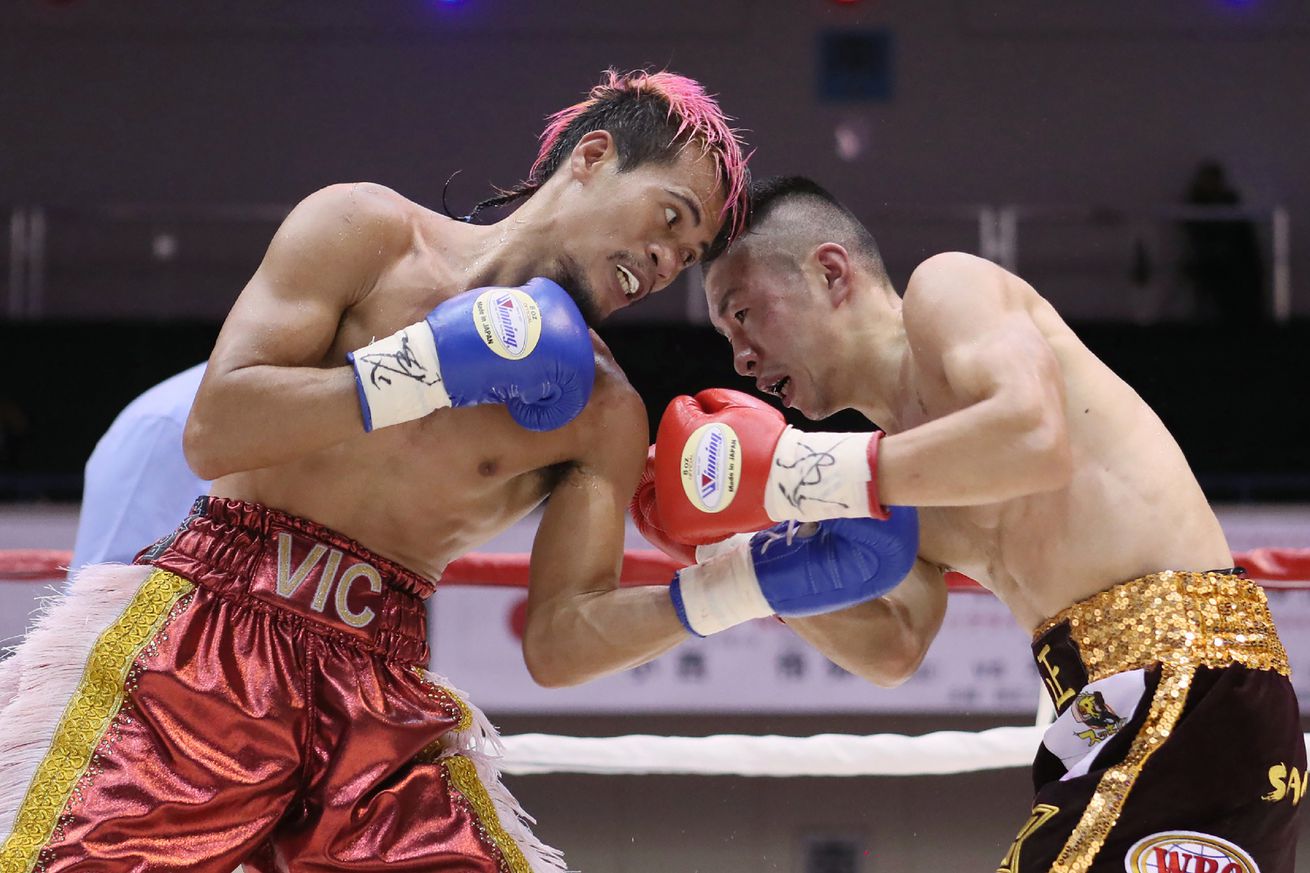 The WBO 105-pound title will be on the line in Tokyo.

WBO strawweight titleholder Vic Saludar of the Philippines will go on the road on Feb. 26 when he defends his title at Korakuen Hall against Japan’s Masataka Taniguchi.

Saludar (18-3, 10 KO) won the title last July in Kobe, Japan, beating Ryuya Yamanaka by decision over 12 rounds. The 28-year-old had lost his previous title challenge back in 2015, when he was defeated by Kosei Tanaka on New Year’s Eve in Nagoya.

Taniguchi (11-2, 7 KO) is a 25-year-old contender with three straight wins, including a November defeat of Joel Lino, which got him the WBO Asia Pacific title, putting him in line for this title shot. Both of his losses have come by majority decision. He’ll have home field advantage here, but that might not mean much, since as mentioned Saludar is 1-1 in past world title fights in Japan.

The show has no undercard set right now, and with only a month until fight night, don’t expect a lot.

4 thoughts on “Saludar to face Taniguchi on Feb. 26”