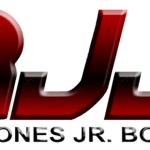 His older brother got a knockout victory on Tuesday, but welterweight Marco Dominguez was not as successful.

Tapia floored Dominguez in the first round with a pair of right hands before a left uppercut sent him to the floor.

Dominguez survived the round, but the second frame would prove to be the end.

Dominguez is the younger brother of undefeated Santiago Dominguez (22-0, 17 KOs), who scored a first round stoppage of Adalberto Borquez on Tuesday’s edition of RJJ boxing.

In the second round, Tapia jumped on Dominguez and never let off the gas pedal, hurting his countryman with a hard right hand.

Dominguez tried to hold on, but Tapia let his hands go, putting Dominguez away with a right uppercut.

Dominguez rose to his feet, but the referee had seen enough.

The time of the stoppage was 22 seconds of the round.

Dominguez (11-3-1, 10 knockouts), 24, of Mexico, has dropped two bouts in a row. He was coming off an eight round unanimous decision loss to unbeaten 147-pounder Christopher Gonzalez.

For the 23-year-old Tapia (10-3-1, 8 KOs), it breathes new life into his career as he continues on his path to title contention.

Super middleweight Lester Martinez extended his knockout streak to five with a second round blasting of Abraham Hernandez.

Martinez, who ended the career of former world champion Ricardo Mayorga last year, was very aggressive from the get-go, connecting with a hard right hand and a clean left uppercut in the first round.

In the second round, Hernandez came forward and landed a left hook, but a counter overhand right from Martinez dropped Hernandez flat on his back to end the fight.

Jose Valenzuela made his pro debut in style.

All three judges scored the bout 40-36 for Valenzuela.

Late in the second round, Valenzuela doubled up on the left uppercut and came upstairs with a solid left hook. He was also looking cute on the outside, setting up his shots behind a solid jab, and using superior ring generalship.

Valenzuela, of Phoenix, Arizona, welcomed Borboa to his personal boxing clinic in the third round. He connected with nearly every punch he threw, hurting him with a left hook to the body late that forced Borboa to hold.

About a minute into the round. Valenzuela rattled Borboa with a right hand and drove him into the ropes. However, Borboa came back and knocked Valenzuela back with a left hook.

But it was not enough, as Valenzuela scored his first pro victory.

Arellano battered Santos from the onset en route to a sixth-round stoppage.

Arellano (9-0, 6 knockouts), 25, who trains out of Aurora, Colorado, dominated Santos in a very lopsided second round. He connected with stiff jabs, and hard right hands as his opponent came forward recklessly and threw wild punches throughout the action.

Arellano connected with a solid right hand that buckled Santos’ knees. Arellano then came forward and rocked Santos into the ropes with another right hand, forcing him to hang on for dear life.

At the beginning of the sixth round, a beautiful right hand from Arellano nearly took his head off. Then a series of vicious left and right hooks to the body caused Santos to tie up.

With about a minute remaining in the frame, Arellano badly hurt Santos with a left hook and teed off on him, but the referee had seen enough and immediately stepped in to stop the fight.