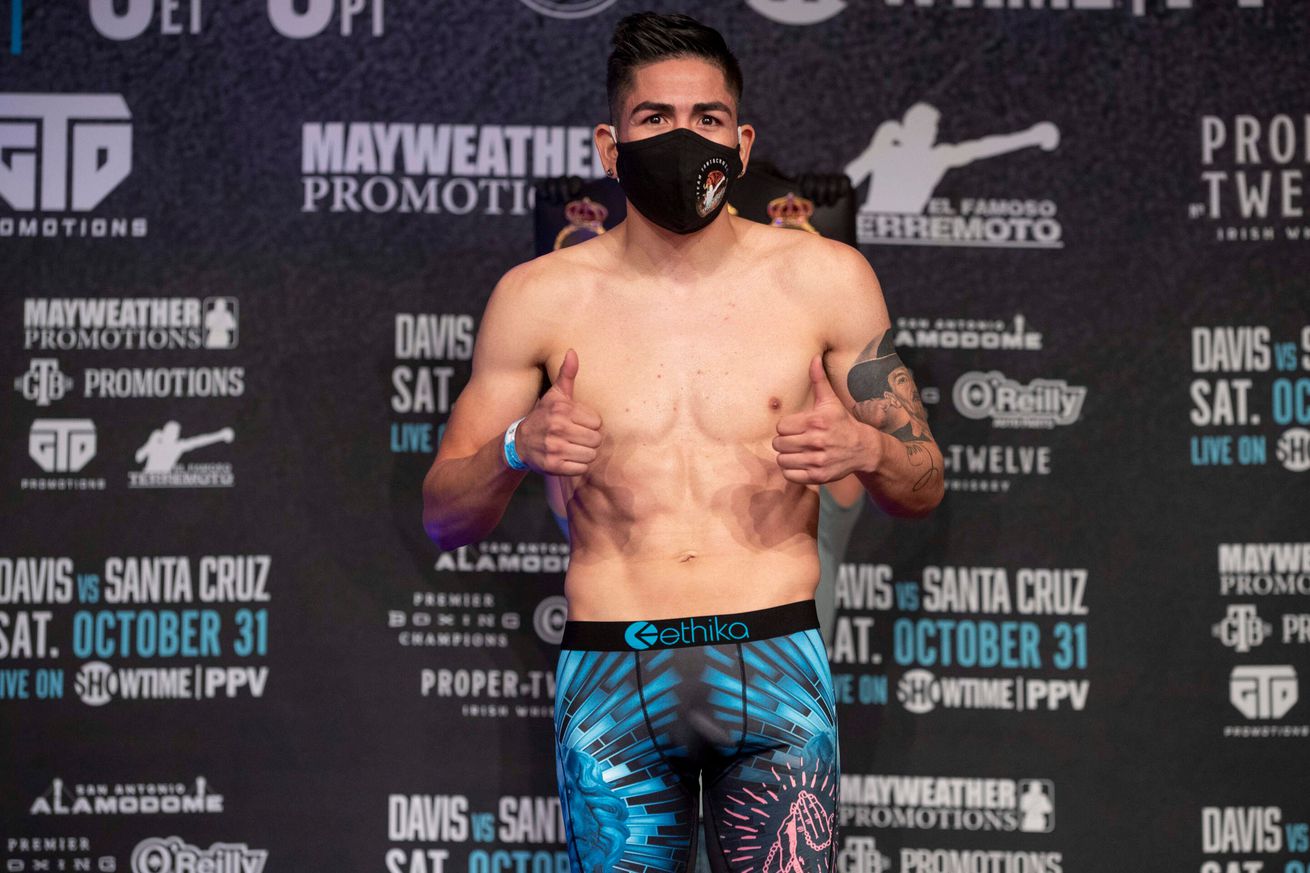 Santa Cruz gives his assessment of ‘Tank’ during today’s weigh-in.

With tomorrow night’s PPV main event set after both Gervonta Davis and Leo Santa Cruz made weight, Santa Cruz caught up with Marcos Villegas to share what he saw in Davis during the weigh-in and why he thinks Davis didn’t appear all that confident.

On how he thought Davis looked on the scale:

“Physically he didn’t look big or nothing, like I thought he would look bigger and stuff. But he looking kind of soft and it looked like — he didn’t look confident…Maybe he struggled too much to make weight and stuff like that, or he’s drained. I don’t know what but he didn’t look [confident].”