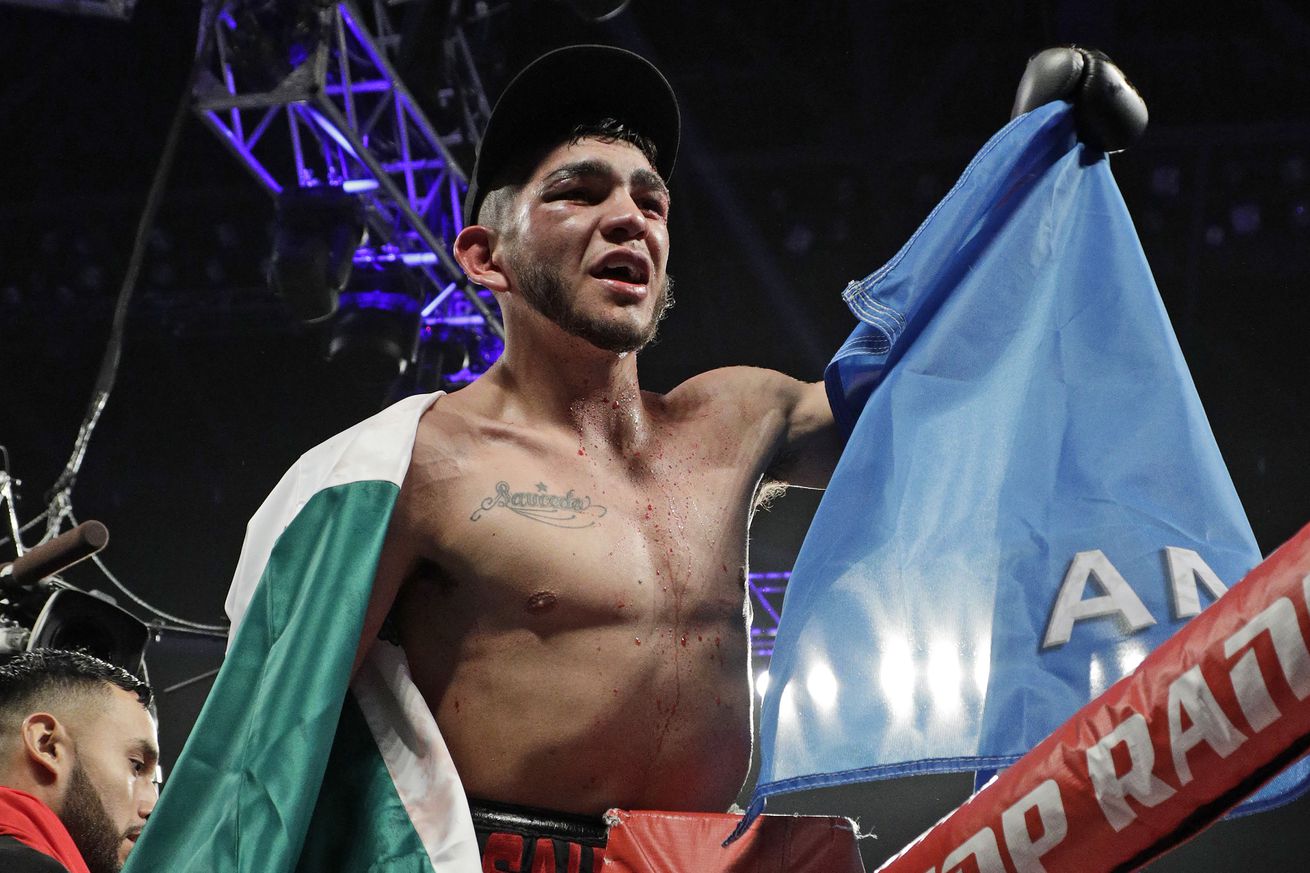 Mike Coppinger reports that super lightweights Alex Saucedo and Sonny Fredrickson, originally scheduled to fight on the April 25th Naoya Inoue-John Riel Casimero undercard, “have agreed to terms” to headline a June 30th ESPN card in Las Vegas. Said card’s existence is dependent on the Nevada State Athletic Commission giving the go-ahead in their meeting next week, but that seems like a safe bet.

Saucedo (29-1, 19 KO) gave us two terrific wars in 2018, out-slugging Lenny Zappavigna and dropping Maurice Hooker in a losing effort five months later. He sat out for nearly a year afterwards, splitting with trainer Abel Sanchez in the process, before gut-checking Rod Salka in the first round.

I wonder if Salka’s regretting those shorts after getting mauled by two Mexican-born fighters in a row.

Fredrickson (21-2, 14 KO), meanwhile, suffered his first pro loss at the hands of prospect Shohjahon Ergashev in 2018, bounced back with a trio of wins, and then dropped a majority decision to Samuel Teah last November. He’s the clear B-side here.

This is nobody’s idea of a blockbuster, but beggars can’t be choosers and Saucedo tends to put on show, so I’ll keep the quibbling to a minimum.