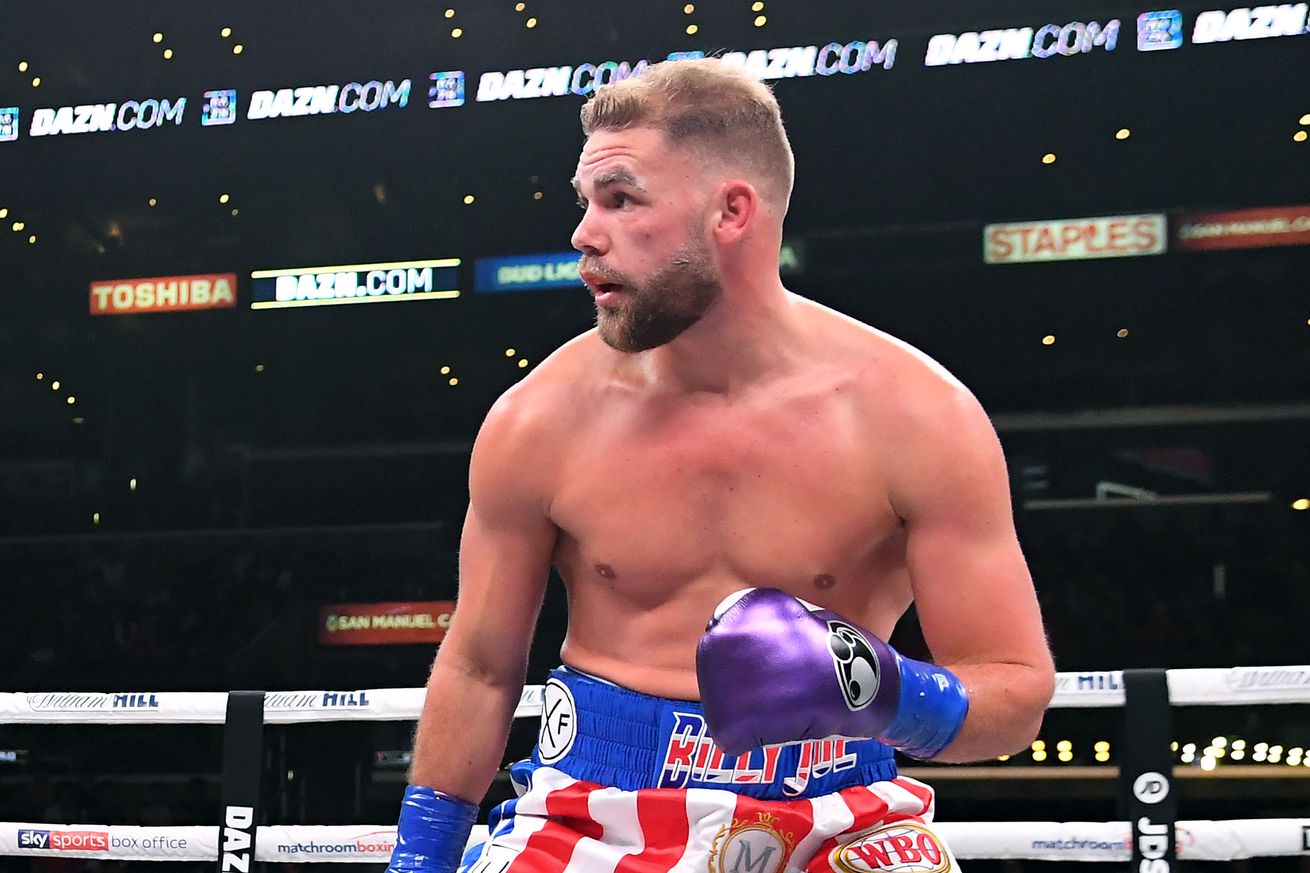 Saudners had his license revoked in March

First suspended in March for being an idiot on social media, WBO super middleweight champion Billy Joe Saunders is once again free to compete. The British Boxing Board of Control (BBBofC) have fined Saunders 15,000 pounds ($19,066.50), to be donated to charity, and restored his license.

The 30-year-old had filmed a “joke” how-to on beating your domestic partner.

He was one of three noteworthy British fighters to shoot themselves in the foot early in the pandemic; Martin Bakole shared explicit video of child molestation to “expose” the abuser and Scott Fitzgerald was arrested for allegedly assaulting his ex. The trend shows no sign of slowing down, as MTK Global recently released unbeaten middleweight James Hawley after he posted a video calling gay men and transgender people “dirty c**ts.”

Saunders, last seen knocking out Marcelo Coceres in an unexpectedly tough out, had been tabbed to face Canelo in May before everything went to pot. He recently withdrew from consideration to fight the Mexican in September.