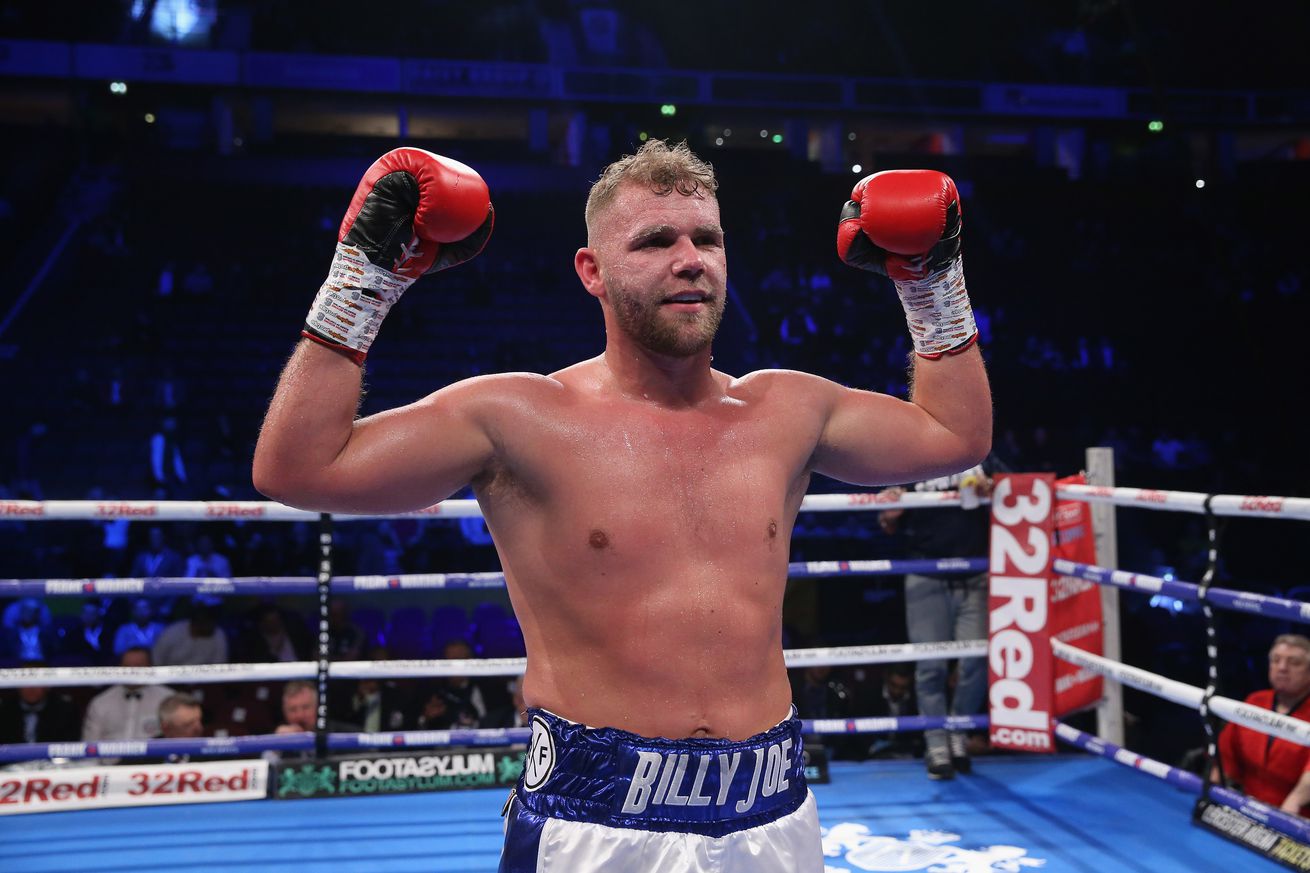 Billy Joe Saunders, the still unbeaten former WBO middleweight titleholder, was set to return to the ring on April 13 in London, facing Shefat Isufi for the vacant WBO super middleweight title, but a pair of situations have put the fight off for the time being, according to a brief statement from promoter Frank Warren.

Saunders (27-0, 13 KO) is still going to fight Isufi (27-3-2, 20 KO) at some point, but he’s split with trainer Dominic Ingle and is looking for a new lead man in his corner. That could be Ben Davison, his friend Tyson Fury’s current trainer, but no official decision has been made.

There’s also the fact that the WBO 168-pound belt isn’t actually vacant, as Gilberto “Zurdo” Ramirez hasn’t officially given up the belt. Ramirez (39-0, 25 KO) is moving up to light heavyweight for an April 12 clash with veteran Tommy Karpency (29-6-1, 18 KO) on the Lomachenko-Crolla card in Los Angeles, but the Mexican fighter is playing it safe. If he doesn’t like how he feels at 175, or if he’s stunned by Karpency, he’d still have the belt and a return to 168 would be in order. He’d be licking his wounds, sure, but he’d still be a world champion.

That said, it’s expected that Ramirez will win and officially move up to 175 from there, which would at some point leave the WBO belt vacant and open for the Saunders-Isufi fight.

The 29-year-old Saunders has been sort of in and out of the sport since winning the WBO middleweight title from Andy Lee in Dec. 2015. He didn’t make his first defense until a full year later, when he beat Artur Akavov by decision in a performance that even Saunders admitted was far from his best. He did fight twice in 2017, in September and December, beating Willie Monroe Jr and David Lemieux.

It was that road win over Lemieux in Quebec that seemed to finally, truly establish Saunders as a force to be reckoned with at 160, but he’s squandered that. A pair of dates with Martin Murray in 2018 were scrapped for various reported reasons, with most feeling that he was angling to face either Canelo Alvarez or Gennady Golovkin instead, had their September rematch not finally come together after hard negotiations. But it did, and that left Saunders with a scheduled October defense against Demetrius Andrade, which was then canceled when Saunders failed a VADA drug test, was denied a license in Massachusetts, and stripped of his title.

He did return in December, beating veteran Charles Adamu in a stay-busy fight, weighing in just shy of 180 pounds.

Saunders is still in his prime years, and still should be able to compete at a high level for a while at either 160 or 168. But the clock is always ticking. Hopefully, we see him back sooner than later.

One thought on “Saunders-Isufi postponed but still on”