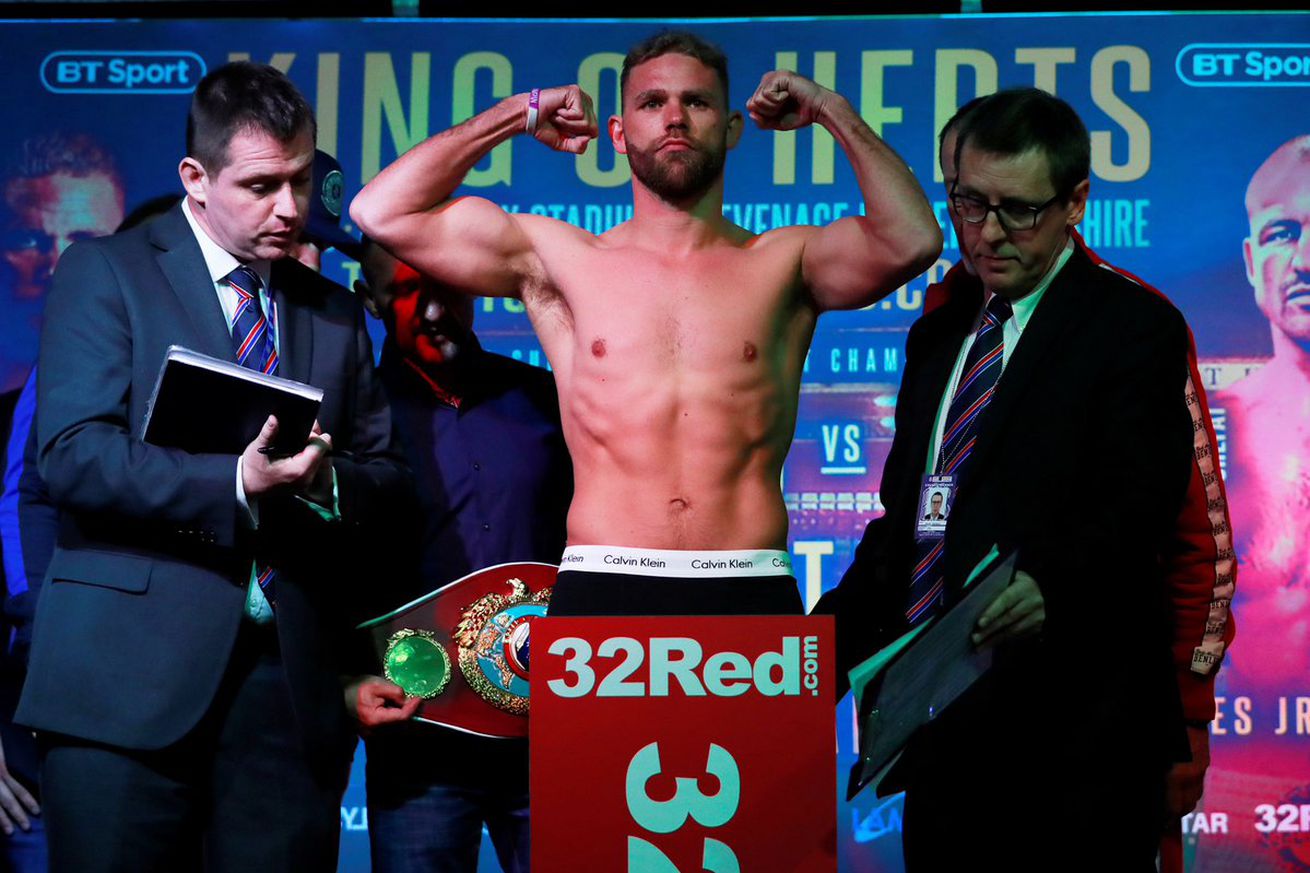 How do Billy Joe Saunders and Shefat Isufi measure up for today’s ESPN+ main event?

It’s almost fight time for Billy Joe Saunders and Shefat Isufi, so let’s take a look at the tale of the tape between these two fighters, who will contest the vacant WBO super middleweight title today in Stevenage, England, streaming live on ESPN+ in the US and airing on BT Sport in the UK.

Size-wise there doesn’t look to be a lot between them on paper. Saunders is really coming up from middleweight, though, while Isufi has fought at 168 in his last few fights, coming down from light heavyweight.

The bigger thing, obviously, is that Saunders is simply a much more highly-regarded fighter. Isufi is really no nobody’s radar in this division.

Let’s also take a look at the matchup for Joe Joyce vs Alexander Ustinov, the heavyweight co-feature.

Two absolutely massive heavyweights — Ustinov’s 283¼ isn’t fat, he’s just a huge, sturdily-built man. But Joyce is the favorite here; the 2016 Olympic silver medalist is the one on the rise, while Ustinov is past his best days, which frankly weren’t that great in the first place. Ustinov has lost his last two, and was stopped by Michael Hunter last time out. Hunter’s a good boxer, but he’s a smaller, 215-pound heavyweight who doesn’t have the thunder Joyce does.

(By the way, I went to a lot of trouble to be able to list Ustinov’s reach, which isn’t listed anywhere, searching around and winding up on a recap article from his 2013 win over David Tua, which noted Ustinov had a 25 cm reach advantage over Tua, so I added 25 cm to Tua’s listed reach.)