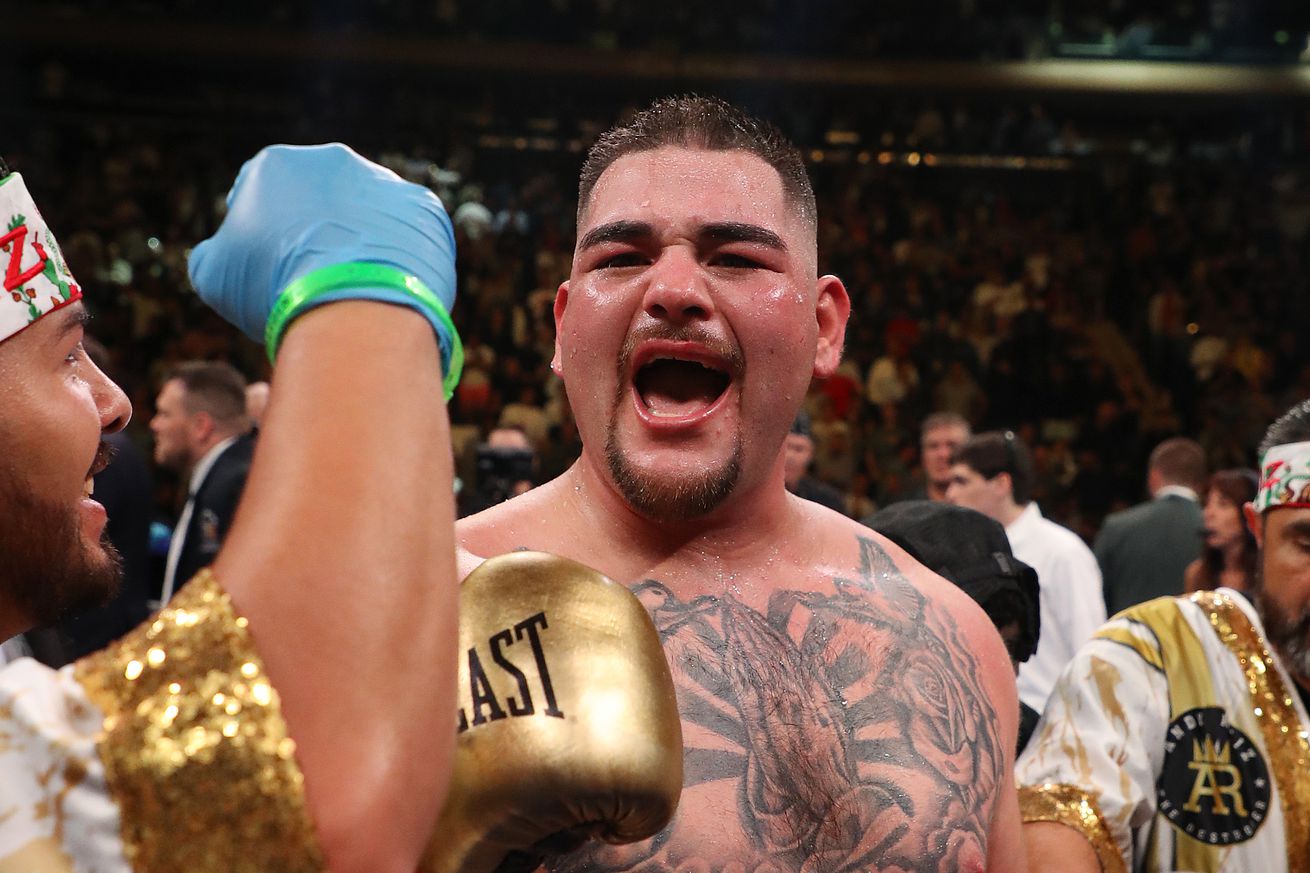 Andy Ruiz Jr was up on two of three cards when he stopped Anthony Joshua.

With Andy Ruiz Jr’s game-changing upset of Anthony Joshua still sort of sinking in for all of us, it’s worth looking at how the judges saw the fight at the time of stoppage.

Or honestly, maybe it really isn’t, but people search for and click on these posts, so we’re going to do it, anyway.

Andy Ruiz was leading 57-56 on two cards, and Anthony Joshua was ahead 57-56 on the third at the time of stoppage #JoshuaRuiz pic.twitter.com/rZZ80YYQ3D

As you can see here, judges Julie Lederman and Michael Alexander had the fight 57-56 for Ruiz at the time of the stoppage, and judge Pasquale Procopio had it 57-56 for Joshua.

The opening two rounds unanimously went to Joshua across the board, then the fight went bananas in the third, with Joshua dropping Ruiz and Ruiz roaring back to put Joshua down twice, securing a 10-8 round for himself.

The difference between Procopio and Alexander/Lederman came in the fourth round, which Procopio gave to Joshua, and which the other two gave to Ruiz. It was a very tentative round, nothing much happened.

For what it’s worth, Bad Left Hook had the fight 57-56 Joshua (myself) and 58-55 Ruiz (Wil). My card was the exact same as Pasquale Procopio’s, while Wil gave Ruiz every round after the second.