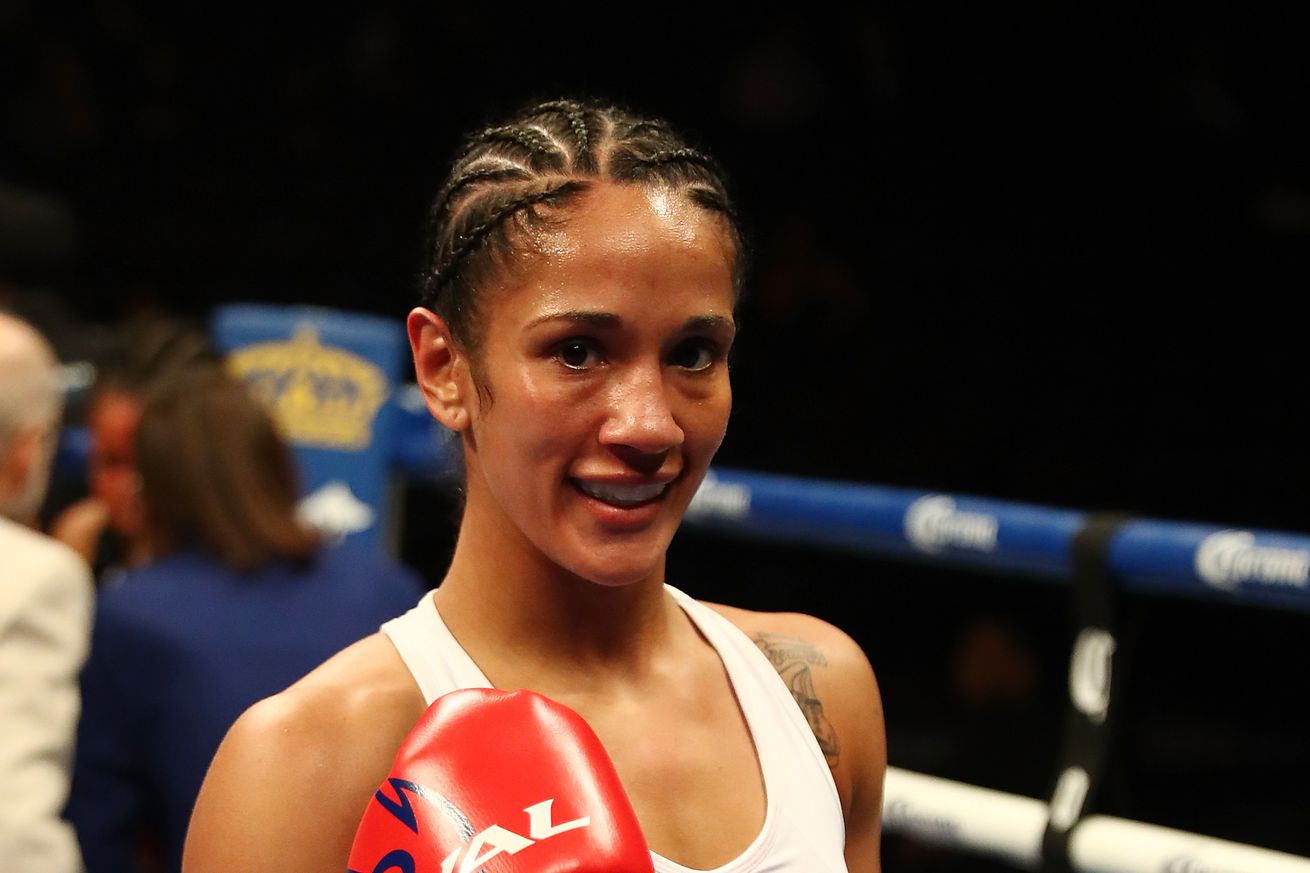 Serrano made it a quick night of work, stopping Voraberger to grab the WBO title in just 35 seconds.

Amanda Serrano said the hardest part of tonight’s fight would be making the weight, and proved as much as she plowed through Eva Voraberger in only 35 seconds of the first round to win the WBO super flyweight title. In winning the title, Serrano won a major world title in her seventh weight class.

Serrano (36-1-1, 27 KOs) started really quickly tonight, opening up on Voraberger with combinations that were landing from the opening bell. Then a sharp left hook to the body from Serrano hit Voraberger on the live, and Voraberger went down. At that point Voraberger just couldn’t get off the canvas to beat the count, ending the fight promptly.

HISTORY! @SerranoSisters gets the first-round KO to win a title in her SEVENTH weight division! pic.twitter.com/pZSiu43xch

In the post-fight interview Serrano was asked if she wanted to go for a title in an eighth division, but Serrano pumped the brakes on that for a moment, saying she instead wants to defend her newly-won WBO title for the time being. Serrano was also asked about a prospective fight against Katie Taylor, and Serrano simply said when that fight presents herself she just hopes Taylor is ready for her.