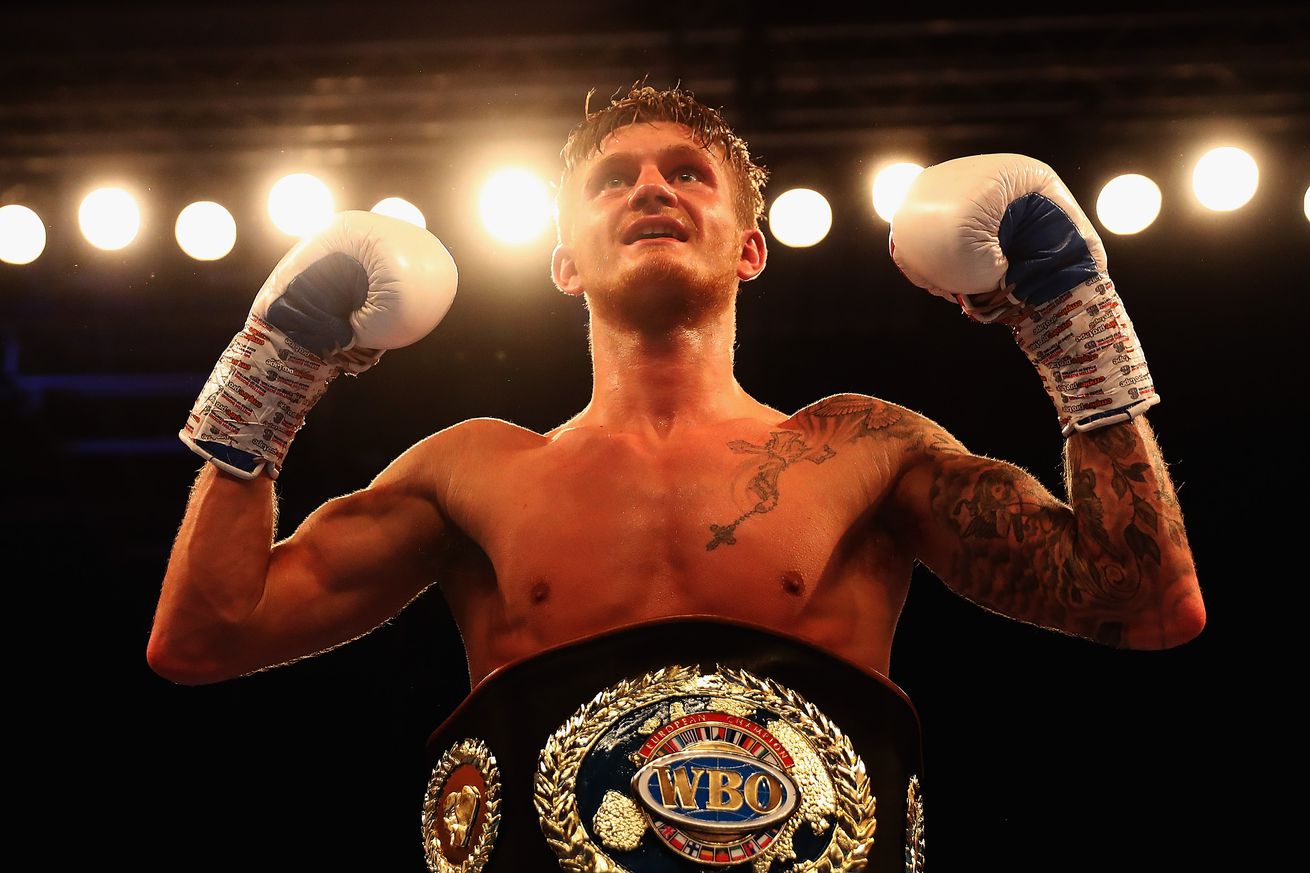 The British prospect wants a crack at the new WBO titleholder at 130.

Super featherweight prospect Archie Sharp is looking to make the leap to a world title fight, but he’s not “calling out” new WBO titleholder Jamel Herring, he is simply saying he wants the fight, congratulating Herring on his big win this past weekend and noting that he’s already a qualified contender by sanctioning body standards:

Congratulations on your win @JamelHerring

You’re a good man and an inspiration. It would be a privilege to share the ring with you next, I am WBO number 10 and am ready any time. #SharpShooter

Other than that, Sharp’s record insists entirely of journeymen and club fighters, including his most recent outing, a TKO-2 win over Sergio Gonzalez on April 27. Gonzalez came in 10-14-5 for the stay-busy bout.

Even compared to what Herring had done pre-title shot, Sharp’s résumé is thin. But of course he wants the title shot. He’s a competitor and wants the biggest fights, one assumes.

Herring’s going to have a lot of people willing to step up, too. Jamel is new to the scene being taken seriously on the world level, being honest, and a lot of guys are going to think that he might be someone they can beat for a world title. There’s nothing more attractive to a shark than blood in the water, nothing more attractive to rising fighters than a perceived soft world champion.

Sharp is currently slated to return on July 13 as part of the Dubois-Gorman card in London. Herring, meanwhile, may or may not be headed for unification with WBC titleholder Miguel Berchelt. That was the plan going in, but some minds may have changed on that from any angle — Herring may want to bask in the glow before taking that sort of fight, and Top Rank may see the chance to get more out of him than just rushing right to a unification.