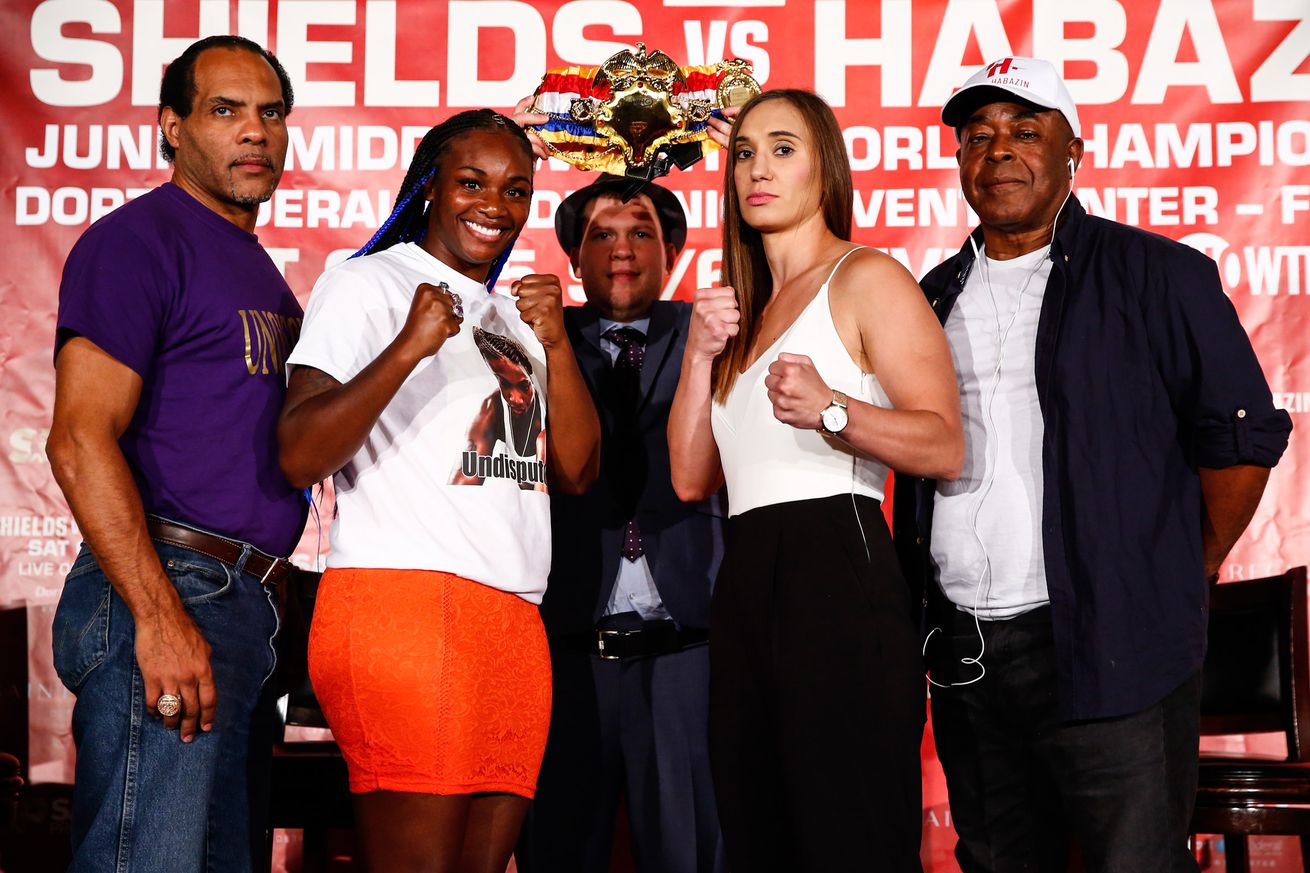 Shields is looking for a world title in a third weight class, while Habazin looks to shock the sport.

Ivana Habazin may be a former world champion, but nobody is giving the 29-year-old Croatian much of a chance when she faces two-division titleholder Claressa Shields for a vacant 154-pound title on Oct. 5 in Shields’ hometown of Flint, Michigan.

Habazin (20-3, 7 KO) briefly held a welterweight title back in 2014, beating Sabrina Giuliani for a vacant title in Belgium, but five months later was shut out over 10 rounds by Cecilia Braekhus.

A loss to Mikaela Lauren via TKO-3 came in 2016, and while Habazin is on a five-fight win streak, it has come against less than stellar opposition.

Shields, meanwhile, is a two-time Olympic gold medalist who has coasted through her first nine pro fights, going 9-0 (2 KO) and winning titles at 168 and 160. There’s a reason she’ll be a massive favorite.

“Claressa Shields is a spectacular fighter and I have respect for her, but I’m going to bring the fight to her,” Habazin said. “I didn’t come here just to fight; I came here for victory.”

Habazin feels that Shields moving down in weight again will be tough for the American, and has previously speculated on social media that their original August date wasn’t postponed due to a Shields knee injury, but because Claressa couldn’t make the weight in time.

“She is taking on a big challenge. If she says she’s going to make the weight, then I believe her,” said Habazin. “But I know that it’s going to be tough for her because it’s not her natural division. I hope she makes the weight and that we’ll have a good fight. Fighting at 154 pounds is an advantage for me.”

Shields, 24, is coming off of a dominant win over Christina Hammer in April, which fully unified the middleweight division. She warned Habazin of Hammer’s mistakes.

“I understand that Habazin is here and wants to win, but don’t come here like this is going to be a walk in the park,” Shields said. “Christina Hammer thought this was a joke, so I hope Habazin is taking this as seriously as possible.

“I’m so excited about this fight. My last fight was supposed to be the toughest fight of my life, and it was probably the easiest pro fight I’ve had so far, and it was against an accomplished long-reigning champion.”

As for location, Habazin isn’t concerned about fighting in Shields’ hometown.

“It doesn’t matter to me if the fight is in Flint, London, New York or anywhere. The ring is my home and what happens in there is the most important thing,” the Croatian said. “I’m always the underdog and I like to be in that position. I won my title in my opponent’s hometown and I’m going to do it again.”

She does concede, however, that it might be tough to get a decision, as she did in Belgium back in 2014.

“It’s going to be tough in her hometown to beat her on points, so I’m coming here to knock her out,” Habazin said.

Shields scoffed at that prediction.

“I appreciate Ivana for wanting this challenge, but she’s acting crazy talking about knocking me out,” Shields said. “She’s going to be in defense mode I think. I’ve seen how she fights. If she thinks she’s going to stand there blow for blow with me, she’s crazy. She has good movement and hand speed, but she has a lot of flaws.”

Shields-Habazin will headline a Showtime broadcast on Oct. 5.