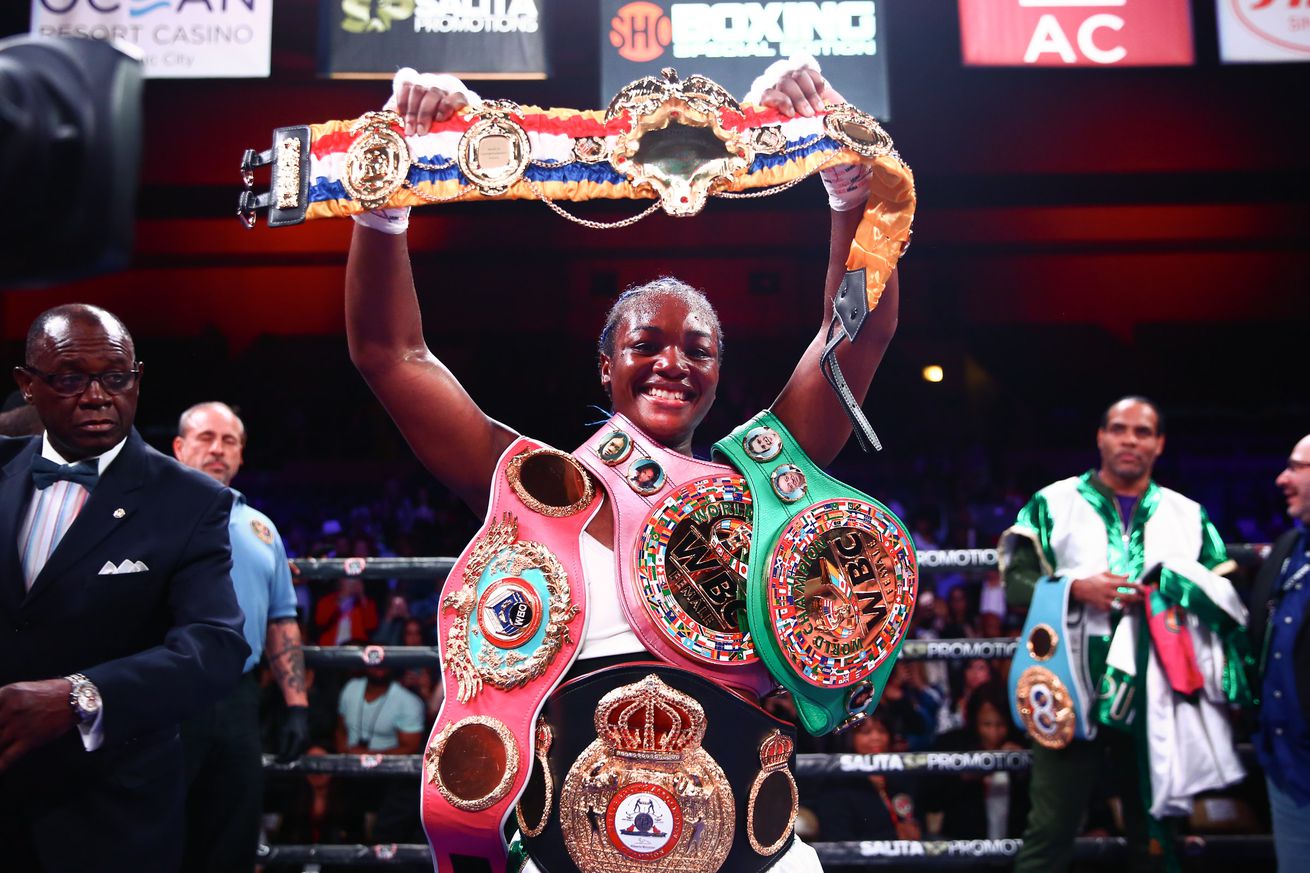 After fully unifying the middleweight division with her win over Christina Hammer on Saturday night, Claressa Shields is looking forward to her next fight, and has a couple of names in mind.

“Women’s boxing, we’re on fire,” Shields said after the win. “I cannot wait to see the next super fight. Give me Cecilia Braekhus at 154 pounds. That’s who I want next. Either her or Savannah Marshall.”

A fight with Braekhus (35-0, 9 KO) could be intriguing on paper. Braekhus is the undisputed welterweight champion, and has held all four major titles at 147 pounds since 2014, and has been a titleholder dating back to 2009, a full decade on top at this point.

That said, Braekhus is 37 and naturally smaller than Shields. A fight in the middle at 154 is reasonable enough on paper, but you have to wonder if Braekhus would really be interested in moving up when she potentially has arguably an even bigger fight in the near enough future in Katie Taylor, who is one title away from fully unifying at lightweight.

Braekhus-Taylor could happen at 147 or even a catchweight a few pounds shy of that, meaning Braekhus wouldn’t have to move up and face a naturally bigger opponent. But it makes sense that Shields would want to fight her, and it would be a big fight for women’s boxing.

Marshall (5-0, 3 KO) may seem a stranger call-out on paper, as the 27-year-old British super middleweight is a solid talent, but really hasn’t fought anyone as a pro.

The reason Shields wants to fight her is that Marshall beat Shields in the second round of the 2012 World Boxing Championships. In fact, she’s the only woman to ever defeat Shields, who has self-stylized herself “the greatest woman of all-time.”

The two both competed at middleweight in the 2012 and 2016 Olympics, but the rematch never happened. Marshall lost to Kazakhstan’s Marina Volnova in 2012, one round before she would have faced Shields again, and then lost to Nouchka Fortijn of the Netherlands in the 2016 quarterfinals.

Shields would be an enormous favorite against Marshall at this point, but it’s a fight with a story.

MEDIAPRO and LVP to produce third season of eLiga Portugal