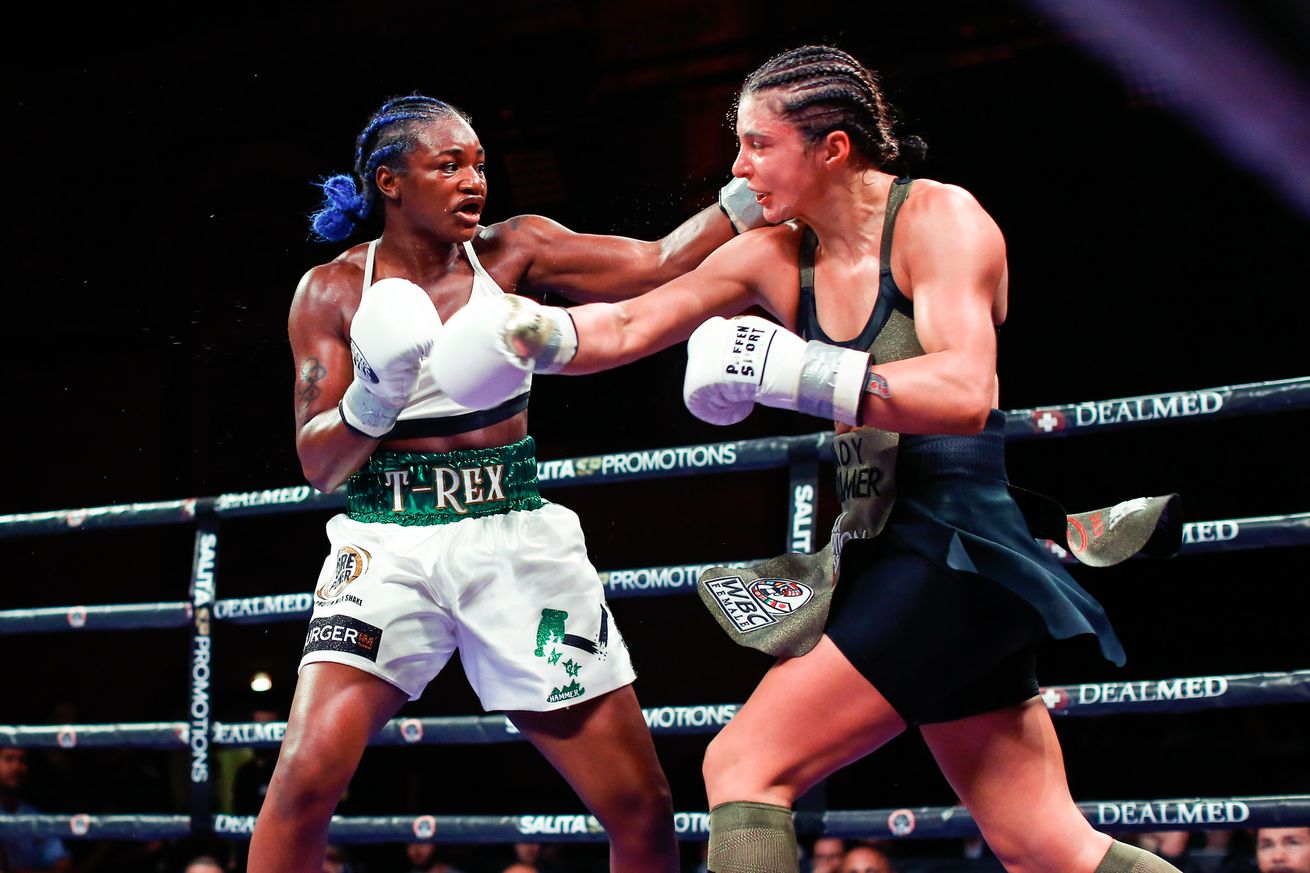 Shields put on a career-defining performance tonight on Showtime.

Claressa Shields (9-0, 2 KOs) made good on all her tough talk tonight on Showtime, completely thrashing Christina Hammer (24-1, 11 KOs) over 10 rounds to fully unify middleweight titles, becoming the undisputed women’s middleweight champion. All three judges turned in identical scores of 98-92, while BLH scored the fight 99-91 for Shields.

Hammer seemed to get off to a good start in the fight in the opening round, using her jab and distance, but all that went out the window from the second round on. Once the second round began Shields made her adjustments, showcased a lot of slick head movement, and began to effectively counter Hammer’s straight shots. In fact Shields actually exposed the limitations of Hammer’s game, as once she negated the straight shots Hammer really had nothing left to turn to.

So with Shields completely confident with her defense, she started getting more and more aggressive, landing jabs on the outside and roughing up Hammer on the inside. By the later rounds Shields started pouring it on Hammer, beating her around the ring and visibly hurting Hammer a few times. At one point it looked like Shields nearly forced a late stoppage, but Hammer managed to make it to the final bell.

In the post-fight interview Shields credited Hammer as having a jab as good as advertised but made it a point to say she thinks she shut out Hammer. With Shields now undisputed, she called for a fight against Cecilia Braekhus at 154lbs.