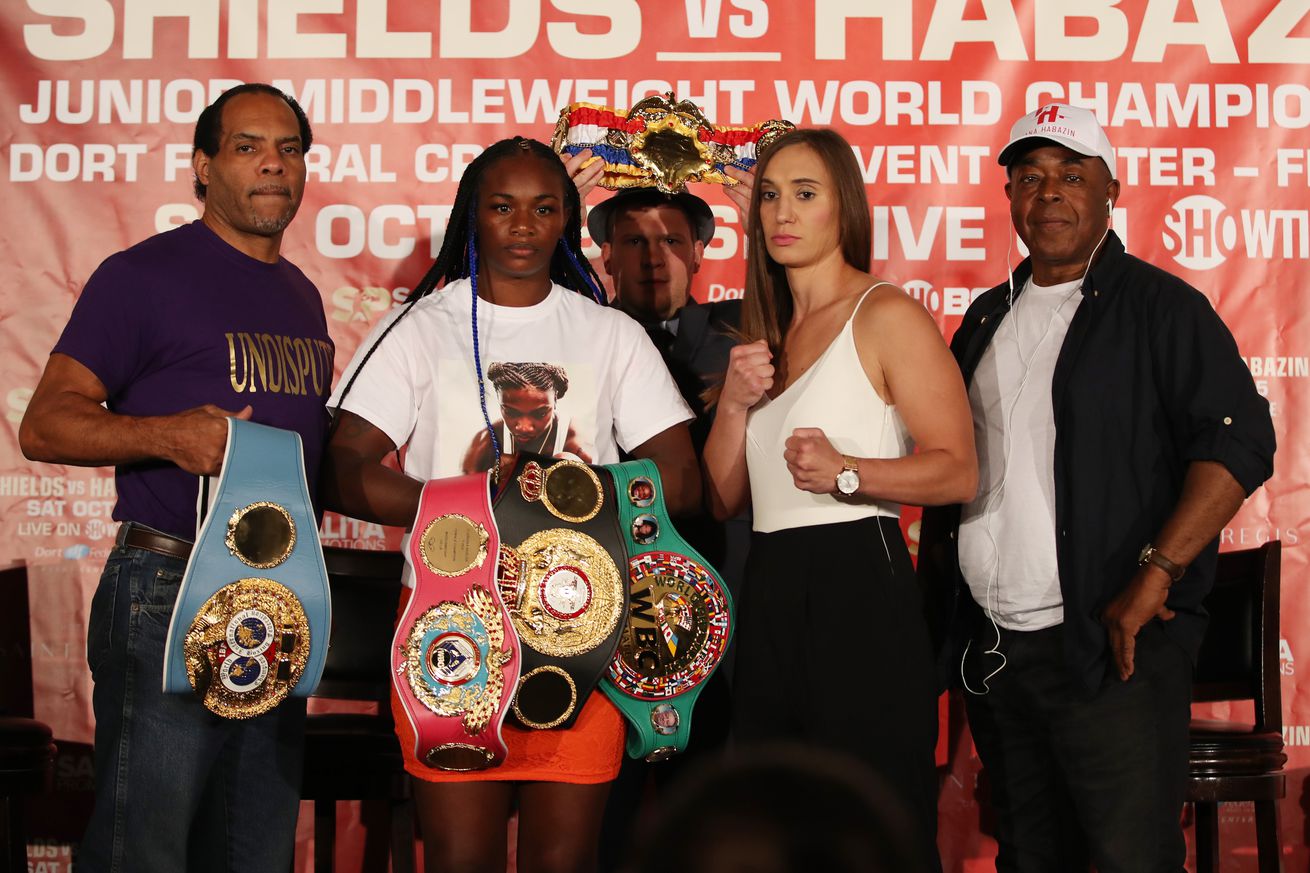 After one of the more ignominious cancellations in recent memory, ESPN reports that the super welterweight title fight between Claressa Shields and Ivana Habazin “will be rescheduled for Jan. 10 on Showtime, possibly in Atlantic City.” The co-feature would see Uzbek puncher Shohjahon Ergashev face Keith Hunter in a WBA super lightweight eliminator.

Shields (9-0, 2 KO) and Habazin (20-3, 7 KO) were all set to go at it on October 5th in what was meant to be Shields’ 154-pound debut and a clash for the vacant WBC and WBO titles. Instead, Habazin’s trainer, Bashir Ali, was hospitalized after a sucker punch to the back of the head during a weigh-in scuffle. The fight was subsequently canceled and Shields’ brother, Artis Mack, charged with assault.

Shields derided Habazin for withdrawing, while Habazin invited Shields to “run [her] filthy mouth all [she] want[s].” I think it safe to say they don’t like each other.

Ergashev (17-0, 15 KO) bounced back from a shaky decision over Mykal Fox to knock out Abdiel Ramirez in August, Hunter (11-0, 7 KO) is ranked #12 to Ergashev’s #6 by the WBA but really hasn’t done much to earn that position. Whoever wins between them will have next crack at “regular” champ Mario Barrios.