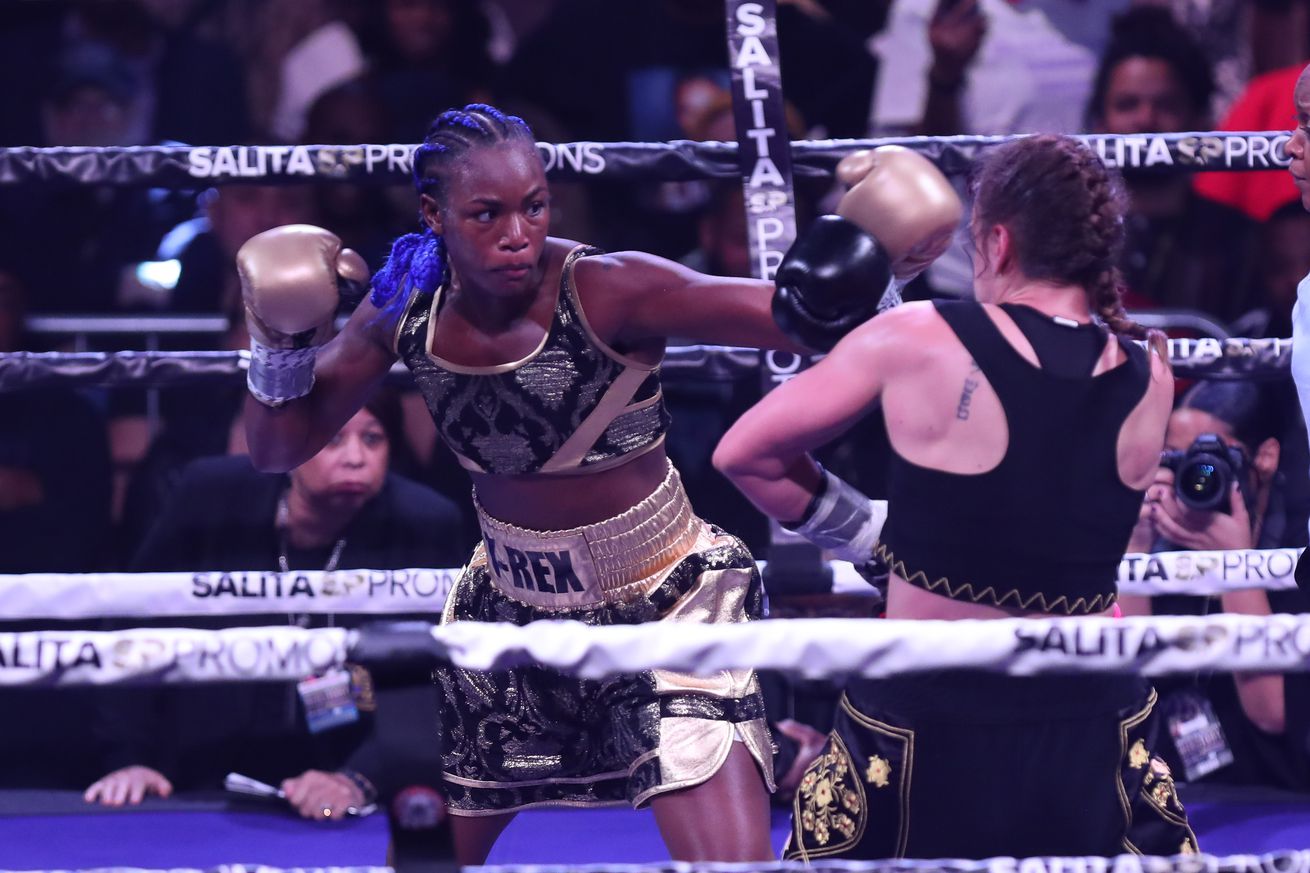 Claressa Shields has her eyes set on unifying another weight class. RDS reports that “T-Rex” is set to put her WBO and WBC super welterweight belts on the line against IBF champion Marie-Eve Dicaire on May 9th in the former’s native Flint, Michigan. Flint will host a press conference on Monday,

Dicaire (17-0, 0 KO) is BoxRec’s #1 woman at 154 pounds, having beaten Chris Namus for the belt in 2018 and racked up a trio of successful defenses that includes former champions Mikaela Lauren and Ogleidis Suarez. Shoudl this fight go through as expected, she’ll be making the first appearance outside of Quebec in her four years as a professional.

Shields (10-0, 2 KO) dominated Christina Hammer in a terrific performance last April, claiming undisputed middleweight supremacy in the process. This prompted a move down to 154, where a vacant title fight with Ivana Habazin collapsed at the last minute thanks to Shields’ brother sucker-punching Habazin’s trainer. The two would ultimately meet in January, with Shields running roughshod over her to become a three-weight champion.

Shields has been vocal about wanting a crack at welterweight queen Cecilia Braekhus, and having a number of belts around her waist would certainly be a solid enticement to bring boxing’s “First Lady” up to 154. For now, though, someone’s “0” has got to go.