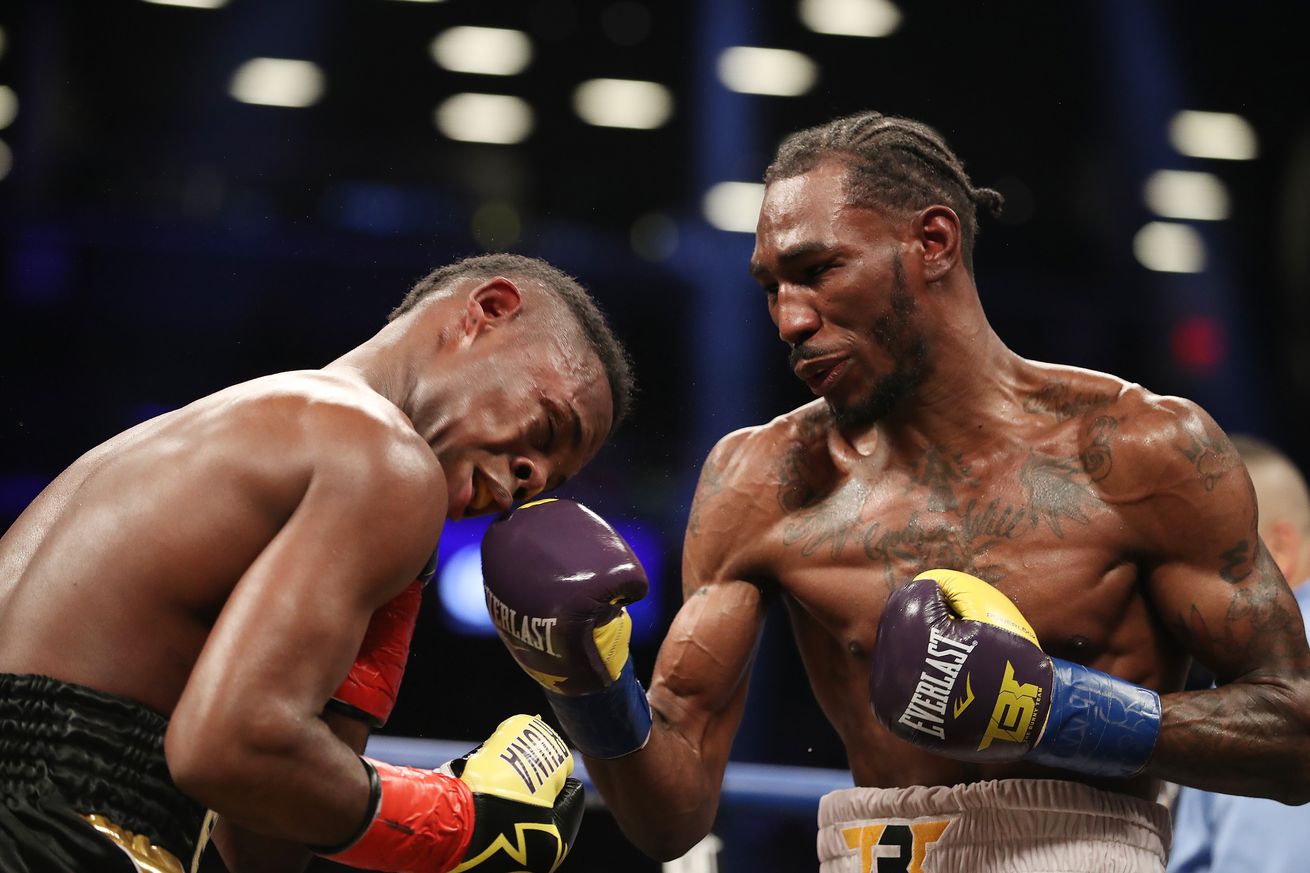 Robert Easter Jr and Rances Barthelemy are headed for a spring showdown.

Former titleholders Robert Easter Jr and Rances Barthelemy are finalizing a deal for an April 27 fight on Showtime, according to ESPN.

Easter (21-1, 14 KO) hasn’t fought since his loss to Mikey Garcia last June, where he was dropped and pretty much shut down over 12 rounds, losing his IBF lightweight title.

The 28-year-old from Toledo, Ohio, had won the belt in Sept. 2016, narrowly outpointing Richard Commey, who now has the IBF belt after Garcia vacated. Commey beat Isa Chaniev in two rounds in February, but injured his hand and plans for an April 12 unification date with Vasiliy Lomachenko were scrapped.

Barthelemy (27-1, 14 KO) has won titles at 130 and 135, and moved up to 140 in 2017, beating Kiryl Relikh by decision in a fight where both men hit the canvas. Barthelemy rematched Relikh in March 2018, with Relikh widely outpointing the Cuban in San Antonio.

Barthelemy, 32, most recently fought on Dec. 22, stopping journeyman Robert Frankel in the third round. He’ll be returning to 135 to face Easter.

There would really be no big favorite in a fight between Easter and Barthelemy, it seems well-matched on paper and a meaningful fight for both.

The April 27 Showtime date had previously been connected to Gary Russell Jr’s next defense of the WBC featherweight title, which could be against Kiko Martinez, but that idea is off, and Russell will fight some other date.