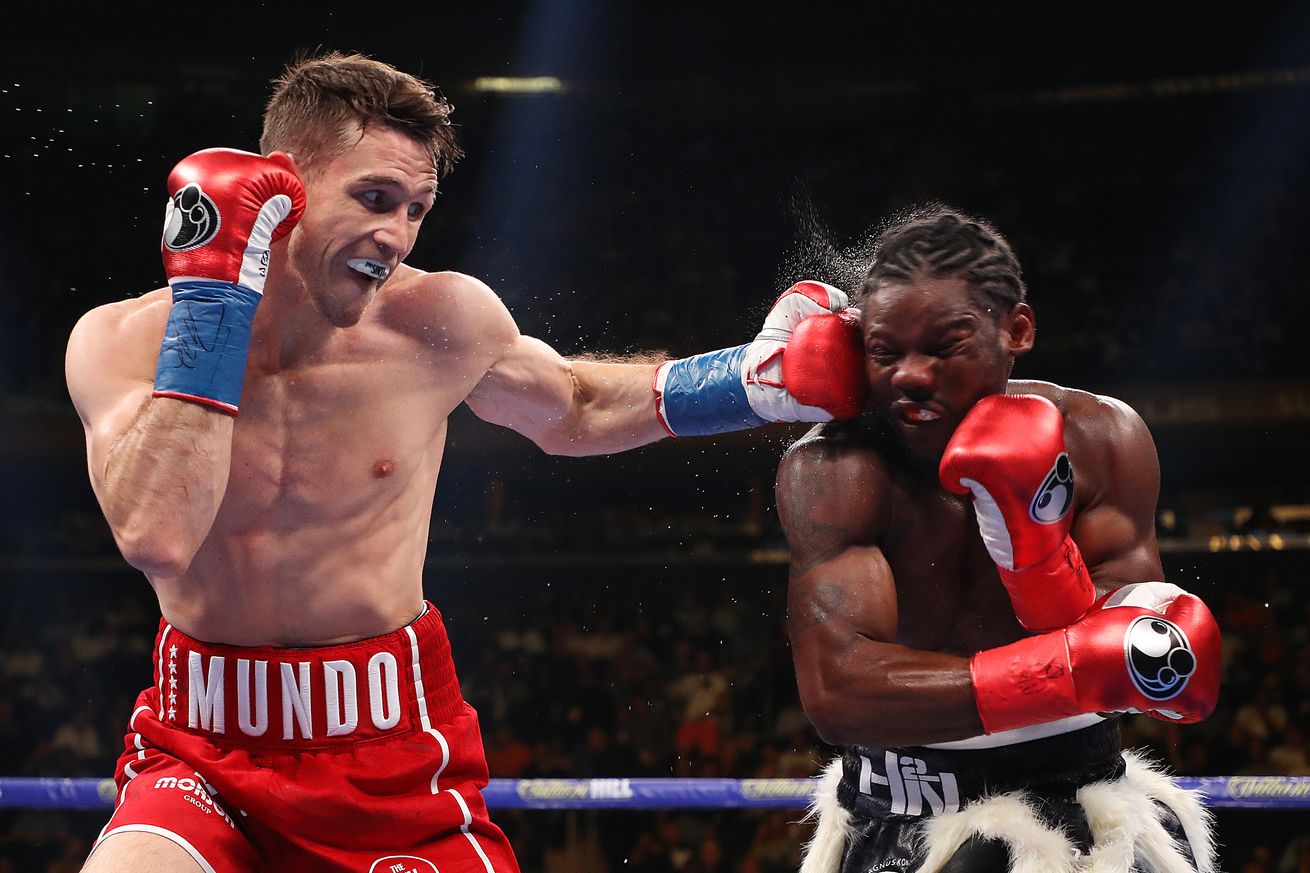 Hassan N’Dam was as stubborn as ever, but Callum Smith was just too big and strong.

Callum Smith made a successful first defense of his WBA super middleweight title, thrashing longtime middleweight contender Hassan N’Dam and stopping the challenger at 2:56 of the third round.

Smith (26-0, 19 KO) put N’Dam down late in the first, early in the second, and then again late in the third. The third knockdown was especially heavy, and though N’Dam got up — which he always does, to an almost absurd degree — the referee made the right call to stop the fight there, as N’Dam was unsteady and had cracked his head off the canvas on the fall.

Smith, 29, outlanded N’Dam 50-12 overall and was just in complete control of the fight. N’Dam had actually had his best round in the third before the final right hand. He was simply too big and strong for N’Dam at 168, and at this point of N’Dam’s career.

Smith has been linked to a potential fight with middleweight money man Canelo Alvarez, who has dabbled at 168 in the past. This is the sort of performance that will, he hopes, make people take notice of his skills and the sort of danger he could present against Canelo.

Asked about possibly fighting Alvarez in September, Smith said, “Canelo is a special fighter. We’ll have to wait and see what he does in September or May (2020). If he moves up, I believe I’m the best fighter in the world at 168, and I’m up for the challenge.”

He again said he wasn’t going to simply wait for a Canelo fight, though, but that he wants to make clear he’s the man to fight at 168 if Alvarez does move up. Smith also said he wants to stay active again after what was a long break between his last fight and this one.