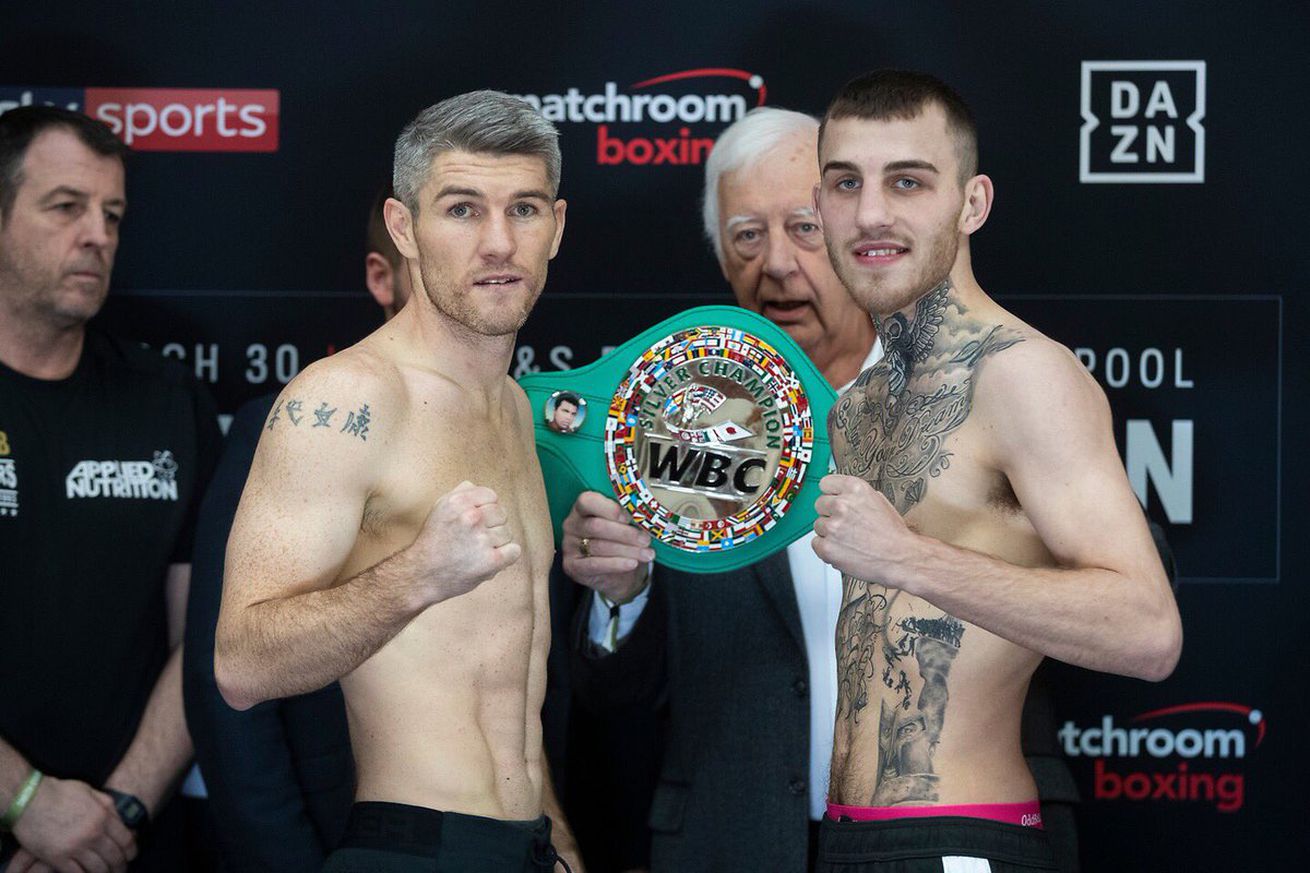 Liam Smith takes on Sam Eggington in the main event from Liverpool.

Today at 3 pm ET streaming live on DAZN in the US and airing on Sky Sports Main Event in the UK, former junior middleweight titleholder Liam Smith returns home to Liverpool to face Sam Eggington in the main event of a packed card.

Smith (26-2-1, 14 KO) is looking to bounce back from a loss to Jaime Munguia, and he’s 9-0 in his career at Echo Arena. He and Eggington (24-5, 15 KO) will be fighting for the vacant WBC “silver” title, which in theory puts the winner in line for a shot at the real WBC title, currently held by Tony Harrison.

Arguably the most interesting fight of the weekend will take place on the undercard, as unbeaten 154-pound prospects Anthony Fowler (9-0, 8 KO) and Scott Fitzgerald (12-0, 9 KO) do battle after a lot of trash talk over social media. Fitzgerald had a little trouble making weight on Friday, but did manage to get there.

The rest of the card: