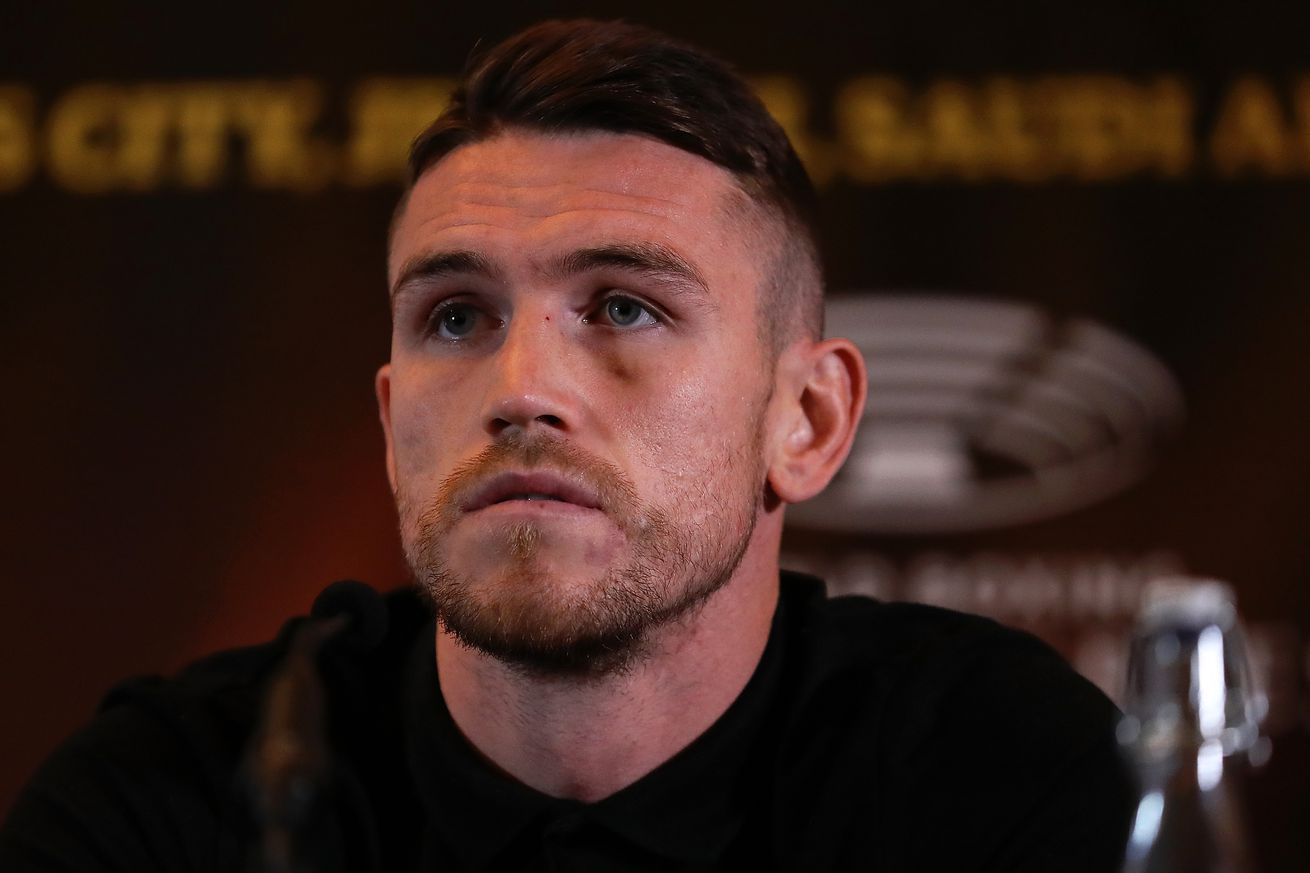 Smith says he rates Canelo as a fighter, but thinks he’s not big enough to compete with him at 168lbs.

As super middleweight titleholder Callum Smith has been hearing his name thrown around as a potential option for Canelo Alvarez, Smith tells RingTV that he’s flattered that an elite-level superstar is even thinking about him. Smith (25-0, 18 KOs) has most recently come off a stoppage win over George Groves last fall, and says if his phone rings for a Canelo fight that he’d jump at the opportunity.

That’s not to say it’s because Smith doesn’t believe Canelo is a really exceptional fighter, but more so because he believes that Canelo isn’t really big enough to make an impression at the top level of super middleweight division.

“He’s special, he’s the face of boxing at the minute and nobody rates him more than me. I just think he’s a middleweight. To come up to super middle is a big ask for him, and no disrespect to Rocky Fielding (Canelo stopped Fielding in three and Smith stopped him in one at 168 pounds), I believe I’m a lot better.

“Canelo is a good fighter, great to watch and I do rate him. The things is, I rate (Vasiliy) Lomachenko, but I don’t believe he’ll win junior welterweight or welterweight titles. There’s only so much size you can give away where your ability makes up for it. I see size as being a big advantage for me if the Canelo fight happens.”

Canelo did just handily beat a big middleweight last weekend in Daniel Jacobs — who is thought to be considering a move up to 168 — but Smith believes that was in large part caused by Jacobs starting too slowly in the fight, which gave Canelo a big points cushion to sit on. And despite Jacobs coming on stronger in the later rounds, Smith still finds it surprising that some scored the fight as close as they did.

But if the Canelo fight presents itself for Smith, he believes it sells-out whether it takes place in London or Las Vegas, although he says Vegas would probably be the most likely destination for the fight. Let’s just see if this potential fight gains any more traction in the coming weeks.