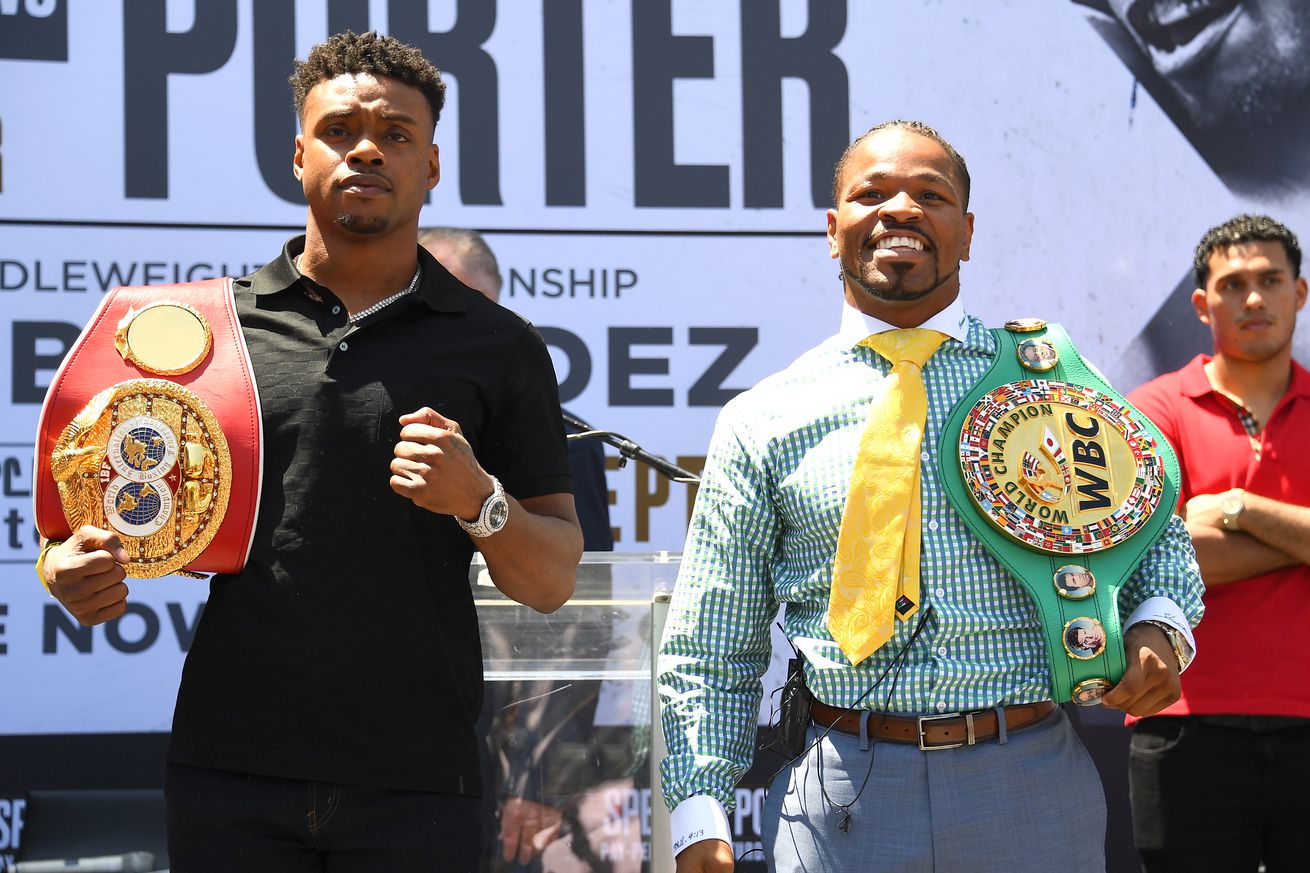 The two welterweight titleholders sat down to discuss their Sept. 28th unification.

With their welterweight title unification match just around the corner on September 28, Errol Spence and Shawn Porter sit down face-to-face alongside Brian Campbell to discuss their impending battle.

When Campbell posed the question to the fighters about whether or not their still friends from their amateur days, Porter was the first to respond.

“When he said he wanted to fight me, let’s go!” Porter said. “This is what we do, this is what we sign up for. But you know like I know, it’s time to take care of business.”

Spence would reply with these thoughts:

“This is something that I’ve wanted for a long time, to become unified champion, to have that WBC belt and I’m more loyal to my dream and to my job more than I am a friendship because this is how I put food on my family’s table.”

Tensions would start to rise soon after, though, with Campbell bringing up some of the trash-talking, with Spence saying he’s going to knock Porter out. Porter brought up the fact that Spence didn’t even knock out Mikey Garcia (who was moving up two weight classes), while Spence suggested he was intentionally trying to put on a boxing clinic to prove a point.

“He doesn’t have the skills to beat me,” Spence would continue to say. “I’m not worried about Shawn boxing like he did with Ugas, or with Danny Garcia. He’s gonna have no choice but to come forward. Period.”

Check out the full sit-down interview with both fighters above.