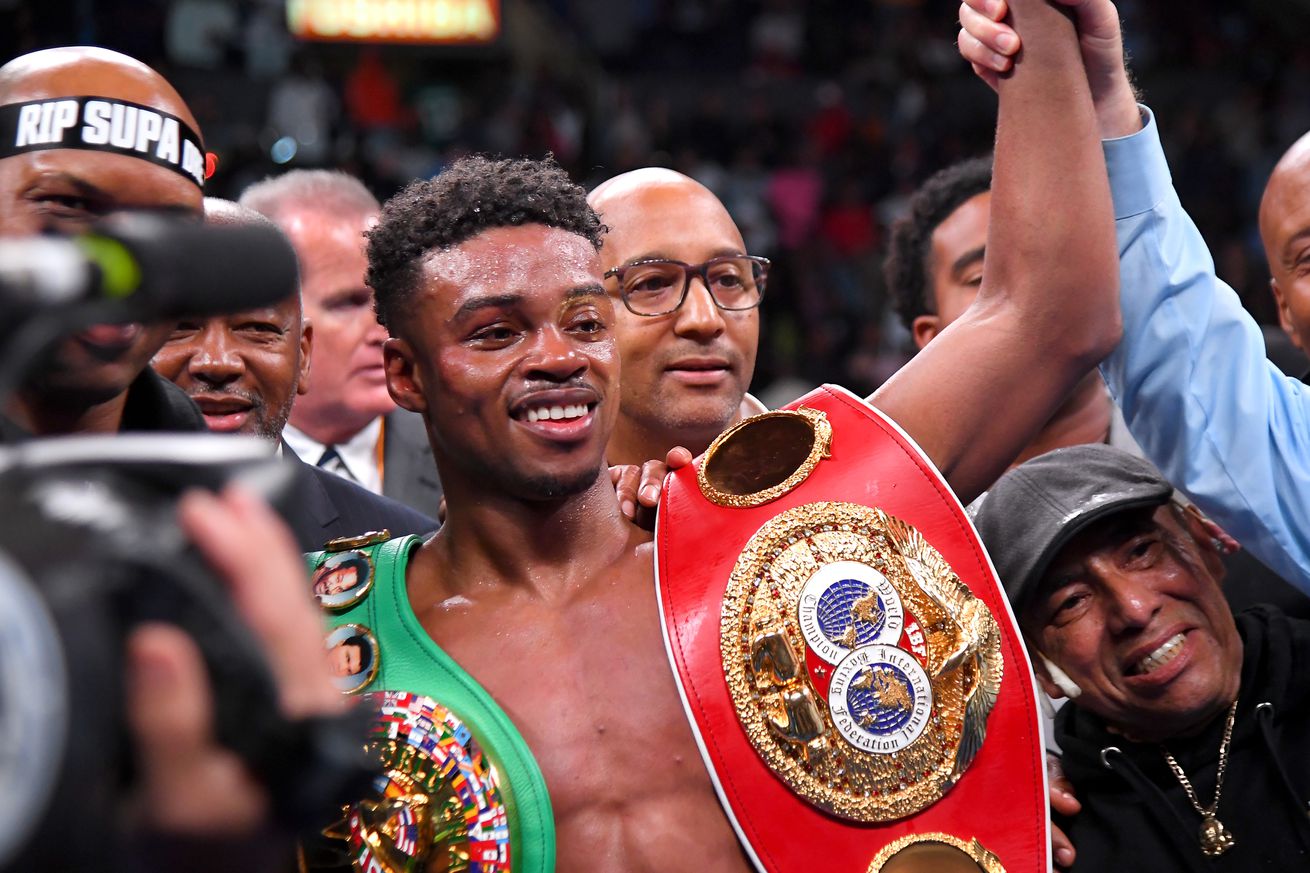 Errol Spence Jr spoke with Brian Custer about Danny Garcia, his remaining time at 147, and his beef with Keith Thurman.

WBC and IBF welterweight titleholder Errol Spence Jr is gearing up for his return on Dec. 5, when he’ll face former two-division titlist Danny Garcia in a FOX pay-per-view main event from AT&T Stadium in Texas.

Spence (26-0, 21 KO) hasn’t fought since a Sept. 2019 win over Shawn Porter, a tough fight that went Spence’s way by split decision in Los Angeles, where he unified the two belts. The fight between he and Garcia (36-2, 21 KO) was booked straight away and expected to happen in January of this year, but Spence was involved in a horrific one-car accident in Oct. 2019, and is lucky to have survived without — it seems — any significant, long-lasting injuries.

Garcia, 32, has said he plans to test the 30-year-old Spence early, and Spence told Brian Custer on The Last Stand Podcast that Garcia can do whatever he feels he has to do, but that he’ll be prepared, and that he doesn’t have any concerns about his physical state going into the fight.

Spence has also been fielding a lot of comments from others, including Keith Thurman saying that Spence has to fight him or leave the division, to which Spence had a very blunt response.

“I guess I’m moving up or going down, one of the two, because I mean, that shit ain’t happening. Fuck Keith Thurman,” he told Custer. Asked why he objects to the idea of fighting Thurman so much, Spence said, “He’s just one guy I’ve just never liked. There’s a lot of boxers out there I really don’t care for, but him, I just don’t like him. I feel like he’s fake. Everything about him. I just don’t like him.”

He also responded to Jaron “Boots” Ennis saying he thinks he can beat both Spence and Terence Crawford, saying he feels he has more tricks than either of them. On Ennis, Spence was more complimentary.

“Great young up and comer, the dude can fight. Very sharp, very accurate, he looks like he can punch hard,” Spence said. “He may have more tricks than me, but I don’t really got tricks, I just fight my ass off. I don’t know nothin’ about tricks, but he can fight, though. He’s coming up and he’s gonna be there along with Vergil Ortiz.”

Spence figures he’ll be at welterweight for two or three more fights, and wants to clean out the division before he moves up.

“The only people I’ve got on my hit list, I mean, of course Danny, I’m not overlooking him at all,” he said. “So Danny, (WBA titleholder) Manny Pacquiao, and (WBO titleholder) Terence Crawford, then I’m going up.”

He also noted he expects Crawford to beat Kell Brook when they fight on Nov. 14 in Las Vegas.

He may also skip over the 154-pound division and jump up to 160, as right now, Jermell Charlo holds three of four belts at 154, and may be able to add the fourth before Spence is ready go to up. If there are no title fights — Spence won’t want to fight Jermell, who is his training partner — then a move all the way to middleweight could be in the cards.

On that front, he was asked about potentially fighting Canelo Alvarez, though it has to be noted that all indications are Canelo is done at 160 pounds, and plans to fight at 168.

“That would be a big fight, I don’t know when that fight would happen. I mean it’s up to the guys in the suits, Al (Haymon) and all of them,” he said. “I wouldn’t step on Jermall’s (Charlo) toes or Jermell’s toes because I know Jermall has been yearning for that fight for a long time. I know Jermell has been wanting that fight, too. I would let my guy Jermall get that fight first before I step on his toes and get that fight, but if that’s the fight he can’t get and I can get it, I would definitely take that fight.”