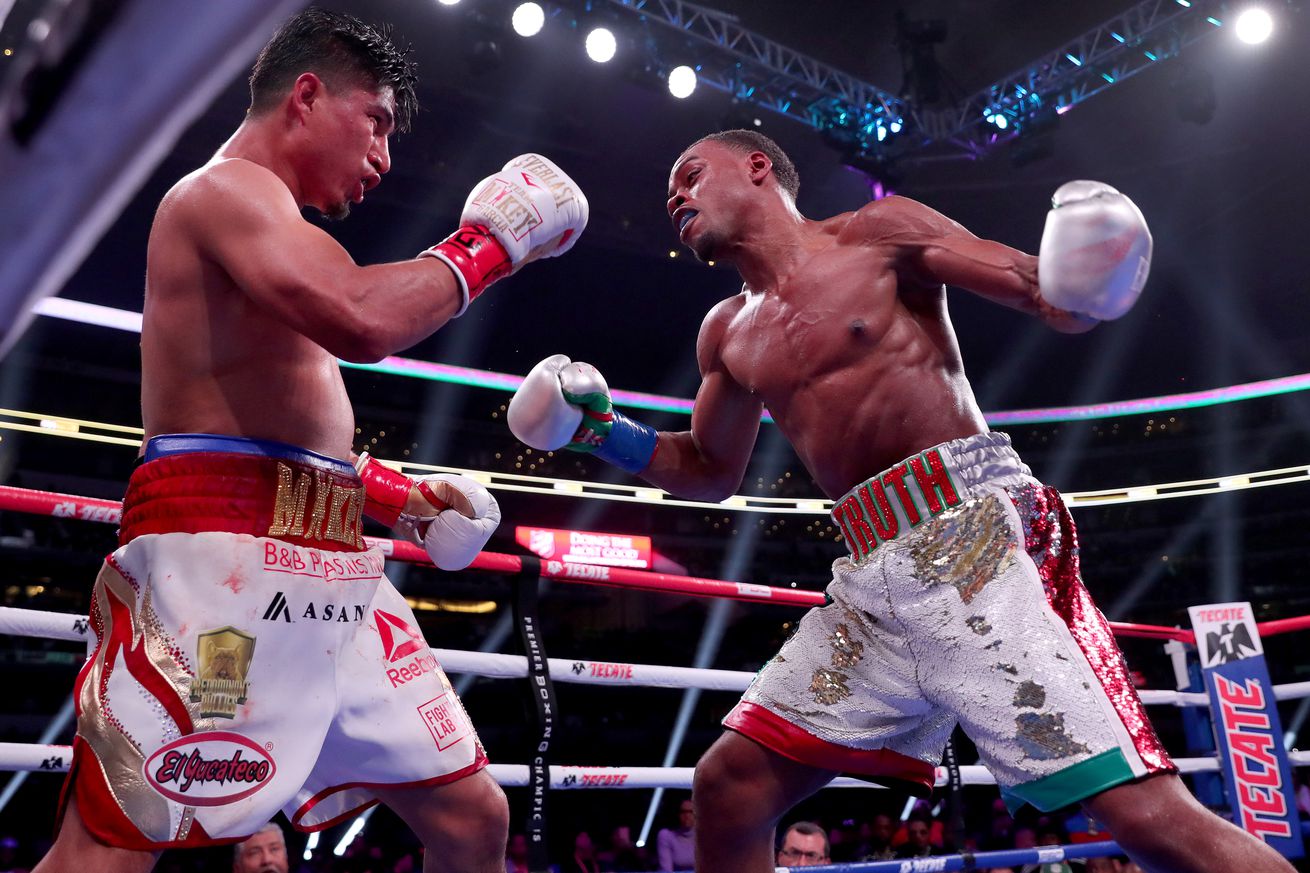 The event takes place at Staples Center in Los Angeles

According to Pugmire, an official announcement could come “by this weekend.”

We’ve known about both fights for a while; Dirrell (33-1-1, 24 KO) vs. Benavidez (21-0, 18 KO) was originally thought to be part of the Deontay Wilder-Luis Ortiz II undercard, but that fight was recently pushed back to November. Spence (25-0, 21 KO) vs. Porter (30-2-1, 17 KO), meanwhile, had been tentatively linked to Barclays Center, which both men have frequently patronized in recent years.

From a matchmaking and entertainment standpoint, this is a terrific pair of fights. Can’t say I agree with locking the card behind a paywall, though, especially since PBC will want as many eyes on Spence as possible while they work on a Terence Crawford unification. Plus, Benavidez has the tools to be a star, so he could use as much exposure as possible.