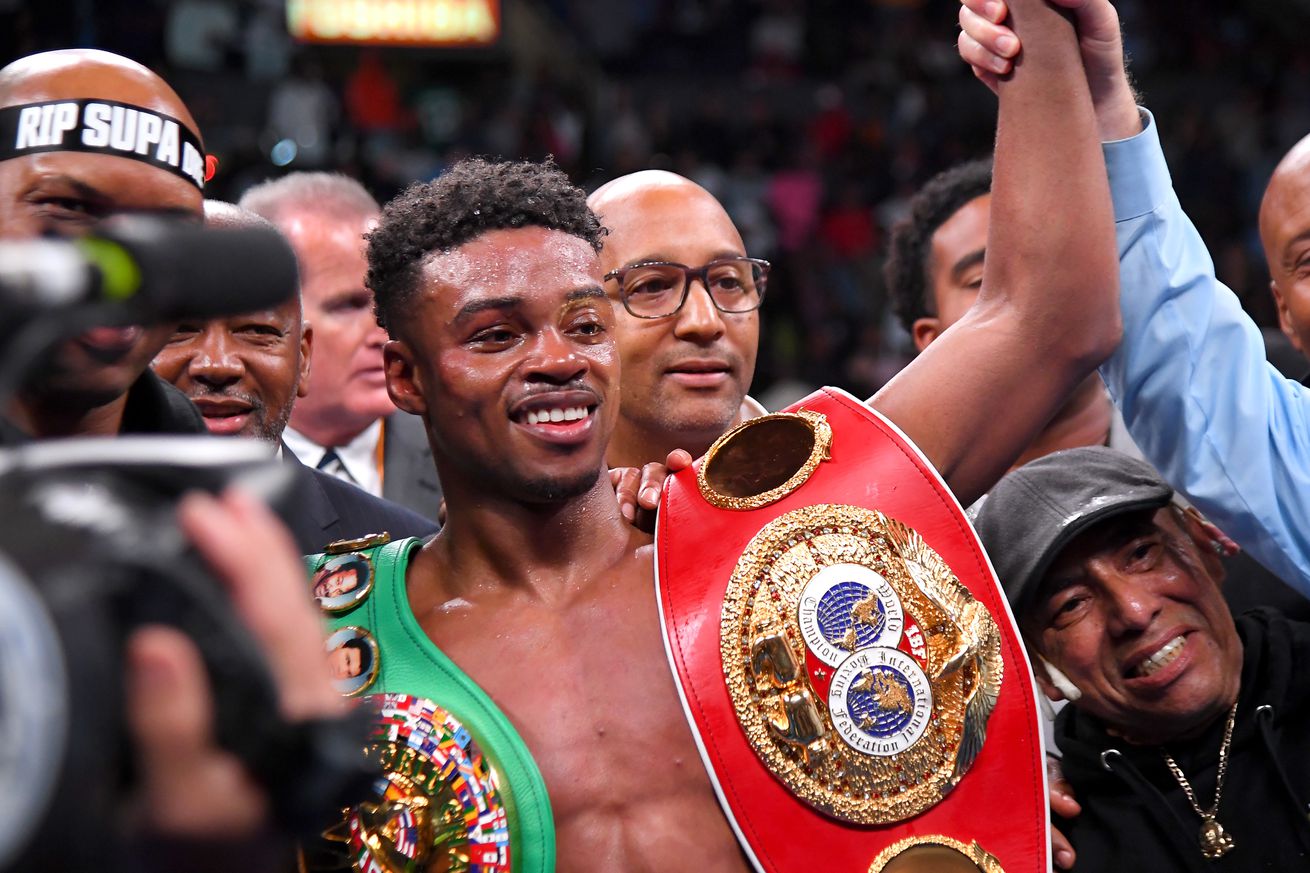 The unified welterweight titleholder says he’s not looking to take it easy when he returns to the ring.

IBF and WBC welterweight titleholder Errol Spence Jr was last seen in the ring on Sept. 28, when he defeated Shawn Porter to unify those two belts in a gritty, all-action pay-per-view main event.

It seemed like another launching pad for the 29-year-old Spence (26-0, 21 KO), regarded by many as the best welterweight in boxing and by no one as any less than the second-best welterweight, plus a pound-for-pound player.

But after a planned Jan. 25 return against Danny Garcia, which would’ve been another big fight, a single car accident in mid-October changed everything. Spence was put on the shelf, Garcia was left to schedule a replacement fight against Ivan Redkach, and only recently has Errol even gotten back into the gym to hit the mitts and run.

Spence appeared on Saturday night’s PBC on FOX show, where Jermell Charlo regained the WBC junior middleweight title from Tony Harrison, and spoke with Brian Kenny about his plans to get back in the ring, and how he’s doing after the accident, which he admits he was lucky to survive.

“Everything’s good,” he said. “I’m feeling good. I’ve spent a lot of time with my family, my friends, and my little girl. I’ve been enjoying the time with them while I’ve been out from boxing.”

Asked about his physical well-being, Spence told Kenny, “My ribs were just sore, my whole body was just sore. It was, I guess, a miracle from God protecting me from the accident. Anybody else would’ve probably been killed. It was just a blessing from God that I was able to make it safe and return to boxing next year.”

Spence said he has no great concerns about his future in boxing, and that he’s planning to return late in the spring or early in the summer, most likely.

“I’ll definitely get through it,” he said. “I’m fighting around May or June, so I’ll be back real soon. I already started training last week, I was feeling good, I hit the mitts and everything, I ran and stuff, too.”

He also said he’s not looking to ease back with with a get-well opponent; he wants the big dogs in the division.

“I don’t want a tune-up fight. I want to fight Pacquiao, or if (Danny) Garcia wins his (Jan. 25) fight, I want to fight Danny Garcia,” he said. “I was supposed to fight him in January, but I had my accident, so that’s the guy that I’m looking to fight.”

Spence said he’s been medically cleared to resume boxing, and yes, he was asked about the guy the PBC welterweights don’t usually mention by name, WBO titleholder and Top Rank fighter Terence “Bud” Crawford. Fans have been clamoring for a Spence-Crawford fight all through 2019, and Spence at least gave it a mention specifically.