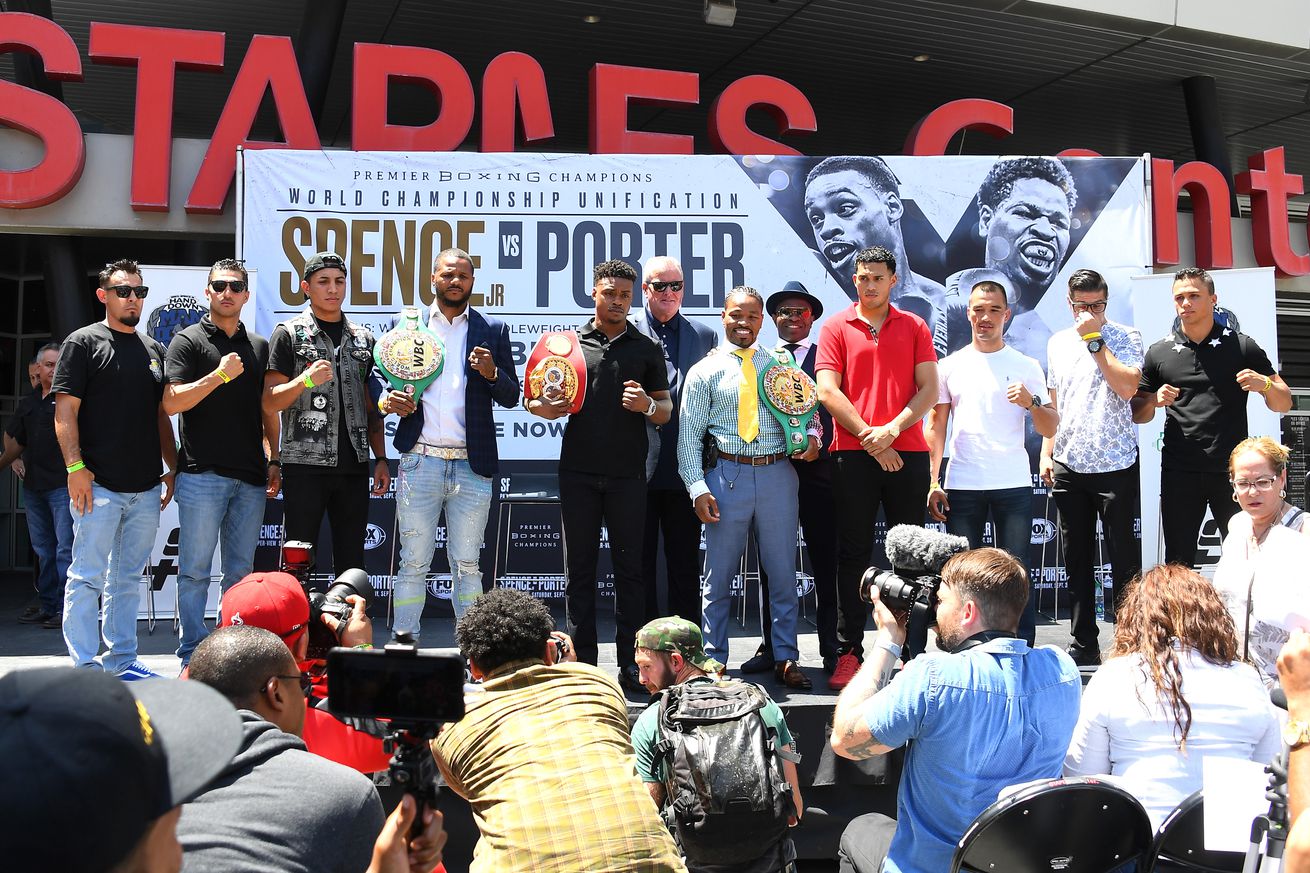 The upcoming welterweight title unification between IBF beltholder Errol Spence and WBC beltholder Shawn Porter on September 28 has just found a home in the U.K.

Sky Sports has picked up the card for its audience, presented by Premier Boxing Champions, while it’s slated on a FOX PPV here in the United States. Adam Smith of Sky Sports offered the thoughts on the addition:

”We know both champions well from past appearances on Sky Sports, two of the finest fighters in the red-hot welterweight division with contrasting styles which should gel into an explosive encounter in Los Angeles.”

Spence (25-0, 21 KOs) enters this fight coming off a unanimous decision win over Mikey Garcia back in March, and says he’s looking to become undisputed welterweight champion before he starts moving up the scales. Meanwhile Porter (30-2-1, 17 KOs) comes into the fight off a tough split decision win over Yordenis Ugas earlier this year as well.

You can watch both of these fighters talk about their impending battle here, as they sat face-to-face with Brian Campbell to discuss their bout.