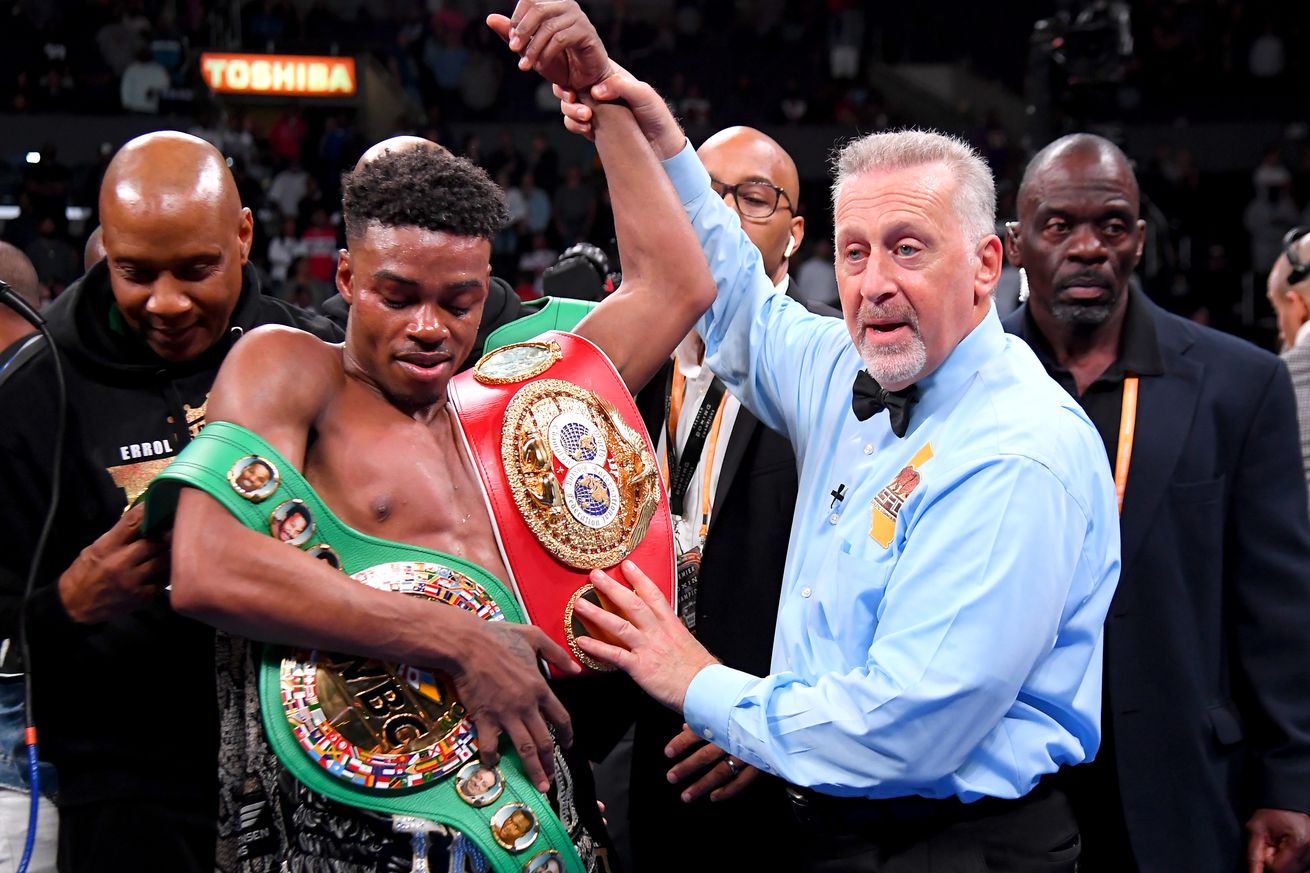 Spence first will return on Dec. 5 against Danny Garcia.

Errol Spence Jr is set to return to action on Dec. 5, defending his WBC and IBF welterweight titles against former two-division titlist Danny Garcia, but if he gets past that, he’s got his sights set on further unification in 2021.

Spence wants to face the legendary Manny Pacquiao next year, saying, “He’s on his way out, so I’d love to have that fight,” and calling Pacquiao “a living legend.”

Spence added, “Pacquiao has been in the sport 20-something years, he’s an icon even outside the sport. Everybody knows who Manny Pacquiao is. That would be a great fight for me.”

Diehard boxing fans would largely prefer to see the 30-year-old Spence (26-0, 21 KO) unify against WBO titlist Terence Crawford, who will fight Kell Brook on Nov. 14, but that still seems like it’s not being brought to the table.

Pacquiao, the WBA titleholder, is going to turn 42 in December, and has his sights set on a money/novelty fight with UFC superstar Conor McGregor next. Manny isn’t technically with PBC at this point, but he’s definitely not with Top Rank, and the PBC/Top Rank relationship is still pretty icy; especially, it seems, at 147, and with regard to Crawford fighting one of their top names at the weight.

So of the two, Spence-Pacquiao has the promotional advantages of being much easier to make, in all likelihood, and also Spence being completely correct about Pacquiao’s name value. He’s not what he was in, say, 2009-2012 or so in any way, either in the ring or in overall popularity, but he’s still a dramatically bigger star than Crawford. From a tactical standpoint, Spence is also right that Pacquiao is on his way out, though he is still a very good fighter at the very least, as we saw last year when he beat Keith Thurman.

We also have to see what kind of form Spence is in against Garcia (36-2, 21 KO), who is never an easy out. Errol will have been out of action just over 14 months by the time that fight rolls around, and he had that horrible car accident about a year ago that he’s lucky didn’t end his career or worse.