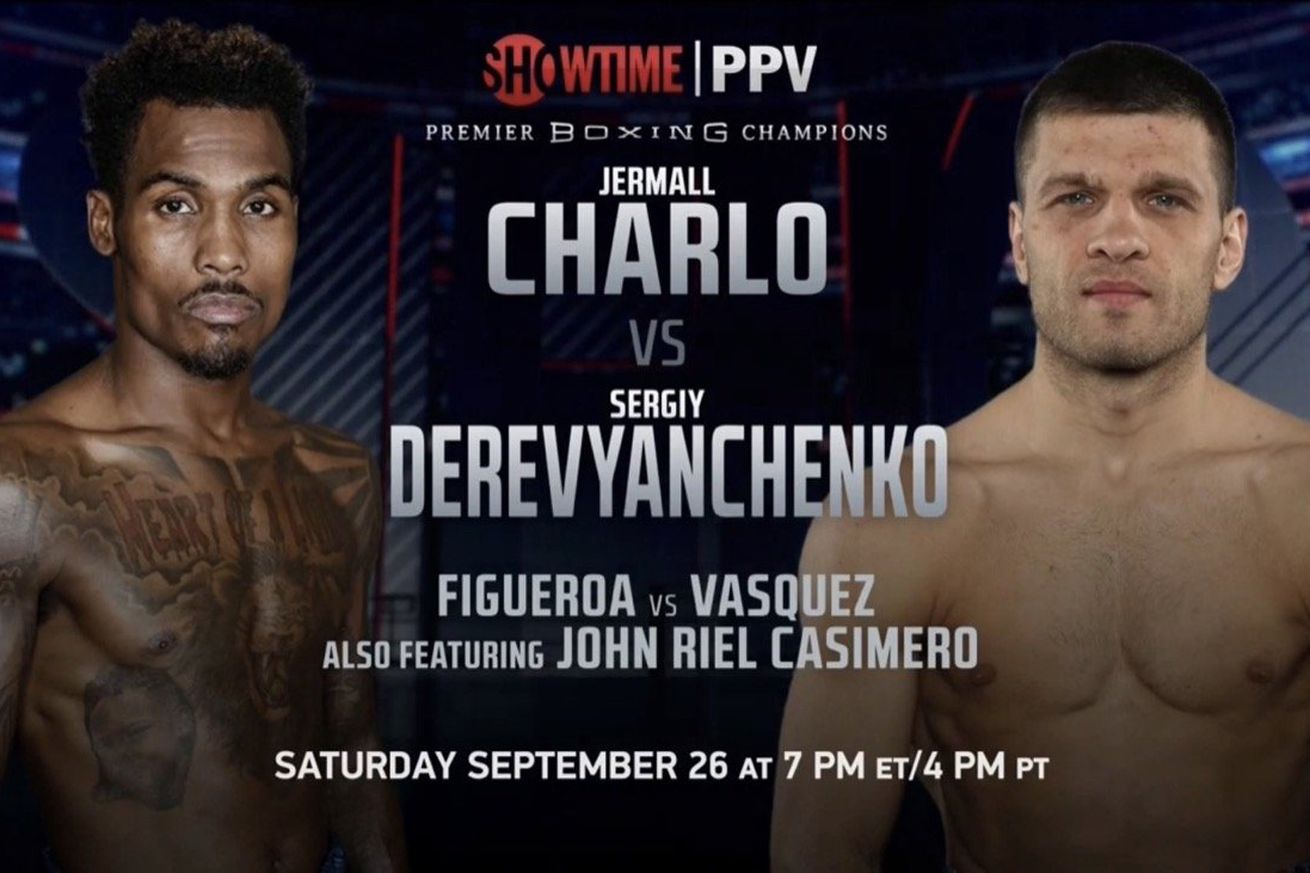 Jermall Charlo or Sergiy Derevyanchenko, who leaves with the WBC middleweight belt on Saturday?

Saturday night on Showtime PPV (7 pm ET), Jermall Charlo will defend his WBC middleweight title against Sergiy Derevyanchenko, who is trying for a third time to win a world championship as a professional, having previously lost to Daniel Jacobs and Gennadiy Golovkin by razor-thin margins.

Will Charlo retain and stay undefeated, or is Derevyanchenko’s time finally here?

Our staffers weigh in.

Speaking as someone who’s been a stalwart GGG fan since he blew up Grzegorz Proksa, Sergiy Derevyanchenko absolutely won that fight. Even if you disagree, holding his own in a vicious infight against even a faded Golovkin deserves your respect.

That kind of effort wins him this fight.

“The Technician” is far and away the strongest middleweight Charlo has yet faced, and though the latter has an even more significant height and reach disadvantage than he did against Golovkin, I’m not convinced Charlo has the skill or temperament to keep him at the end of his jab. When they inevitably meet in the pocket, Derevyanchenko figures to be craftier and more technically sound, a gap that Charlo’s superior one-shot power isn’t enough to bridge.

I haven’t been on the wrong end of a 3-1 Staff Pick split in a while, so maybe this will rectify that. I could very easily see Charlo just being too big and strong for Derevyanchenko, but stranger things have happened this summer. Derevyanchenko SD-12

This is a cracker. Deciding how to watch a Stateside fight as a Brit is forever a conundrum, weighing up the stay up vs. wake up vs. try and get a replay in the morning without a spoiler triple-threat match of options. This is a stay up kind of fight, and it’s baffling and depressing in equal amounts how the major broadcasters in the UK have turned their back on it (FYI, FITE TV are streaming it for £14.99).

It’s about time Jermall was tested in a real fight. Credit where credit’s due, but it’s overdue. We really don’t know how good Big Charlo can be at middleweight, but the eye test suggests it’s a healthy weight for the WBC champion*. He’s patient, which can allow his opponent to outwork him, but this patience often pays off landing some heavy artillery when the opportunity presents itself.

Derevyanchenko has promised is a similar fight to the one against Golovkin last October. Whether this is possible from the 34-year-old is to be seen, but so is the toll that that war with GGG took on the body of the Ukrainian. Both losses to Jacobs and Golovkin were tight, debated, controversial, yet arguably avoidable. He tends to fade in the Championship rounds after emptying the tank in the middle stanzas, undoing the better work he does to get himself ahead on the cards. Derevyanchenko won’t be getting any favours from the judges.

I really like Derevyanchenko and it’s hard to pick against my urges of sentiment to see him become third time lucky. But I am going to. Charlo should be able to pick the classier, heavier shots and stifle the aggression of the challenger. 116-111 Charlo with a late knockdown. Charlo UD-12