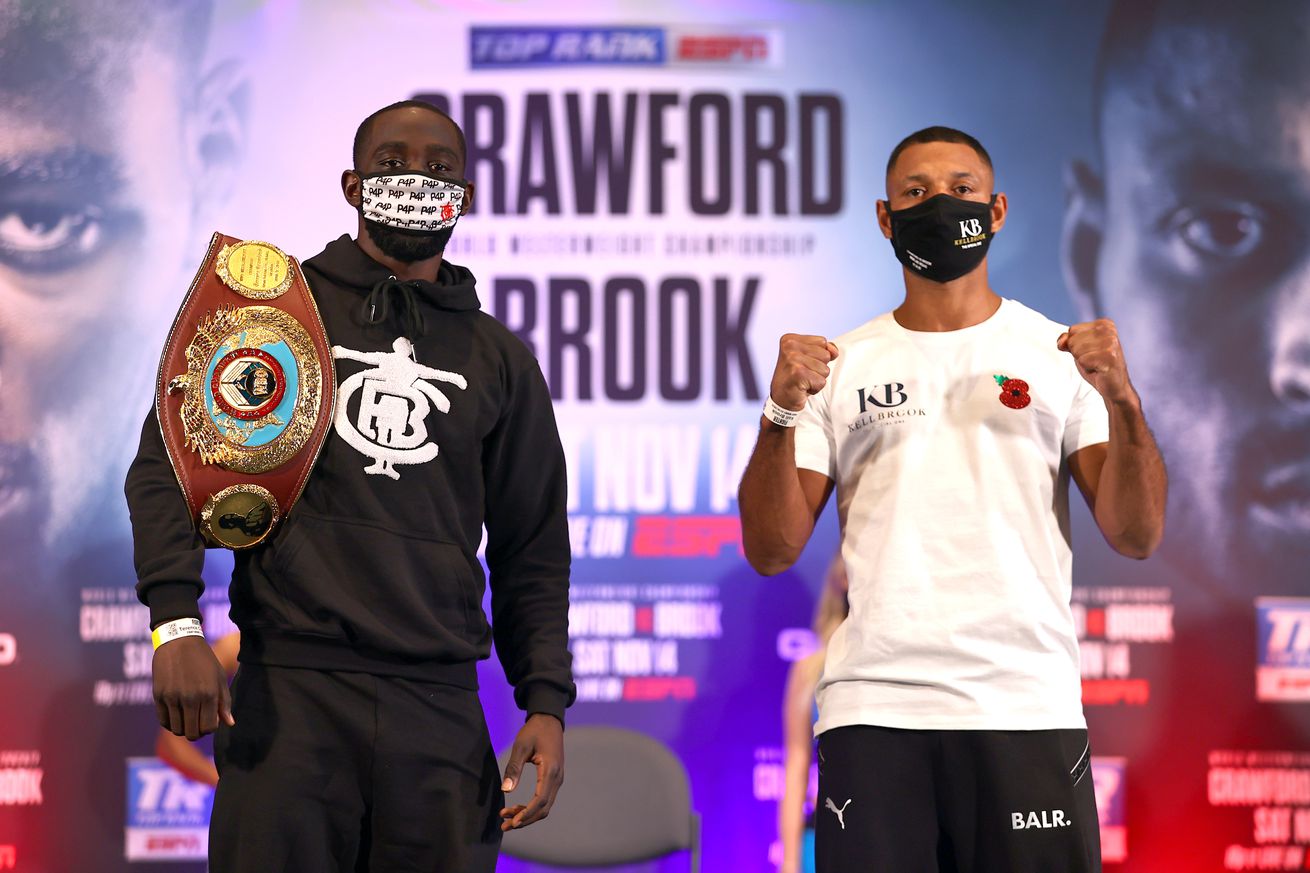 Does Kell Brook have an upset in him on Saturday, or will Terence Crawford win again?

WBO welterweight titleholder Terence “Bud” Crawford is set to defend his title once again this Saturday (Nov. 14, ESPN, 10 pm ET), facing ex-titlist Kell Brook, who hasn’t fought in the 147-pound division in over three years, but will give it another whirl in Las Vegas.

You could go back to the beginning of Brook’s career, comb through every discrete instance of him that has existed since then like a Tralfamadorian, and still not find one that consistently beats Crawford. The 2020 incarnation, who hasn’t dazzled in the ring since mauling Siarhei Rabchanka in 2018, is doomed. Crawford can reproduce the majority of Brooks’ best weapons, only faster, harder, and with almost half a foot of additional reach.

There’s just nothing in Brook’s arsenal that prompts the thought “how’s Bud going to deal with that?”. Even Brook’s potential weight advantage is offset by the fact that he’s making his first cut to 147 in 3.5 years. To his credit, he’s never been short on bravery, so I don’t expect him to go quietly; unfortunately, that just means more damage from one of the sport’s best finishers. Crawford beats him into submission late. Crawford TKO-10

Once again, Brook looks to have bitten off more than he can chew in an attempt to return to the top of the mountain. I’d love nothing more than for him to upset the odds against Crawford this weekend, but this feels like one last roll of the dice in a career underpinned by risk vs reward. Despite just two losses on his record – both in fights that took a massive toll on Brook’s body – Brook hasn’t recorded a notable win since beating Porter over six years ago. This, coupled with orbital bone injuries, and his shape-shifting up to middleweight, doesn’t bode well down at welterweight against Bud. Crawford has stopped 10 of his last 11 opponents, and despite the criticism surrounding his resume, is rightly considered one of the best in the business. His switch-hitting and elusiveness is bound to give Brook all sorts of issues – Brook’s decision to go it alone in this venture may be obvious early if plan A doesn’t work. Crawford is more than likely going to bamboozle Brook into a form of submission in the mid-to-late rounds. Crawford TKO-10