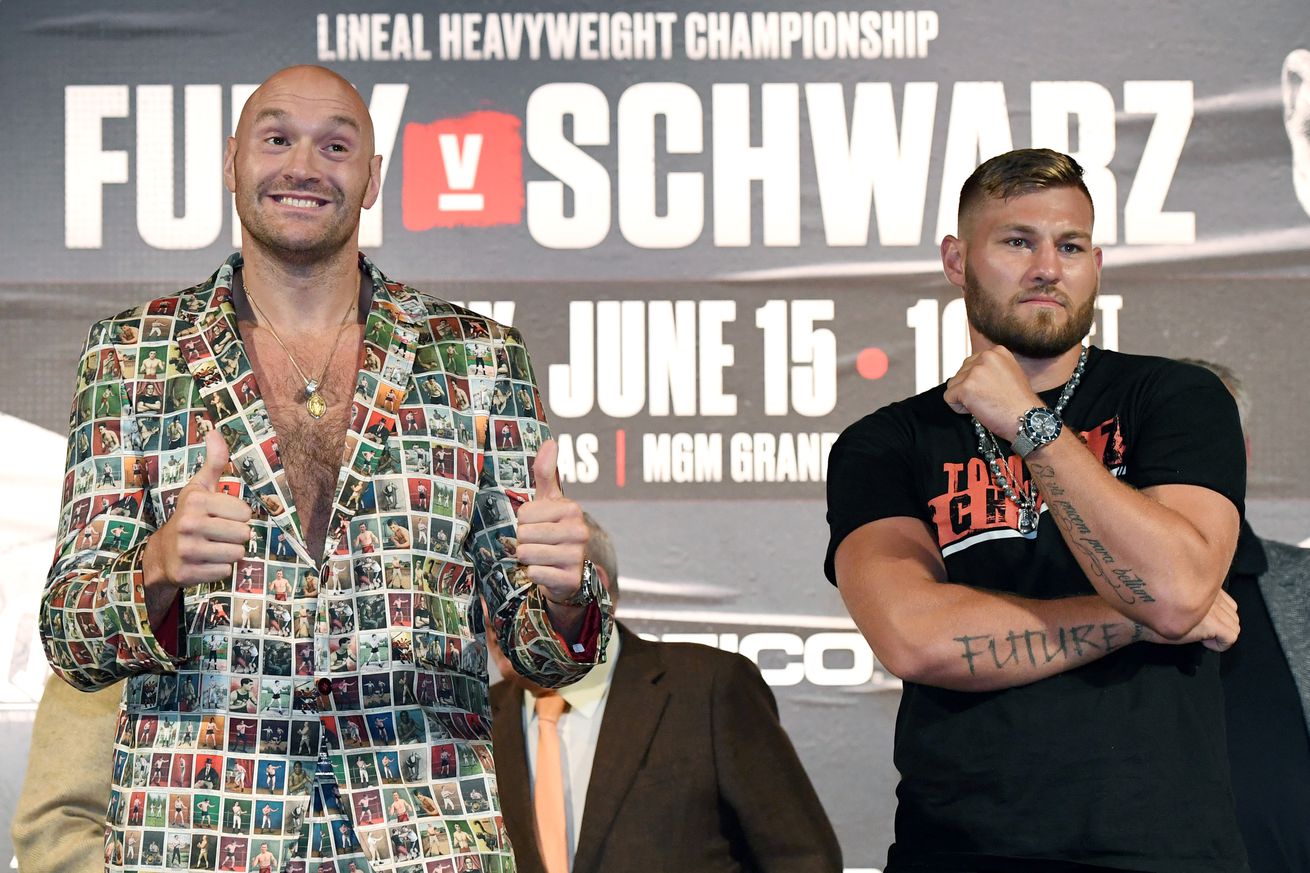 Tomorrow night on ESPN+, Tyson Fury returns to the ring in Las Vegas for his Top Rank debut against Tom Schwarz, and Jesse Hart battles Sullivan Barrera in a key light heavyweight bout.

I think this is a really interesting matchup. You’ve got two guys who are quite good, but at different points in their careers, and also two guys who despite their quality, have never gotten over the hump, either.

Barrera is 37 and fighting for perhaps a final crack at a light heavyweight title. His losses have come to Andre Ward (2016) and Dmitry Bivol (2018), but between those fights he scored nice wins over Vyacheslav Shabranskyy (who was unbeaten at the time), Paul Parker, Joe Smith Jr, and Felix Valera. Last November, Barrera routed Seanie Monaghan.

Hart, meanwhile, is 29 and twice gave Gilberto “Zurdo” Ramirez serious problems in 168-pound title fights. This is a move up in weight for the Philly native, as he seeks something big at 175, with 168 being a little barren for a Top Rank fighter at the moment.

Close fight on paper, with Jesse Hart being the marginal favorite on most odds I’ve seen. Hart, 29, is most recently coming off a second loss to Gilberto Ramirez, but so far that’s the only fighter to have beaten him in his professional career. Meanwhile Barrera, 37, has bounced back from a stoppage loss to Dmitry Bivol to decision Sean Monaghan last November. Hart is certainly better than Mogahan, but also not as good as Bivol, so this one should be interesting.

I’m also wavering on this fight a bit because I don’t think either fighter is demonstrably better than the other, and I think this fight could turn out to be a cagey affair. So in these sort of situations I’d tend to go with the much younger, and presumably fresher fighter. I’m gonna take Hart by majority decision, but would hardly be surprised to see it go the other way. Hart MD-10

It’s still not clear to me why Hart is moving to 175 pounds instead of trying to take advantage of the power vacuum Zurdo left behind. Sure, Billy Joe Saunders is a tricky sod, but the WBO rankings behind him are absolutely barren. Still, among the top light heavyweights, Barrera strikes me as one of the most beatable for Hart, if only for his tendency to get dropped like clockwork once per fight.

Plus, you know, the fact that he’s 37 and coming off some brutal battles.

I’ll admit I may be underestimating the impact of the seven-pound weight difference; as an MMA analyst, I’m used to guys jumping 10-20 pounds and finding success. I just think Hart hits a little too hard for the knockdown-prone Barrera to out-slug, and though I expect the Cuban to have plenty of moments, one or two knockdowns should prove pivotal in an extremely entertaining and razor-close war. Hart SD-10

Hart’s jump up to the land of the light heavys is off to a competitive start. Barrera’s only two losses have come at the hands of Andre Ward and Dmitry Bivol, the latter handed him a 12-round beat down which many believe would end the 37-year-old’s career in the upper-echelons of the 175-pound division. Barrera comes again in a huge test against Hart, who at 6ft 3” has the natural frame to go well in this bubbling division. Hart’s got too many advantages in this fight which can’t be ignored; the challenge of Barrera is a much better bounce-back fight than what followed after his first of two defeats to Gilberto Ramirez, with his intentions clear to make a splash in this new division. Barrera should stick around, but may ultimately become frustrated. Hart UD-10

Andy Ruiz Jr beat Anthony Joshua a couple weeks ago, so Tom Schwarz’s underdog role is a bit more meaningful here. And it’s the heavyweights, too, where one shot can change a fight more than in any other division — in other words, it’s not like GGG-Rolls or Valdez-Sanchez last Saturday.

Still, as much as I’d cackle with maniacal asshole glee at Tom Schwarz and Andy Ruiz Jr arguably being the top two heavyweights in the world come June 16, it’s not happening. I had Ruiz top 10 in the division before he fought Joshua, and even if a lot of others didn’t, they probably didn’t have him below top 15. I wouldn’t have Schwarz top 30 and I don’t think anyone else would, either. Plus, Fury isn’t Joshua. Fury is a slicker, smarter fighter, and in terms of how he looks physically on the press beat for this fight, I can’t remember ever seeing Tyson Fury look quite so fit. If anything, he should really be better than he was against Wilder in December, and not just because Schwarz isn’t as good as Wilder. I expect popular pick to be a Fury decision, but Fury has usually gotten guys like Schwarz out, either TKO or a corner stopping things when it’s clear they can’t win, and I think he does it again on Saturday. Fury TKO-9

This is a showcase outing for Fury, with Top Rank/ESPN looking to build Fury’s profile in America before putting him into another real, competitive fight. What’s understood doesn’t need to be explained. Fury UD-12

Tom Schwarz is just over 6’5” and in good shape. His post-fight brawl with Senad Gashi after the latter got DQ’d for excessive headbutts was amusing. Those are the extent of his qualifications for this fight. Unless he’s been holding out in a major way, he’s got nothing with which to trouble Fury any more than the likes of Franceso Pianeta did. Or rather, didn’t. He’s not adept enough in the clinch, not good enough at cutting off the ring, not powerful enough to throw “The Gypsy King” off of his game.

For me, the real question is whether Fury can actually make this the entertaining sort of blowout. Generally speaking, the watchability of a Fury fight is inversely proportional to how much control he has of it. Schwarz is at least good enough to last the distance, so expect Fury to move, clinch, and bamboozle his way to another meh victory. Fury UD-12

Tom Schwarz appears to have been handpicked for Tyson Fury’s Top Rank/ESPN debut. The sizable German is being “sold” on his unbeaten record, but his plodding style and height should play into the hands of the Gypsy King. The preamble between these two in Wednesday’s press conference had shades of Fury-Pianeta last year, with joviality from Schwarz seemingly disarming himself from any real self-believed threat come fight night. Fury rarely gets licked when he’s on his toes, controlling the fight at distance. There may be pressure for Fury to put on a show in his Las Vegas debut, however; this won’t be risked at the expense of the job in hand. Schwarz has come across as a really likable guy this week, but it looks like he understands his role inside the MGM Grand. Fury KO-10

Bad Left Hook will have live coverage of Fury vs Schwarz on Saturday, June 15, starting at 10 pm ET on ESPN+, with prelims at 7 pm ET on ESPN2